It was one of those days that was a bit of a surprise. Synoptically, nothing too special was going on and SPC only expected general thunderstorms. In fact, there was a ridge across the Southwest United States. Nothing stood out on the upper air charts, but as the morning progressed, it was obvious there was a bit of a shortwave embedded in the flow. As it reached the foothills, thunderstorms formed over the Palmer Divide where the barely +40ºF Tds. Still early in the season, I was excited just to get out and get on a storm, so I headed south from my apartment in Centennial. 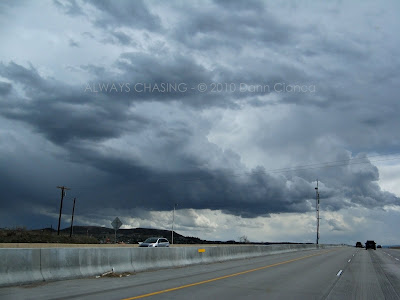 I continued south on I-25, watching more storms pop off the foothills. A couple actually started to gain some strength and at this point, my main objective was to look for hail. So, I lined myself up with the next storm coming off the mountains at Greenland. 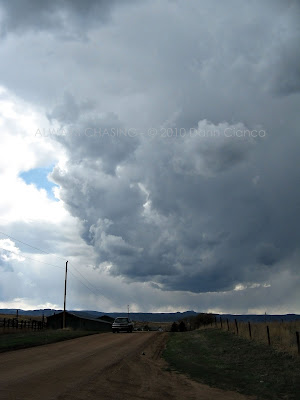 Updraft of the storm forming near Greenland.

As I kept with the storm on Greenland road, heading east, small grauple-like hail began to fall. I stayed with the storm, listening to the thunder and enjoying the open range on the Palmer Divide and the hail started to get larger. Though it wasn't up to severe criteria, I had always been in the habit of calling in hail larger than 0.5", so I gave Denver/Boulder a call. I identified myself and gave my position and mentioned that the hail had reached 0.5" with some stones possibly a bit larger.

Unfortunately, and not to my surprise, I was treated like an idiot. First upon giving my location, it was inferred that there was "no thunderstorm" there and thus could not be any hail. I assured the man on the other line that I do have my degree and know what thunder sounds like and what hail looks like, though I was not rude about it. He thanked me and that was it. Really, though, I've had as many negative experiences calling the Denver/Boulder office as I have had positive ones. Yes, I understand that the hail size was sub-severe... I was trained in Montana to report storms and told to report hail of *any* size. While in Colorado, I generally report hail that is larger than 0.5" (and now 0.75" after having a conversation with someone working there), but that's no reason to be condescending. You would figure that on a boring day like that, it would be nice to have at least a little ground truth. If it were a day where there were larger storms all over, I would not have even called. It still frustrates me. Here are a few photos of the non-thunderstorm that did not produce any hail: 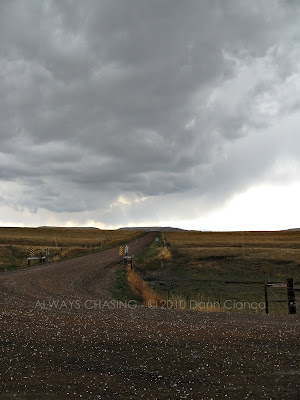 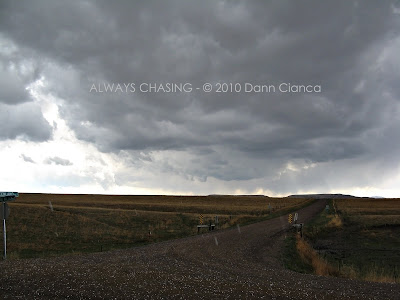 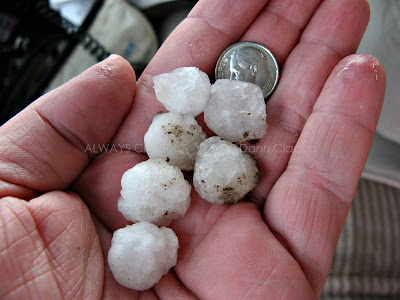 On a normal Sunday afternoon, I head up to my aunt & uncle's house in Thornton for dinner and as it was Sunday and the storms weren't really doing anything special, I decided to leave them and go enjoy the company of my family. It was a beautiful afternoon and I took a moment on Lincoln Avenue to grab one fleeting shot of the storms to the south. 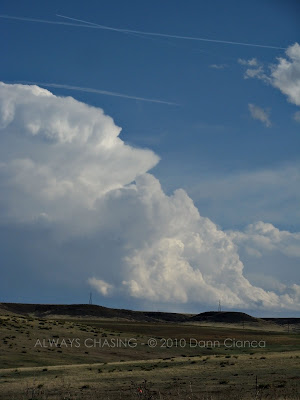 So, on the north side of the metro area, I enjoyed some steak at my aunt's place! It was absolutely delicious! My ever-present meteorological curiosity, however, got the best of me and beckoned for a check of the radar. Surprised, I saw a big cell up to the northeast. I ran outside and had a look at it, well-lit by the evening sun. I apologized for the brief visit and hit the road... 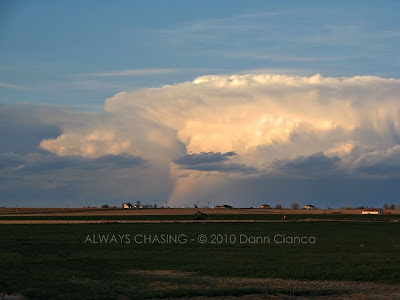 I pursued the storm, finally catching it south of Wiggins on Colorado 52. I stopped at the bend and though the storm never really went severe, I enjoyed the lightning show, talking occasionally with Skinner. 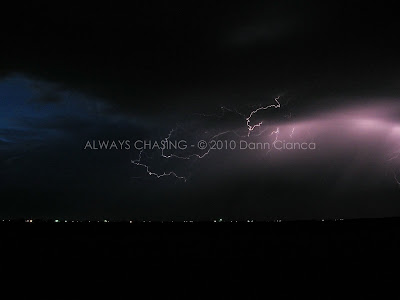 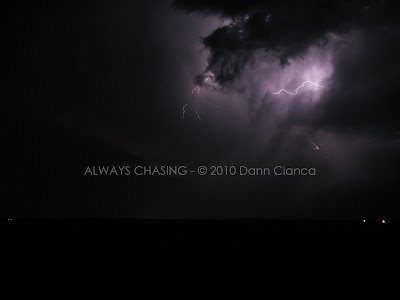 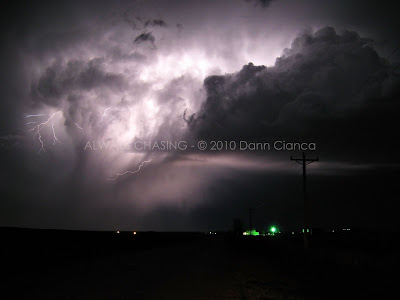 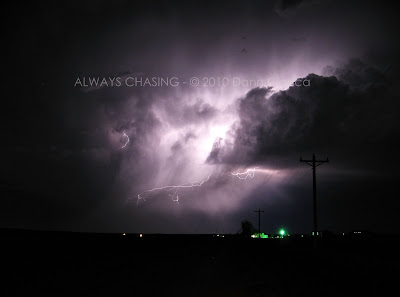 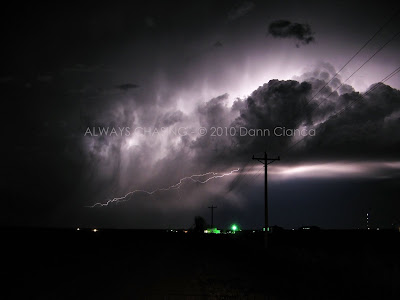 While watching the light show, I was parked on one side of the dark road and was standing just off the shoulder on the other side. I learned that night that you should never assume that oncoming drivers are paying attention as someone drove past, avoiding my vehicle but not seeing me and passing about a foot away from me at 35-40mph. Immediately after passing, they slammed on the breaks and proceeded to reverse and yell at me for not being more visible. It was partially my fault as I had not left my running lights on, so I didn't get mad. It was a close call! ... something to think about when out shooting at night.

I headed on back to my aunt & uncle's place afterward and hung out with my cousins for a bit and then went home. At the end of the day, it was a nice local chase with some early-season lightning success. 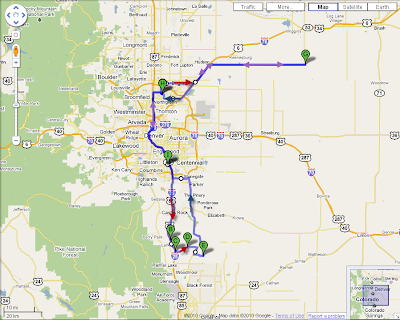 Dann.
PS: I do have video from the day but haven't begun to get through this year's video.
Posted by Dann Cianca at 9:56 PM

Yowee those are some wicked lightning shots Dann.
That was a full day!
It does rather suxor when one gets dealt with like that when trying to help, what can ya do. Hope for somebody else the next time haha.
You got more lightning shots that day that I have so far this year!

Thanks Boomer! Not a bad lightning show for Colorado in April.