The cap never *really* broke all the way. Storms went up and fought with the inhibition and lack of upper level support all day and thus remained subsevere. The highlight of the evening was coming across this abandoned building in Buckingham, Colorado. We eventually followed this cell to Sterling where we had dinner and headed on home. 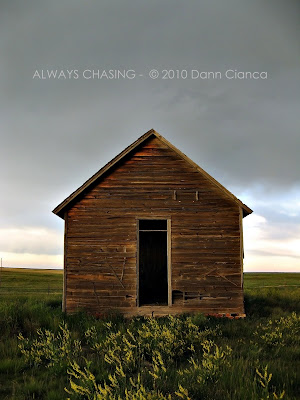 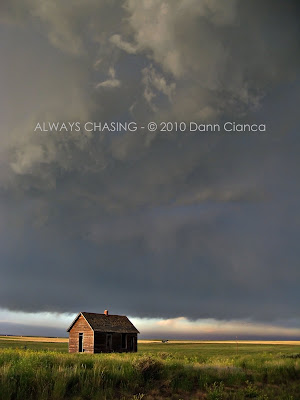 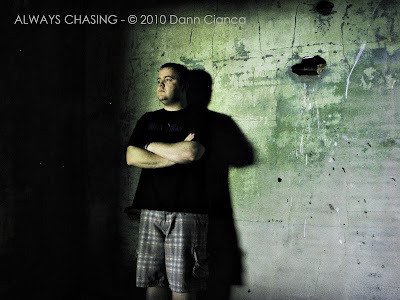 Just messing around in the old house. :)

Horrendous inhibition all day... possibly broke by convergence on the Denver Cyclone or some upper level lift coming through... haven't had the time to dig in just yet. Knew that the hodos supported supercells if something went up (though the CAPE was rather meager). Anyway, after towers went up and seemed to persist, I hit the road and went out east. The light was amazing... which really set up the fact that every updraft started spinning like a top. I photographed at least 4 supercells with high-based, laminar mesocyclones. Some had multiple mesos.

Night was fantastic until I blew a tire out on I-70 on the way back and then stripped the lug trying to get it off. Somehow, I managed to get leverage on the lug and get it off, but not after spending an hour on the side of the road. I think the pictures were worth it, though. 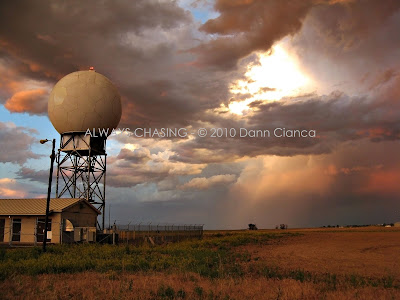 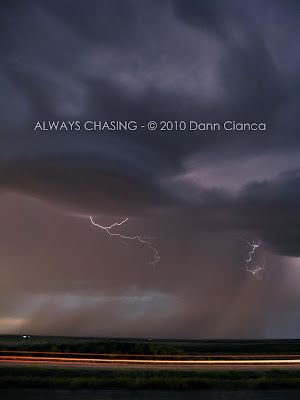 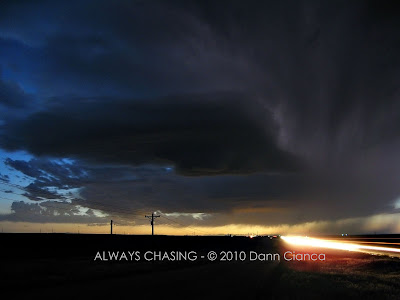 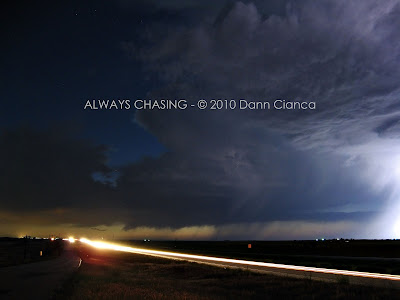 Dann.
PS: The first photo is of TDEN, the Terminal Doppler Weather Radar (TDWR) for the area.
Posted by Dann Cianca at 2:13 AM 2 comments:

Another last minute call to head out after work since storms hadn't completely gone out of reach. Intercepted three tornado-warned cells, though none of them produced. 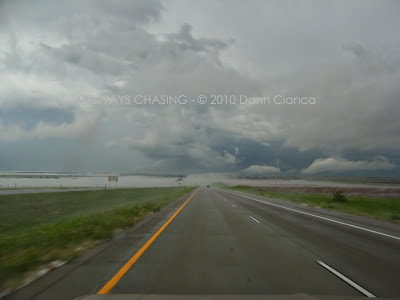 Backside of a strong but skinny meso north of Stratton, Colorado 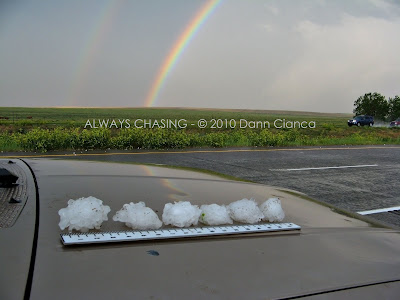 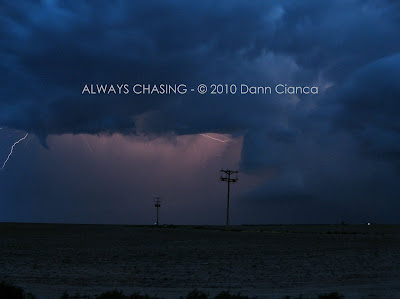 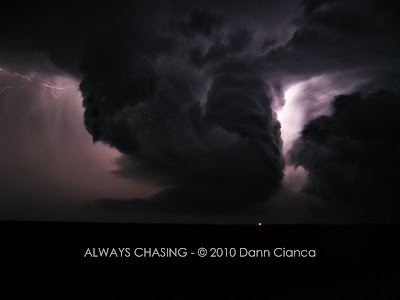 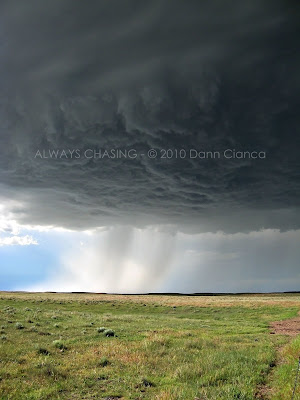 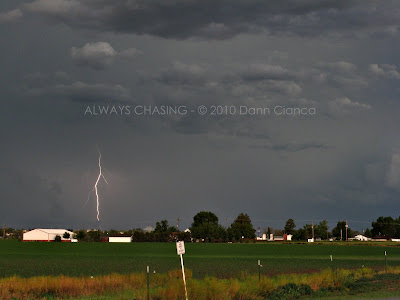 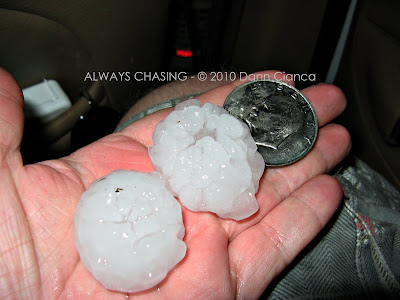 Went out today and watched the cap hold over the Palmer Divide. Weak storms went up, we pursued, they died. Grabbed some dinner, storms looked better (blame the better lapse rates!) so we saw some color and then headed home. As we were getting back to my place, the light show started, so I headed over to the closest park-and-ride garage and gargoyled it on the top for a good, long while. 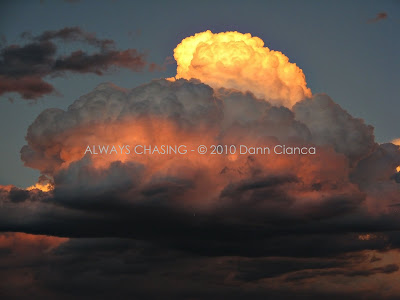 Colorful convection east of Denver. (Had to do a short exposure to prevent the top from overexposing). 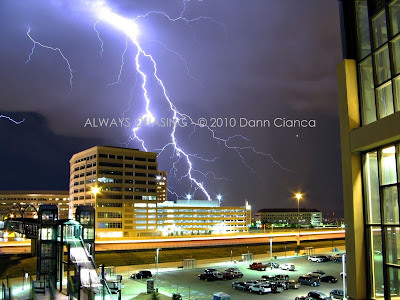 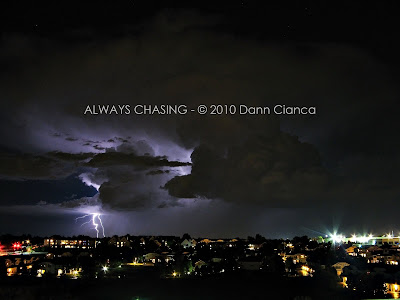 As the storm left to the east. Would have had some better shot, but the gusty outflow was laden with spray... so I couldn't get the camera out until it was distant.

Since I know it is going to be a long, long time before I get to writing up the full report, so here are a few more photos with a special nod to you structure freaks out there. ;) 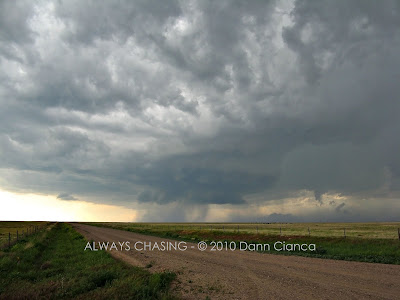 At about 4:00PM, mesocyclone starting to strengthen. 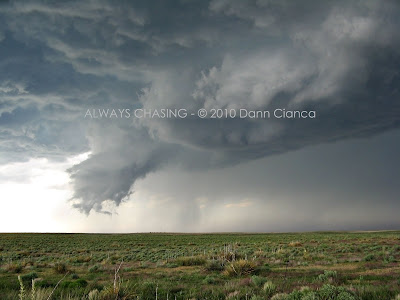 Decent wall cloud on the back side of the meso, which subsequently produced a couple of funnels and a brief tornado. 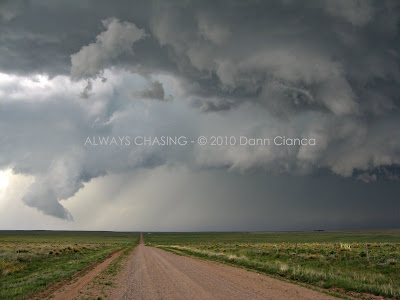 Another occluded wall cloud on the left and the new wall forming on the right. 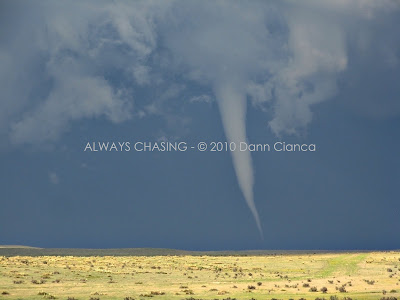 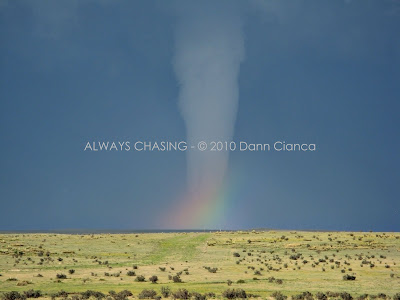 Another shot of the Campo tornado. 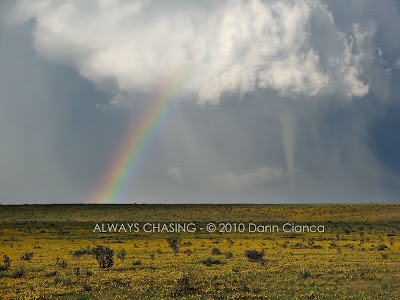 We watched this tornado touch down at about 6:30PM. The white funnel came around the back side of the wall and was very well lit. We believe this tornado touched down on the Oklahoma side of the state line. (Pueblo NWS says the Campo tornado ended at 6:26PM). This tornado lasted until 6:36PM before the funnel widened significantly and it appeared to lose its contact with the earth.

Sorry for milking this so much, but man, this was my best chase day ever. Combine amazing tornadoes with beautiful scenery and give me a chase close to home and relatively free of frustration and this one tops them all.

Thanks again for looking.

This tornado (unreported) occurred at about 5:05PM (a full hour before the photogenic Campo tornado). I'm calling it a tornado because my video (not shown) shows brief dust swirls in the vicinity of the thick funnel. (Will get that video up eventually but don't currently have a way to work with my HD video on my computer) Anyway, we sat at this location (4S Elder, Baca County) for about twenty minutes, watching this wall cloud (about two miles north of us) slowly develop and begin to produce funnel clouds. There were several funnels and a brief tornado before the wall folded over on itself and eventually wrapped in precip. In the second photo, the rain-cooled air helped condensate the wall cloud much closer to the ground. Due to the precipitation, we were unable to determine whether we had an actual tornado wrapped in rain or not. The photo is inconclusive. At the time, we also did not have any phone service (neither Verizon nor AT&T) and were unable to report what we were seeing. Though I'm not near ready to write the full report up for the day, I figured I would put up my pictures of this event since it went unreported. 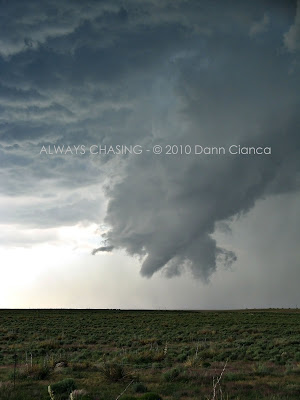 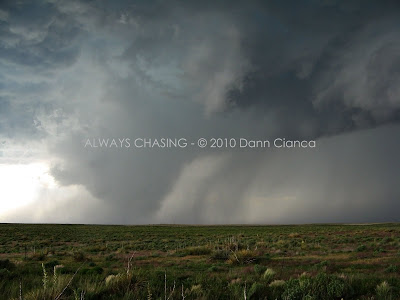 At least three tornadoes today... these were the last two. Not really much more to say... I think the photos say everything. 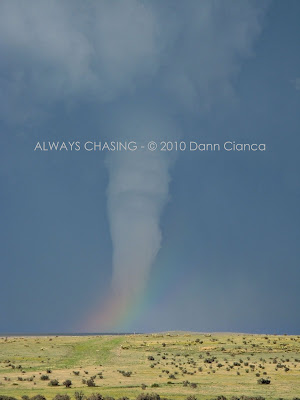 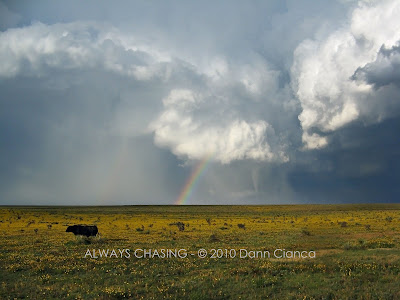 Video will be on Good Morning America today (Tuesday).
Posted by Dann Cianca at 1:45 AM 9 comments: