The following pictures were all taken from US40 near the Logan/Wallace County border in Kansas and are pointed to the Northeast. At the time, (about 10:30PM CDT/330Z) there was a decent velocity couplet on radar. It was difficult to see exactly what was happening unless there was lightning lighting up the cloudbase.

I'm hoping someone else was out on this storm and has additional documentation on what we were seeing. I called the Goodland NWS and the gentleman on the phone was more interested in talking to me about how windy it was in Goodland. I was trying to explain that there was a ground-scraping wall cloud (at the very least), but no tornado warning was ever issued on the storm.

Also, as far as I know, no damage was reported in the area either. 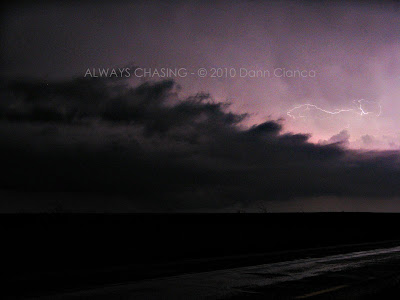 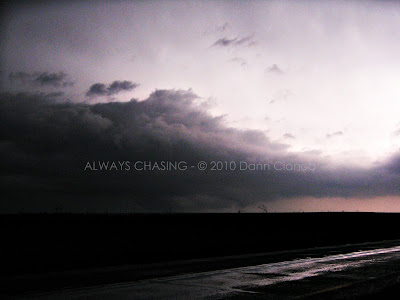 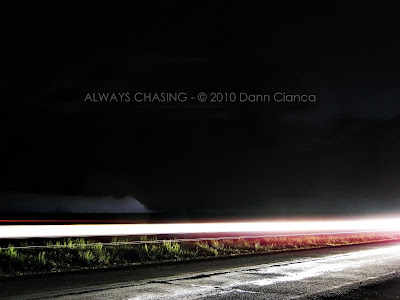 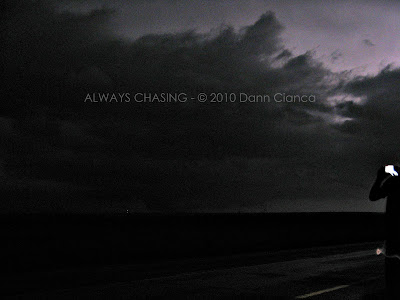 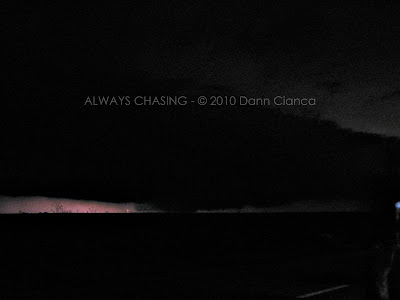 Images are all enhanced for contrast. Click on images for a much larger view.


Dann.
PS: Have video of the same event, though I'm not sure it will add substantial weight to the situation as I think my long camera exposures (15sec) did a better job. Then again, I haven't really been able to look at the video.
Posted by Dann Cianca at 11:03 PM