While out on my run last night, I had trouble avoiding tripping over myself as I stared, slack-jawed at the incredible sunset. One of the amazing things about living here on the Front Range of the Rockies is the propensity for wave cloud sunsets, especially in winter months.

For the past couple of days, we've been in zonal upper level flow which means the jet is basically plowing across the western half of the country in a west to east fashion with out much if any amplitude. These strong upper level winds do carry a little Pacific moiture with them and are forced up over the Rockies, making a wave. In the of the mountains when the air no longer is supported by terrain, it falls, mixing down in the form of strong winds. Temperatures today were at least 20 degrees higher than those of yesterday as sinking air warmed, giving us a bit of a Chinook event. Temperatures approached 70ºF in some areas in the metro area while yesterday, they struggled to get above 40ºF.

As far as the upper levels are concerned, there is a bit of a rebound or rise in the air after sinking off of the mountains. This often materializes in the form of a standing wave cloud as the air rises and cools, condensing the moisture.

After being caught without my camera last night, I realized that we would see some wave cloud action again tonight, so planned around it. As the sun began to sink in the west and peeked out below the wave, the entire area was bathed in a golden light. I headed out with my cameras and tripods and set up shop in the empty lot east of my apartment complex. So, enough of the talking... let's see some pictures! 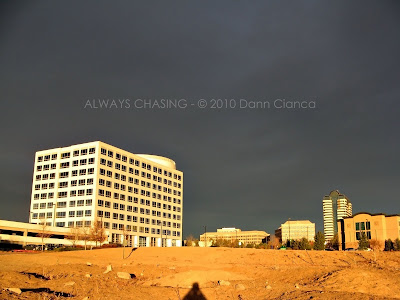 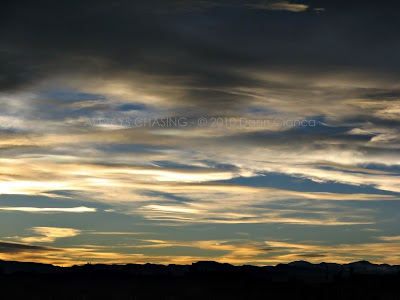 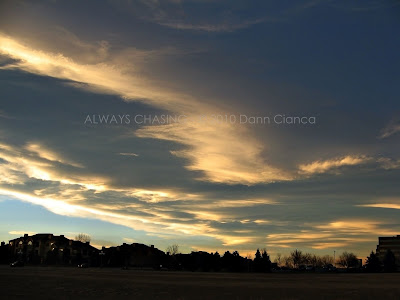 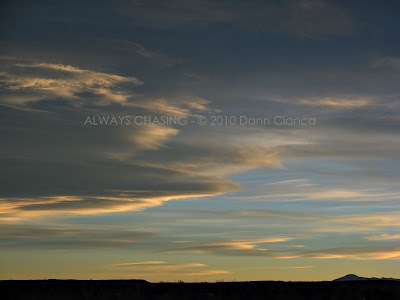 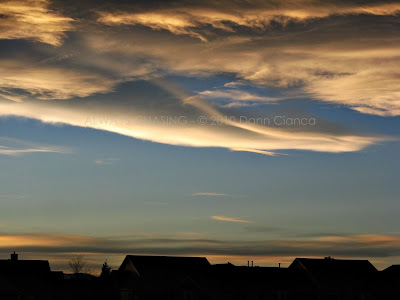 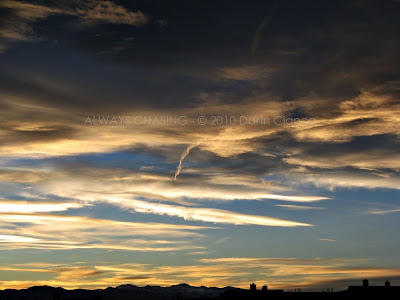 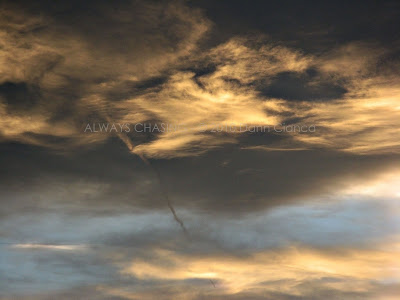 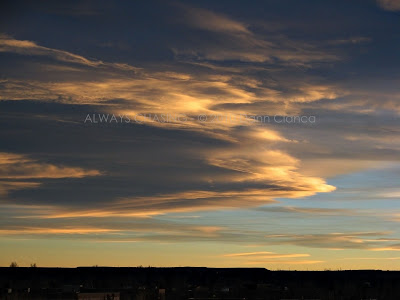 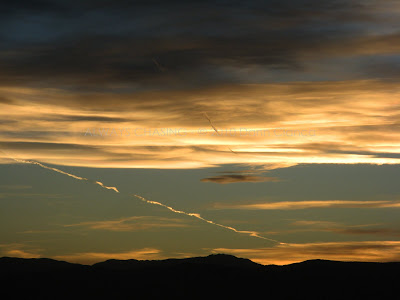 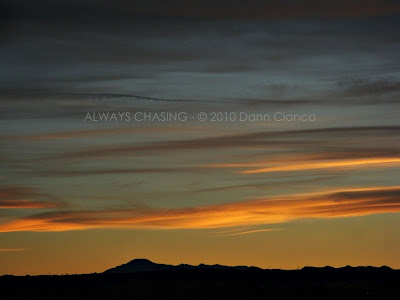 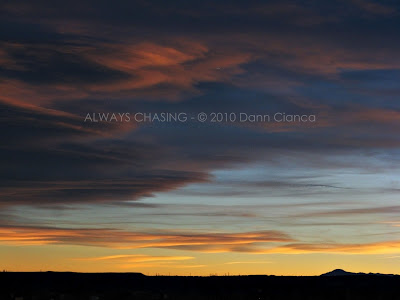 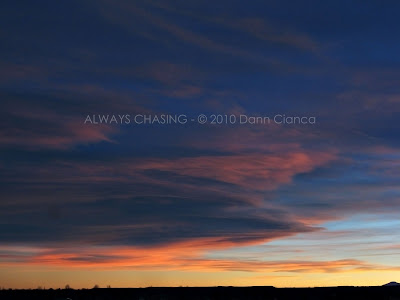 I also did a 42 minute time lapse video which I will attempt to convert to a usable format overnight and perhaps share tomorrow.

Speaking of tomorrow, the pattern won't change too much, though a trough is digging along the west coast. We'll see what is in store!

NOW THAT WAS A WAVE AND A HALF! SURFS TO YO PICS!

That was a Sweet sunset... im gonna have to go try to catch some tomorrow when i am not stuck in a building making sure the bad guys dont come in LOL gotta love duty for the army

sweeet
I saw the wave on IR this aft and was wondering if you were getting a show.
Nice stacks!

Bill: 7 hours left on the encode! I'll try and put it together tomorrow. Lol.

Eric: Indeed! We should have another shot tomorrow.