With friends in town for their respective Spring Breaks, I had an ambitious plan to tackle as much of Arches National Park as time would allow.

We set out from Grand Junction in the morning and traveled into Utah. I decided to depart I-70 at exit 214, which is the "old highway" to Cisco. The road isn't maintained that well but it was deserted and fun to drive on. We had a beautiful, direct shot at the snow-capped La Sal Mountains, which really dominate the scenery in this portion of Utah. 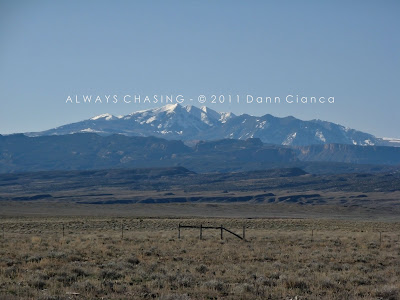 The road meets up with Utah Highway 128 past Cisco and heads south where it joins the Colorado River at Dewey. From there, the road enters a canyon which as best I can tell, is not officially named. We stopped several times in the canyon to take pictures. 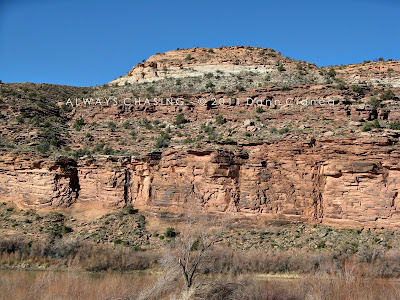 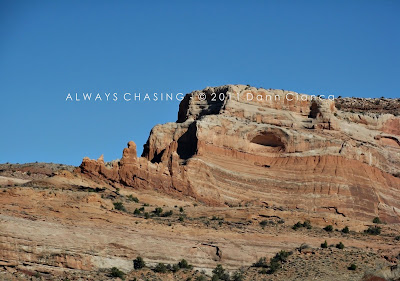 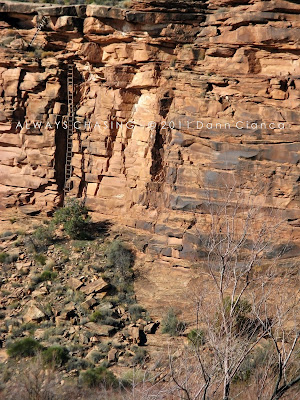 A curious ladder on the canyon wall. 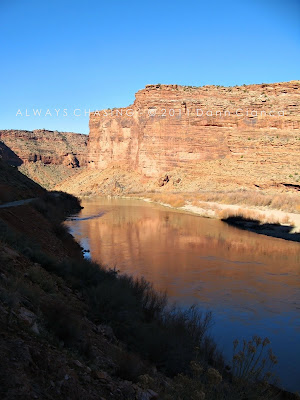 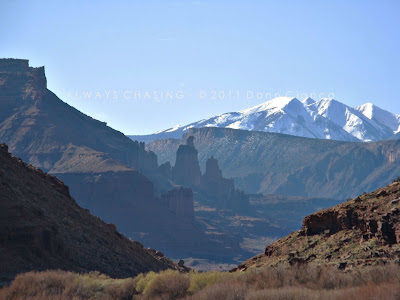 The Fisher Towers in the foreground and the La Sal Mountains in the back. 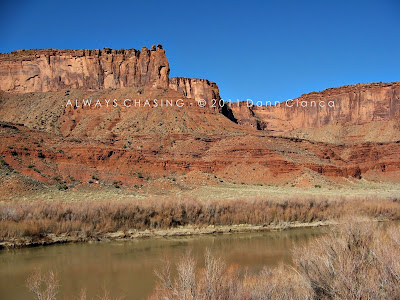 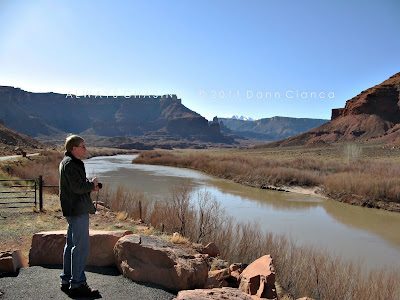 Kendell taking in the view.

The road eventually leaves the first canyon into an open area named alternately Professor Valley and the Richardson Amphitheater. The view from this area is exquisite. I neglected to get any more photos of the Fisher Towers since the light was bad. However, the view to the southwest was of the outer spires bounding the Castle Valley beyond. In the picture below, the spire/pinnacle on the left is known as Castleton Tower (Google Maps) or Castle Rock (DeLorme). This is definitely one of my favorite photos from the day. 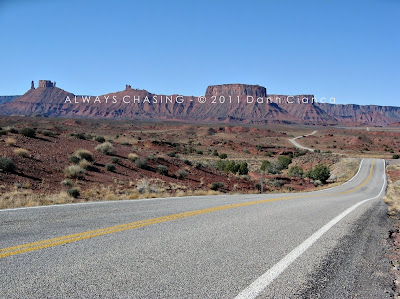 The road then enters another canyon along the Colorado River which stretches from Castle Valley to Moab. 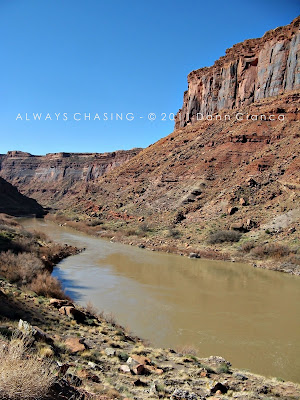 We arrived at the entrance to Arches in the late morning and the three of us were very excited to explore! If you've never been to Arches before, the park road climbs out of Moab Canyon onto a flat plateau which is dominated by red sandstone fins, spires and other formations made of the predominant Entrada Sandstone.

The first sight the visitor comes to is the Park Avenue area and it is quite the sight! Especially on this morning with the sun behind us and a perfect blue sky to the north. 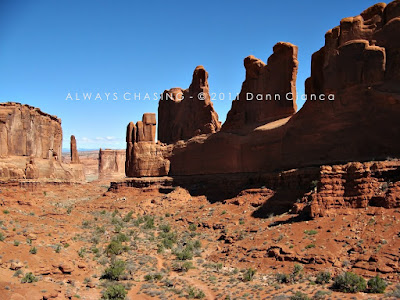 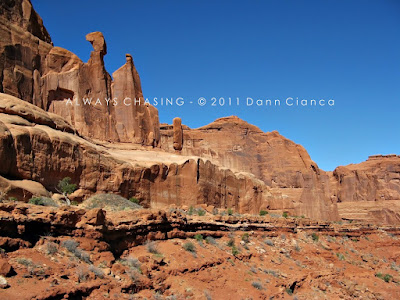 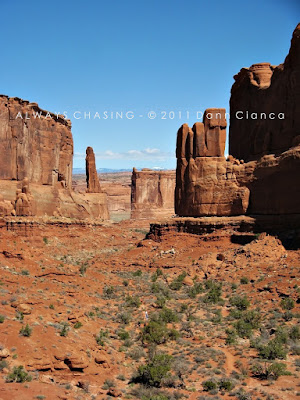 Just around the bend from the Park Avenue area, the road twists through the Courthouse Towers section. 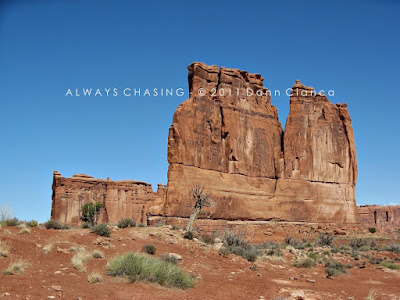 The Organ (foreground), Tower Of Babel (back) 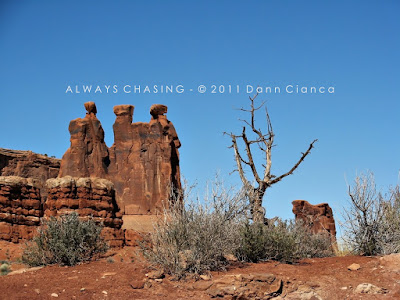 I couldn't decide which of the next two shots I liked the best, so you get them both! They are of The Organ. 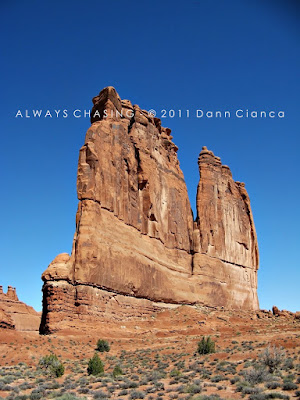 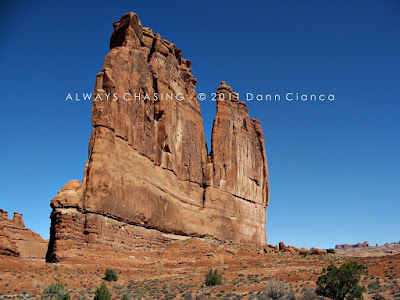 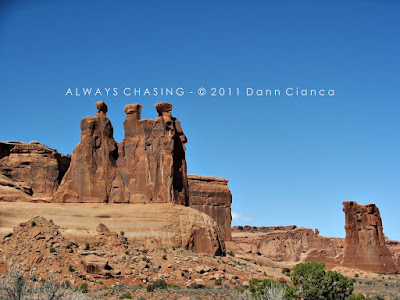 We continued north along the main park road past the The Great Wall and the Petrified Dunes. I kept promising Katherine and Kendell that we would stop later "when the light was better". I just didn't want to get too far behind on the day and not be able to see all of the main destinations I had planned. 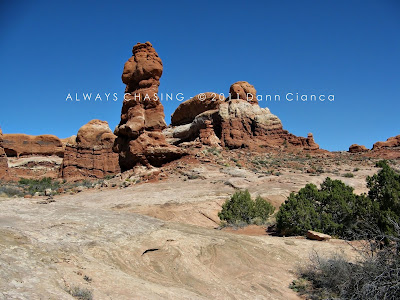 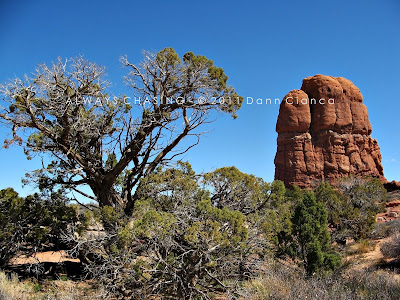 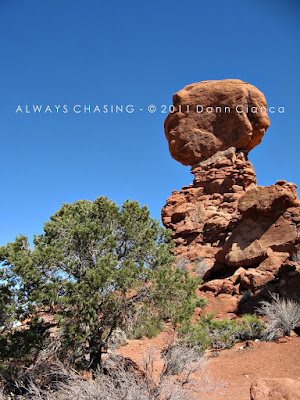 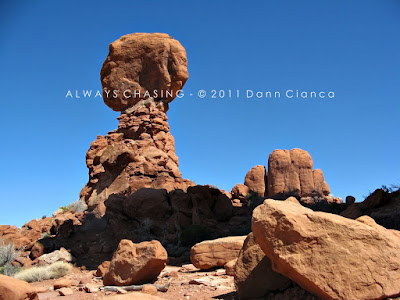 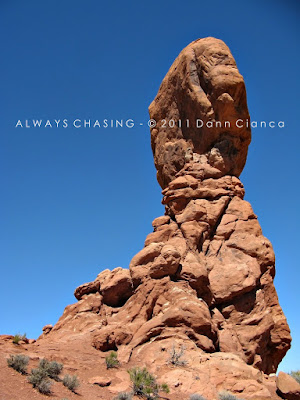 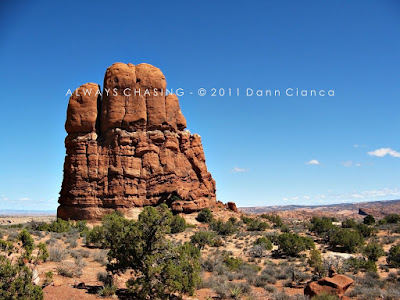 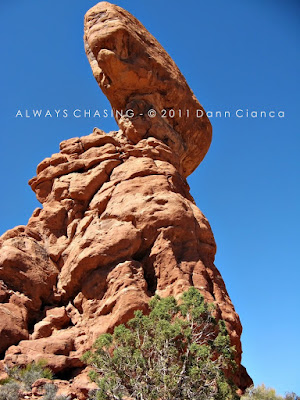 Though temperatures were only in the fifties, it just feels warmer in the desert! We briefly stopped at the Fiery Furnace, though without a reserved guided hike, you are not allowed in that area, so we just took some snap shots from the road. 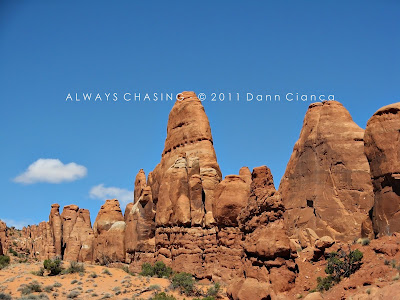 I would like to get into that area on my next trip to Arches, but we had to leave it this time.

I have a lot of photos from this day, so I'm going to break up the posts. In my next post, I'll be sharing photos from the Devils Garden section of the park.