Typically on Monday nights, I play basketball with friends from the news stations at Mesa State (now Colorado Mesa University).  We don't usually start until 11PM and often finish after 1AM.  I was just finishing up one night when I noticed we had some storms on the way in from Utah.  I stopped at home briefly to pick up my gear and drove south to my lightning perch, arriving after 2AM.

There I sat for just a little under two hours, listening to music and watching as the line made feeble attempts to strengthen.  It never did do anything special and in fact, neglected to produce any lighting after I reached my perch.  I popped off a shot for good measure before heading home close to 4AM. 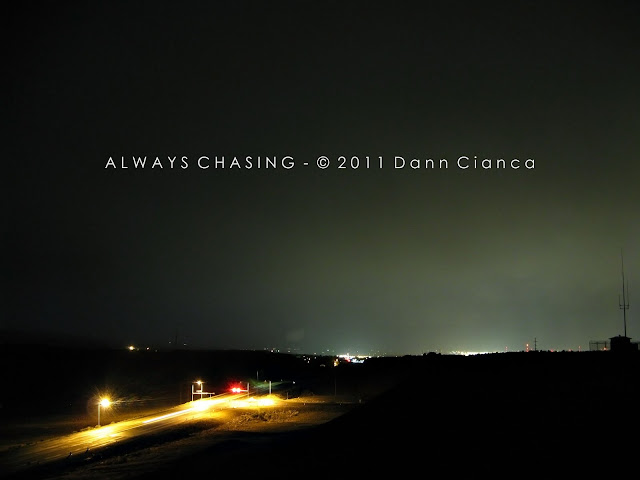 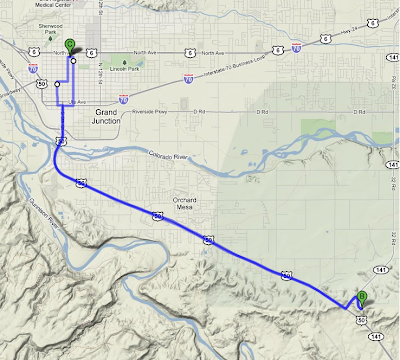 The two days previous to my lightning failure had actually yielded a few storms, which I was able to snap a few photos from at work. 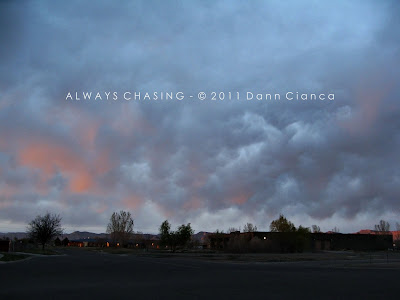 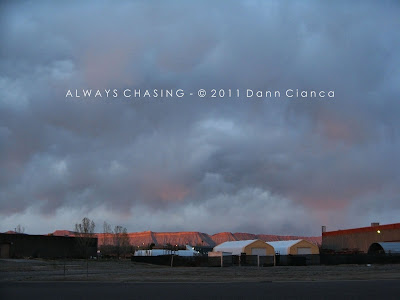 Evening color on the Book Cliffs. 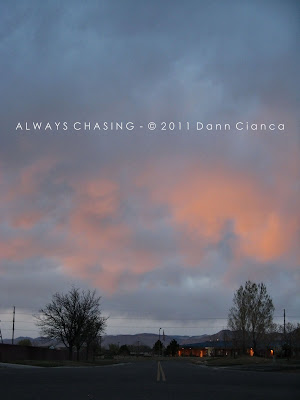 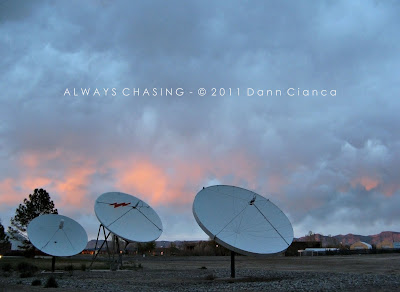 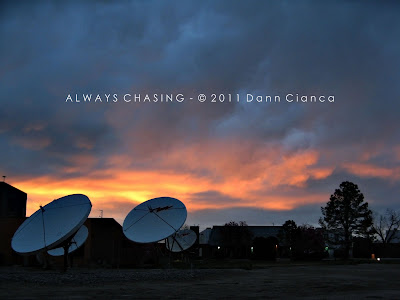 Sunset and our dishes at the station.
Monday, April 18th: 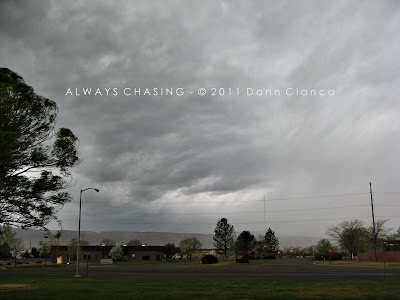 Turbulent skies as the storm comes off of "The Monument". 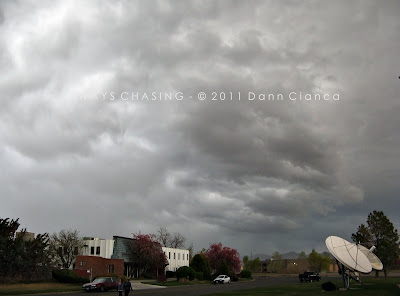 As the storm passed.
Dann.