Below Zero Temps, A Cloudy Future For Cleo and Big Sky Convection Milestone

Since the blizzard didn't really effect me (except occupationally since we covered it on air at work), I'm going to hit on the cold air that has invaded the Northern Rockies. Frequent readers of this blog realize that I'm rather Montana and Colorado-centric and this entry is no exception.

I have been tracking the temperatures very closely across Montana during the "arctic outbreak" if you will. As shown in the chart below, it's been below zero at some location in Montana for the past twelve days. While very cold, this isn't unprecedented. In fact, I was unable to locate mention of any records being broken. Yes, it can be that cold in Montana sometimes.


We've been pretty cold in Colorado as well. On the 9th, Denver set a record low of -17ºF, which is pretty cold for this area. The same morning, my thermometer dipped to -7.8ºF, which is the lowest temperature it has recorded in the past two years. It should be noted also that the thermometer is thermally influenced by my apartment building and is located at second story height, above the deepest reaches of the inversion.

Now for something a little warmer. I've been a little busy lately and haven't been able to keep up with all the happenings in the tropics, but we did have a Very Intense Tropical Cyclone (Cleo) in the Southern Indian Ocean this week. The storm peaked at 115kt but has now shed her convection and remains a 45kt storm. 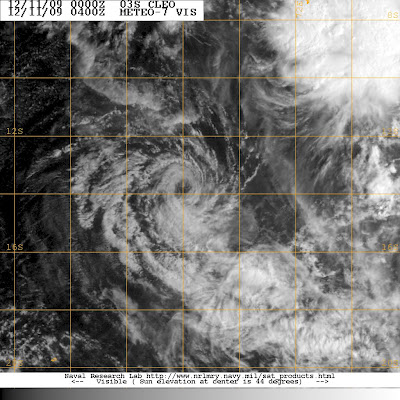 Finally, this blog reached a milestone today with its 20,000th visitor! Thanks everybody for reading and stopping by! 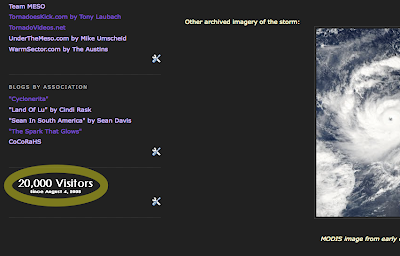