Did a little storm chasing on foot this afternoon. Storms are moving slow... but it's rush hour, so I probably won't follow. 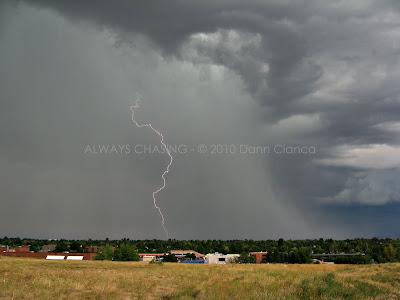 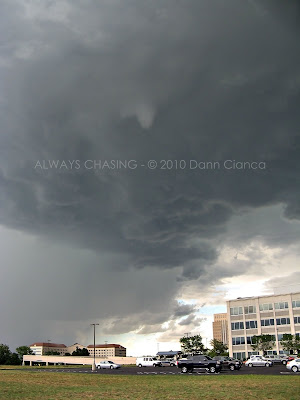 Anyway, given that these storms formed on a convergence boundary, I would have liked to have seen the ground under this funnel. I suspect it is more landspout-ish in nature. There wasn't much, if any rotation in the storm itself. 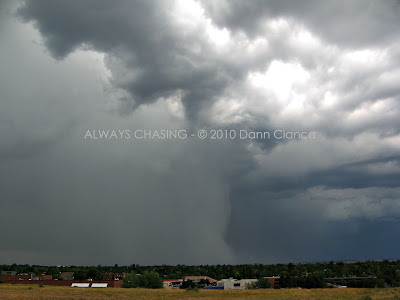 Are you sure that isn't scud?

Ben: Well, come to think of it... I better go back to Spotter Training... lol. I guess it was just a moderately rotating column of scud.

I shot some short video of the storm that produced hail over CR near the Target. We saw 3 very brief funnels, the last of which was like an inverted triangle. Nice pics man!

Nice dude...I was in desperate need of a storm. I dig the lightning shot! I was stoked when I got off of work when CG's were falling all over the place and went to grab the camera then the urban monsoon hit so I just sat back and enjoyed

Neo: You gonna put the video up? Thanks!