I met my friend Megan for a morning hike at the Devils Canyon trailhead.  I had previously explored the area on March 15th and wanted to return to the area during a different time of day.  However, instead of going straight up the canyon like I had done before, we explored the labyrinth of trails in the lower "front country" area (as the BLM calls it).  More information on the area can be found here:  McInnis Canyons National Conservation Area.

Her dog Sasha (presumed spelling) accompanied us as we curled west off of the trail that follows the wash.  The ground was beginning to turn a vibrant green, a new sight to myself having only been in the area through the non-growing months.  The sky was a brilliant blue and the cirroform clouds cut a stark contrast against it. 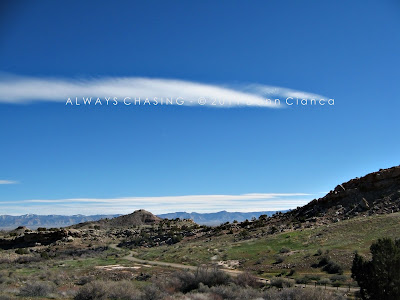 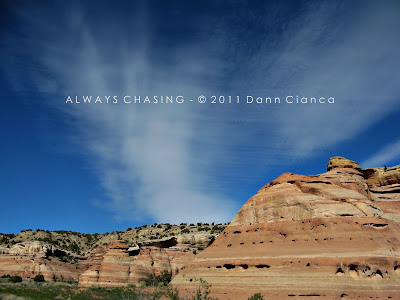 We continued west along the edge of the relatively shallow sandstone canyon, following it's contours.  Still in the early morning, it wasn't too warm and we only encountered a gentle slope. 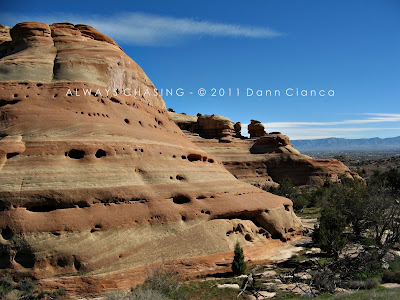 As an area of cirrocumulus moved overhead, I found it to be quite aesthetic and stopped to take several shots. 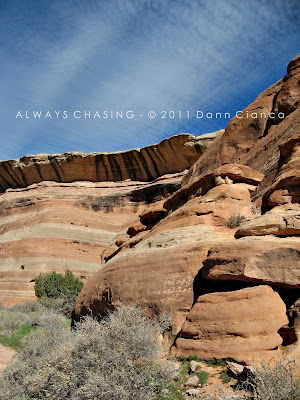 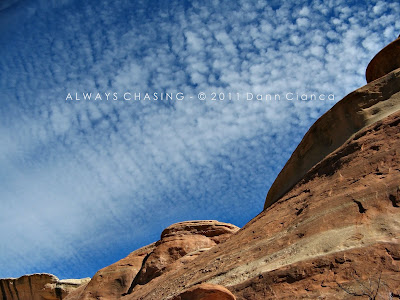 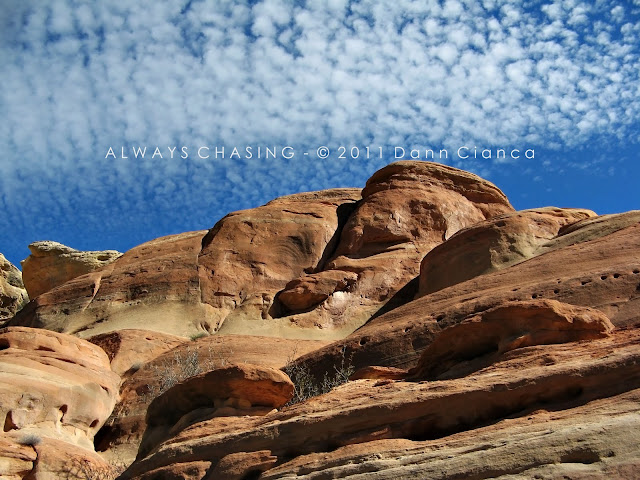 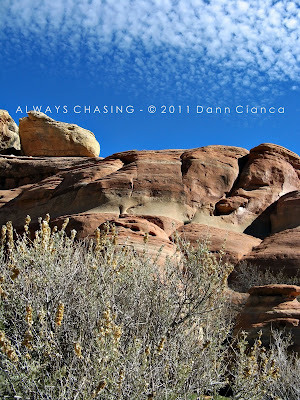 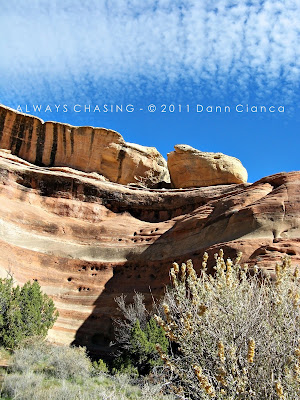 I do recall laying down trying to get a better perspective and was lucky enough to avoid the cactus in the area.  The trail began to make a loop along the canyon wall, pushing to the south. 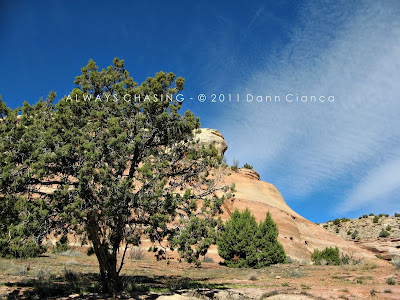 ... but it did take a short journey into a side box canyon, which I found to be quite photogenic. 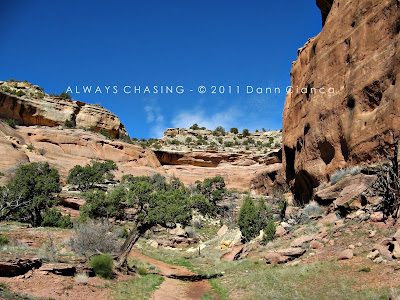 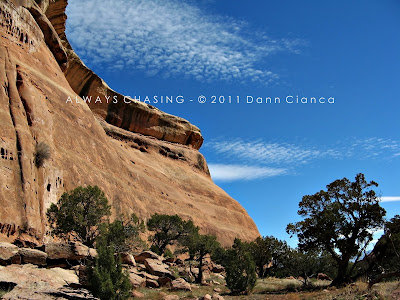 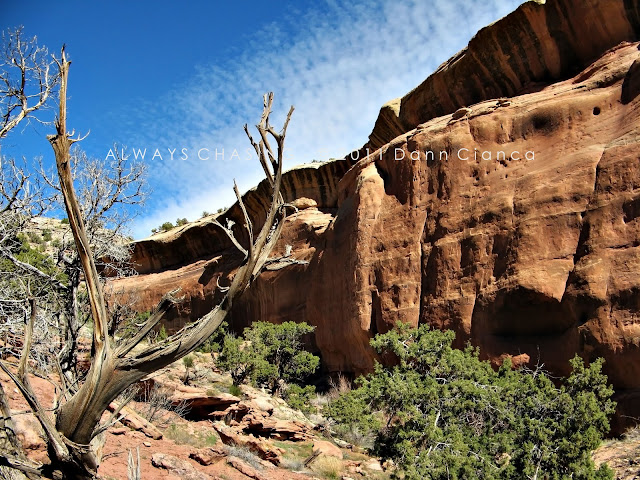 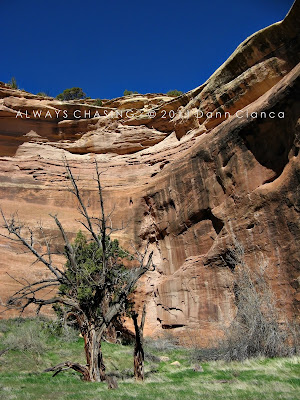 End of the box canyon. 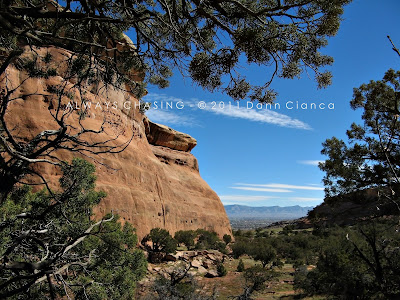 I made a futile attempt to scale the canyon wall and believe I would have succeeded, had I tried harder, but we eventually came back out of the canyon to open ground. 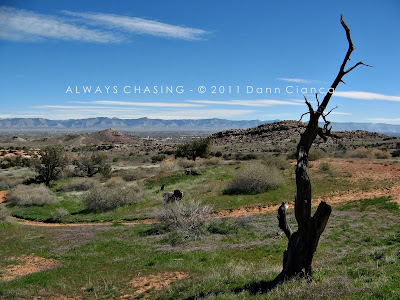 The trail did continue along the western edge of the wide expanse of Devils Canyon, however, and we discovered a curious door that lead to a shallow room in the rock. 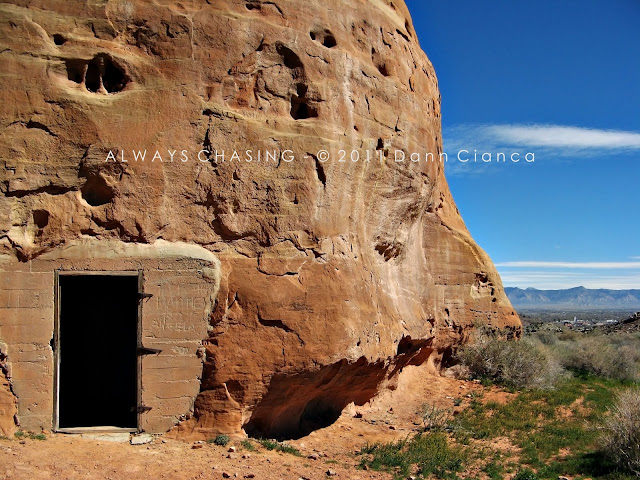 Upon doing some research, I found it mentioned that the room may have been used to store dynamite.  Moving away from the door, we found ourselves being watched by a bird of prey. 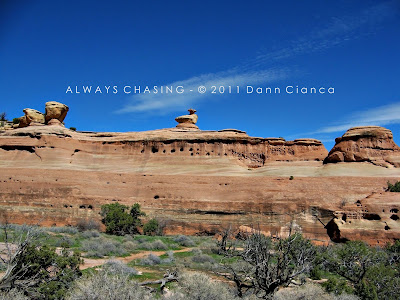 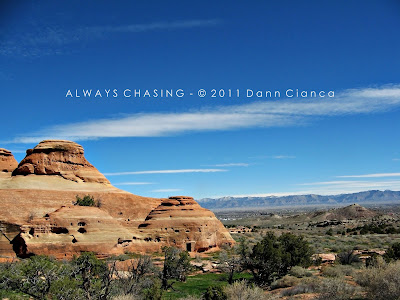 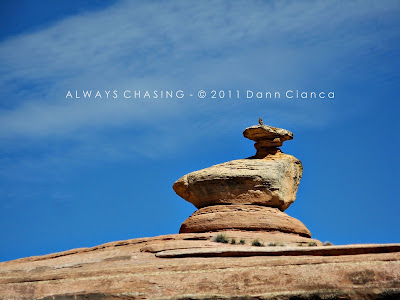 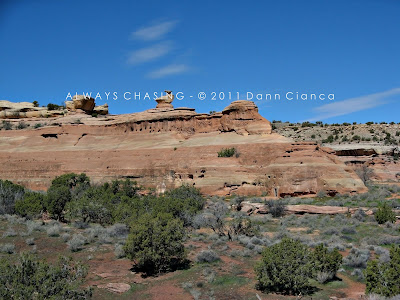 Shortly thereafter, the trail returned to the bottom of the canyon, meeting up with the still-running creek.  The water was the same milky color I had experienced a month prior. 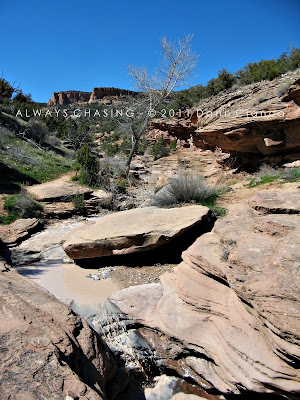 We followed the stream back out of the canyon.  It was a nice morning to get out for a short hike. 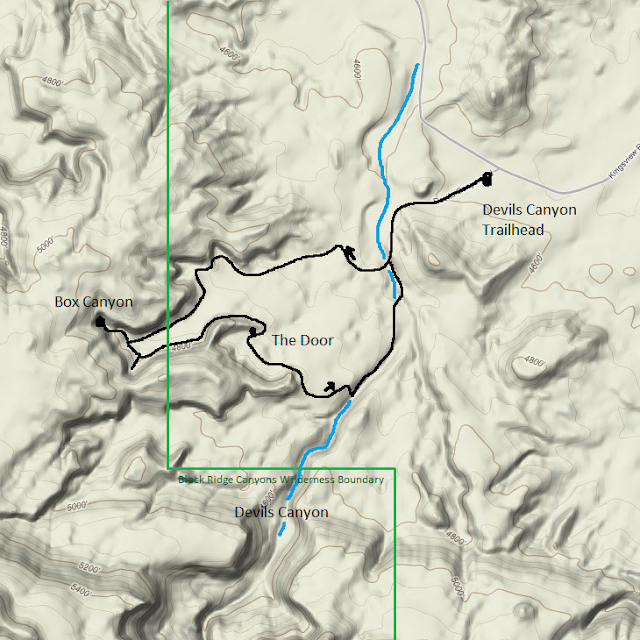