I've debated for some time as to whether to make this into a storm chase log or not.  Technically, we really didn't chase the storm; just inspected its remnants.

It all started on a hike through the Devils Garden, which isn't a metaphor, by the way.  I've you've not read the previous few entries of this blog, my cousin was in town for the weekend, so we spent a lot of time outdoors, exploring the area.

While hiking around the Devils Garden area of Arches National Park, I was frequently distracted by convection on the area.  A storm system had moved through the day before leaving us under the cold, upper level trough.  Though there wasn't much if any expectation of thunderstorms (see SPC's outlook), the lapse rates were good enough for rain/snow showers early and thunderstorms in the afternoon.

Highs only topped out in the upper 40s that day, but when the sun came out, it was beautiful.  As we neared the end of our hike, I was reasonably captivated by a decent looking storm which was billowing over the Moab area. 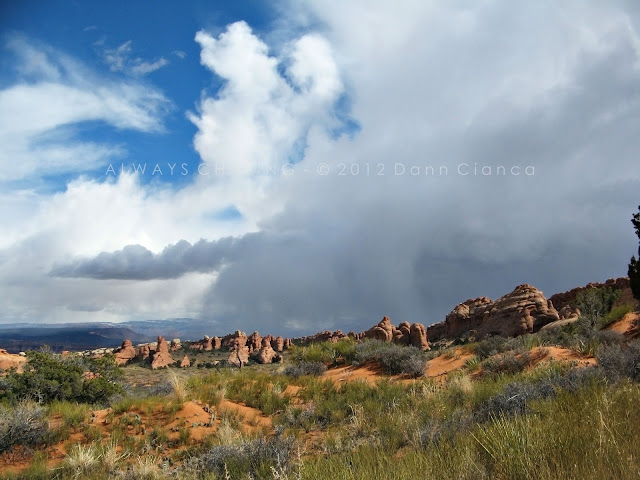 I was able to pull a radar scan and noted its intensity.  When we got back to the car, we discussed what to do next.

I would have dropped everything and chased the storm were it not for two factors:

1) I was driving a borrowed vehicle while mine awaited repair.

2) I hadn't planned on making Brad come storm chasing with me.

So, I did my best to monitor the situation while we took in a few more of the park's features.  The first storm dissipated as moved into the La Sals, but a second developed to the west.  They were moving south-southeast.  The second storm seemed to be producing some hail and developed a decent anvil. 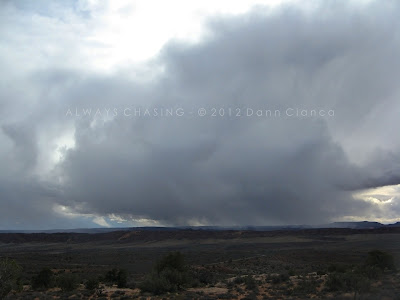 Looking WSW across the Salt Valley. 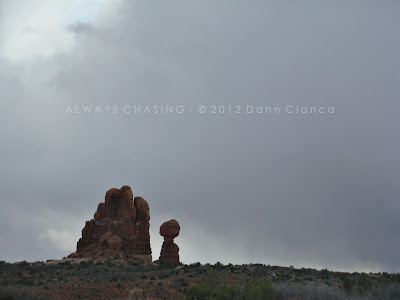 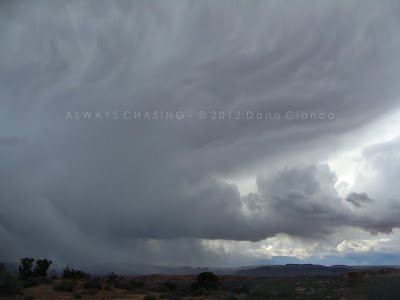 I continued to keep an eye on the storm as we toured the Windows Section, stopping briefly to take a photo or two. 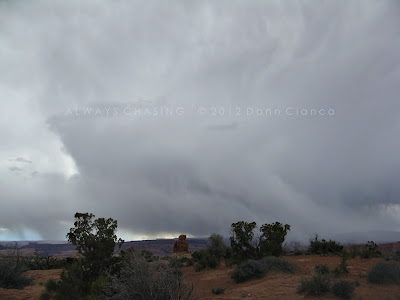 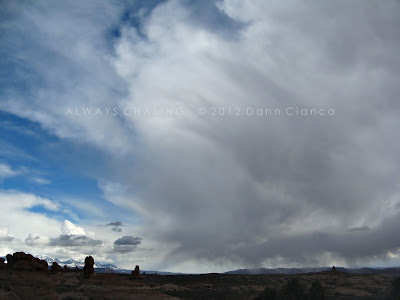 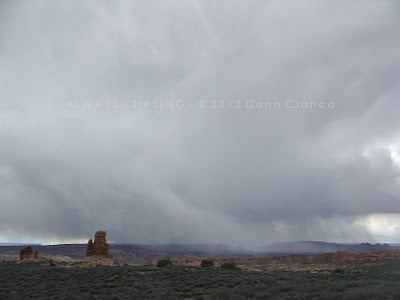 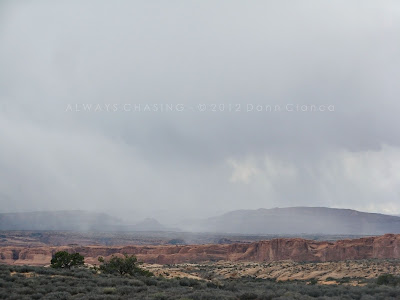 It was getting late and we were trying to decide what to do next.  We had done what we could via car in the park and did not desire to embark on another hike.  I suggested we head over to Dead Horse Point State Park for the sunset, but that seemed a little far.  The second suggestion as to check out the Potash-Lower Colorado Scenic Byway.  The state highway (UT 279) leaves US 191 near Moab and follows the Colorado River to Potash where it essentially ends.

Brad seemed up for exploring the highway and I was happy that the heaviest core of the storm was passing over that area.  I aimed to see what it had laid down.  We stopped briefly on the way out of the park to witness the storm as it began to die off, just west of Moab. 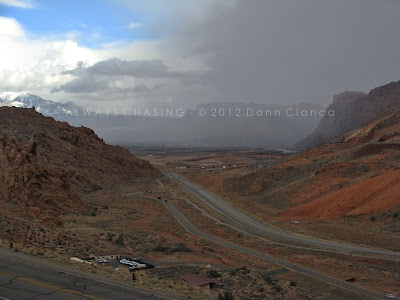 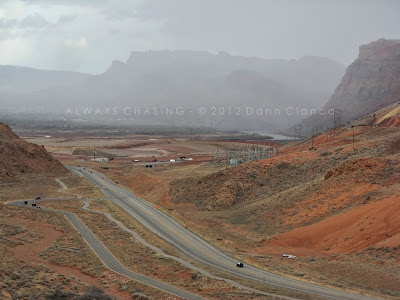 The drive through the canyon was fairly uneventful.  We found some small hail... perhaps 0.25" in diameter, which I unfortunately neglected to take a picture of.

I'll detail any non-weather-related observations in a separate post.

Unfortunately, we never really enjoyed the glow of sunset, but the light tried to poke through a couple of times. 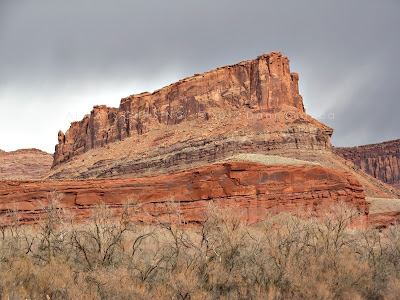 A small mesa in Jackson Hole near Potash.


So, like I said... hardly a storm chase, but I would say that I deviated from my normal path in pursuit of a storm, so it loosely qualifies with my definition.

We did find some amazing sights in this canyon, though... so check back soon for my next post! 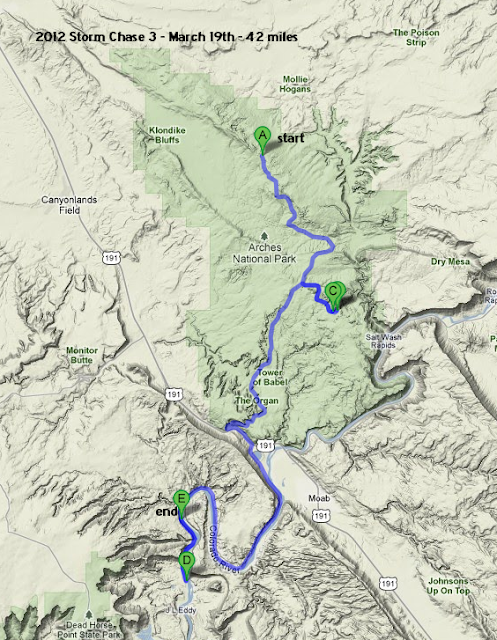