As a general rule, any time I've driven to Arches National Park, I've taken Utah 128.  This route departs I-70 near Cisco, Utah and drops south to the Colorado River, following it through its canyons to Moab.  The scenery is spectacular and has earned it a spot among America's Scenic Byways.  (follow link to a map)

I was to spend the day in Arches with my cousin Brad, who was visiting from Montana.  We got an early start and were not let down by the early morning light on the canyon walls. 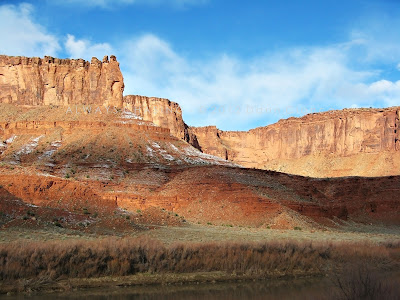 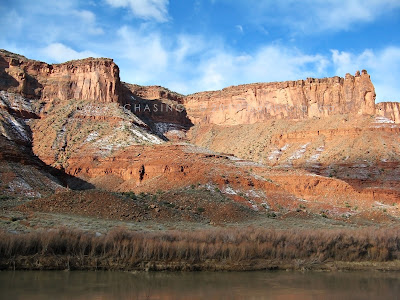 The tight canyons eventually open up on the Richardson Amphitheater, which is a wide park flanked by towering sandstone monoliths and bounded by the snow-capped La Sal Mountains.  The view is recognizable and it frequently seen in movies.  In fact, Brad and I watched John Carter of Mars the night before and were greeted with one such scene.

On this morning, I was absolutely delighted to see a light coating of snow on the ground. 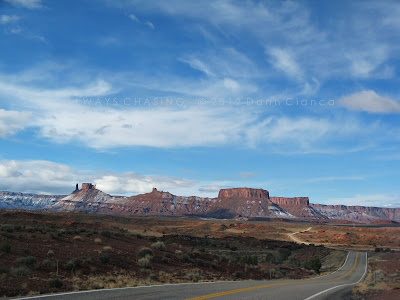 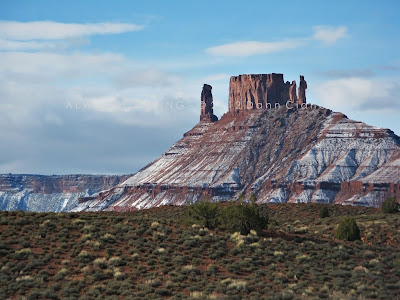 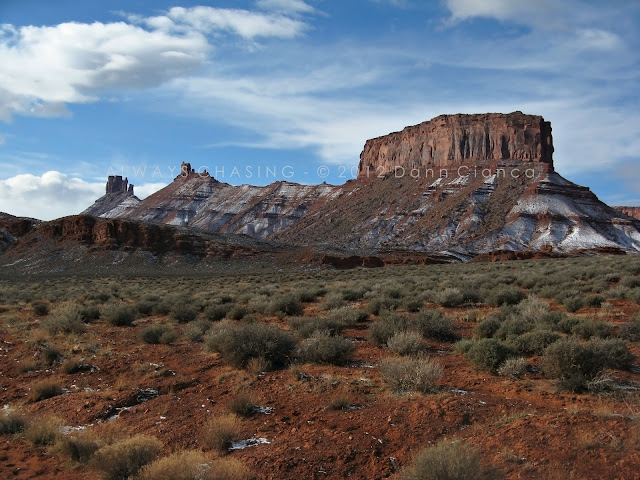 Another view from Professor Creek

From there, we continued on to Arches.  To be continued...