Was just looking through some old prints of photos I took back when I was shooting with an old Minolta SFT101 with an MC ROKKOR-PF 50mm lens.

A severe storm swept through the Butte, Montana area and a severe thunderstorm warning was issued, so I headed out the door with camera in hand. I literally walked down the street and saw the wall cloud. There was obvious rotation! 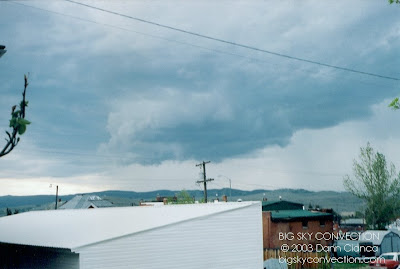 I jumped in the car and drove up the hill for a better shot. By this time, the wall cloud dissipated and the rear flank opened up. Lightning was frequent, so I balanced my camera on the car door and started taking longer exposures, resulting in my first ever photograph of lightning: 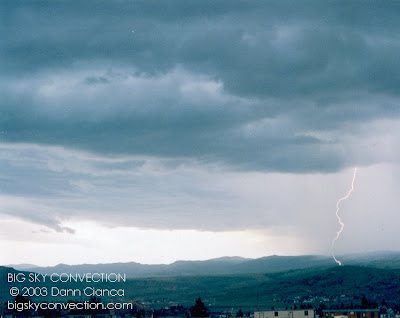 I remember running down to WalStarMart to get the film developed. I did have a digital camera at the time (an old Sony Mavica) ... but the battery was toast and expensive to replace.

This was the summer that I decided I needed to get the hell out of Butte and finally pursue my dream. I've come a long way in the last five years.

For as unforgiving as film can be, nice catch! Often wish I could turn the clock back to have been more aware during my ignorant years just after coming to IL. Can't begin to count how many good storms i've missed from 1997 through 2002.

Thanks Paul. It's funny, I knew a lot more about photography back then. I've been on digital since which has made it really easy with "auto" mode. My grandfathers both spent some time with me, teaching me how to operate a film camera. I wish I still had the info on the exposure ... I think it was about .5 seconds ... not bad for 3:30 in the afternoon. ;)