Typhoon Nida is giving us quite the snow in the Western Pacific. Winds are now up to 100kt (115mph) and pressure is down to 948mb. The storm continues to move off to the northwest. The near environment is conducive to continuing strengthening but not too far to the north is an area of very dry air. The storm is way above forecast at the moment as the eye tightened rapidly today, so we'll have to see what happens with the next advisory. Wait, scratch that ... as I was typing, the new advisory was issued in light of current analysis. They're bringing it to a 125kt SuperTyphoon before all is said and done. I'll definitely be keeping my eye on it! 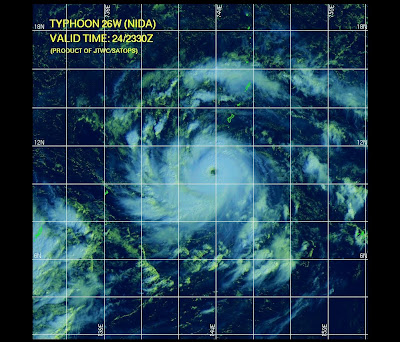 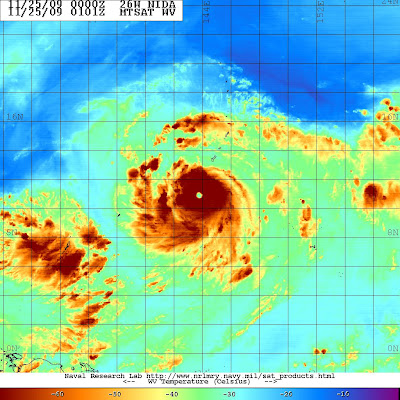 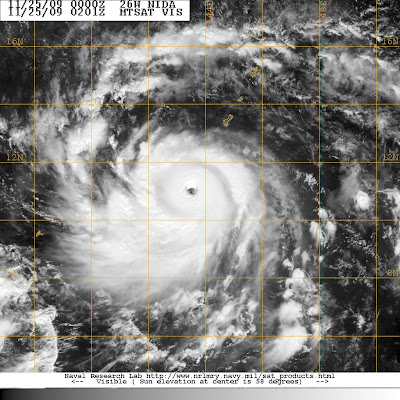 Elsewhere, Tropical Depression 27W is done for, nothing much left but some rain.

This area is still being watched for tropical cyclone development: 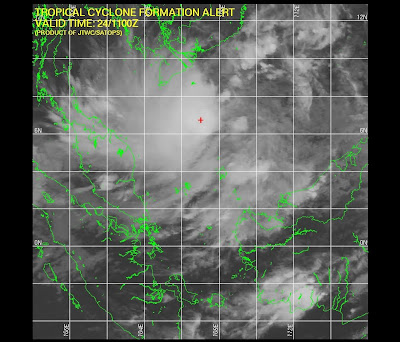 And finally, in the Southern Indian Ocean, Moderate Tropical Storm Bongani is skirting the northern tip of Madagascar, headed into the Mozambique Channel while slowly losing strength. 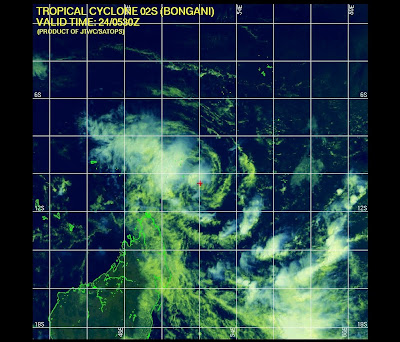 Back on the homefront, we had some interesting weather yesterday. On the backside of a system moving into the Central Plains, we got some nice jet-induced convection over the area. The CAA was pretty fierce too, but it was the vertical clouds that kept my attention. Though I didn't personally experience any snow, there were a few showers scattered about.

Should have a dry Thanksgiving around these parts.

Dann Cianca
(Since the overall picture hasn't changed much, I am not including overview tropical satellite imagery today).
Posted by Dann Cianca at 9:17 PM