Synoptics: Deep upper level low digging south through California. This system had been watched for a long time with the 22nd promising to be an pretty decent severe weather outbreak across the southern high plains. This was the day before the day. Downstream of the upper level low, there as a propensity to lift and while no large scale surface features had manifested yet, the Front Range was inundated in upslope. I hadn't specifically planned to chase on this day, but I kept my eyes out.

As the afternoon progressed, temperatures rose into the mid to upper 60s and dewpoints had increased into the mid 40s. A natural convergence boundary began to form along the Palmer Divide and soon it was obvious that approaching upper level system had really heightened the lapse rates. While at work near Centennial Airport, I watched as storms fired south of our office and move north-northeast toward us.

As the updraft came into view, we started to get hail, though it was less than 1" in diameter. I was happy, however, that I was staring down a weak meso. 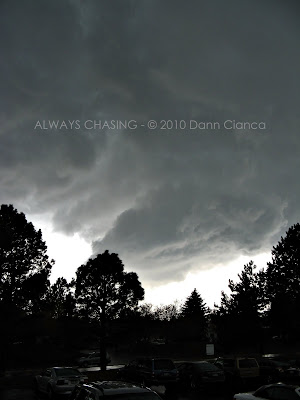 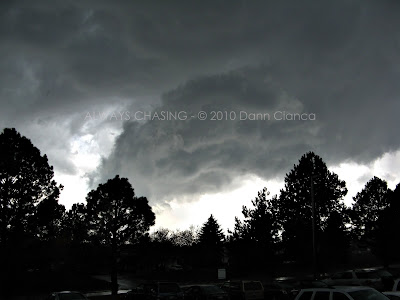 The storm passed with some weak rotation, but didn't have much else of consequence. I returned to my work duties as several cells seemed to conglomerate and weaken. The storm had originally passed over the office at about 4PM local. At 5:30, I went home and pulled up the radar... 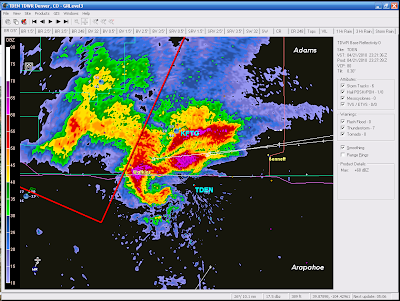 Needless, to say, I hopped in my ride to battle rush hour traffic and miraculously made it out of the city without too much of a slow-up. Just east of the city, however, I got caught up in hail traffic. As I passed through Watkins, it was like driving into a winter wonderland. The ground was covered in hail and if one were to look out the window, it appeared to be the middle of winter. Of course, this had made driving difficult for folks and there were cars all over in the ditch and median.

Still behind the storm, I finally maneuvered through traffic and found myself passing through a seemingly diminished core. When I emerged near Strasburg, I was disheartened at the view. The storm had lost any sort of inflow feature and looked completely outflow-dominant. Radar conferred.

I wanted to document the hail-swath at this point, so I kept on the "old highway" and found my way back into Bennett where snowplows were clearing hail off of US36 and through parts of town. 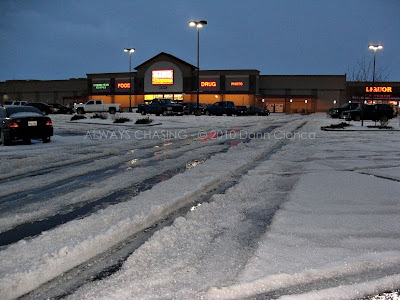 Hail was more than 6" deep in places. 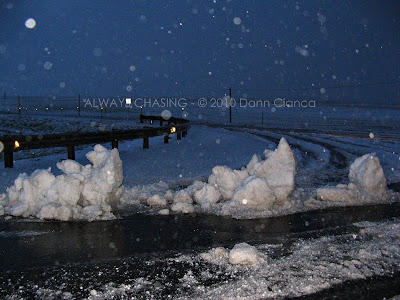 Hail piled up from snow plows.

I hung around for a while photographing and videoing the hail before getting on the highway for home. I still wasn't sure whether I'd be getting up in a few hours and heading to Amarillo or sleeping in and staying in Colorado.

Other reports on the date: 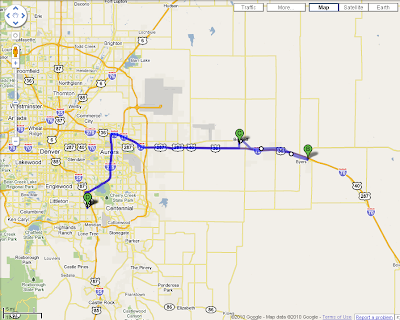