Synoptics: A deep trough sat along the West Coast and another, broad trough existed across the east. The Rockies were ridged, but the grasps of the eastern trough kept the Front Range in northwest flow. Models showed some CAPE and a bit of moisture on the High Plains and that was good enough for me. Mid 40s Dews in Colorado in April... well, it's workable.

I don't recall the exact time I left work, but I headed out solo, east on Colorado 86, or as Eric Treece calls it, "The Highway To Heaven". Convection was already present along the Palmer Divide and dewpoints had reached the mid 40's along the lee trough. 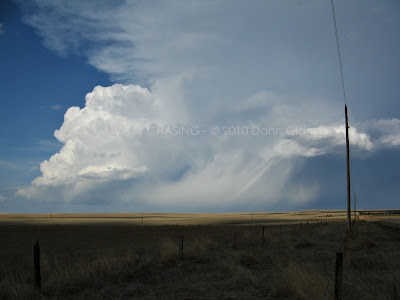 I found myself immersed in showers as I headed east and found my way onto some dirt, north of the state highway. It already seemed as if storms were undergoing updraft split processes. I didn't see anything interesting aside from some fat raindrops as I explored the dirt roads southwest of Agate, Colorado. 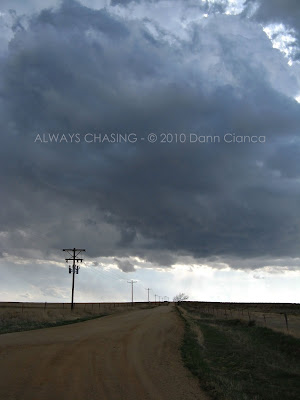 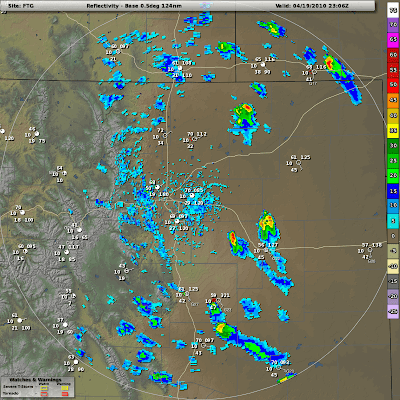 I ended up running into Team Laubach near Agate and we discussed the weather for a while, as weather-focused individuals often do. Team Laubach on this day was comprised of Tony Laubach and Jennifer Brindley.

Glancing up north, it seemed that there was some decent convection moving east out of the Denver area Team Laubach in tow, I headed north out of Deer Trail, excited with the nice looking convection. 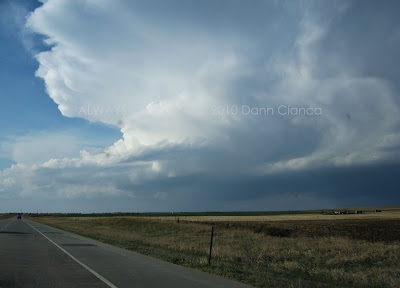 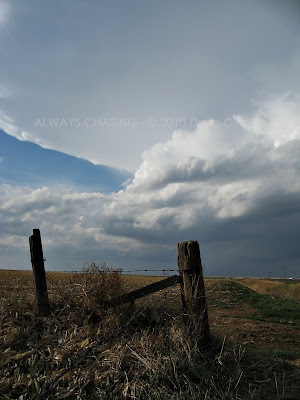 As we reached shouting distance of the convection, I could tell that it was undergoing a split process as well. To the northeast, I could see an anticyclonic meso, if you could call it that. 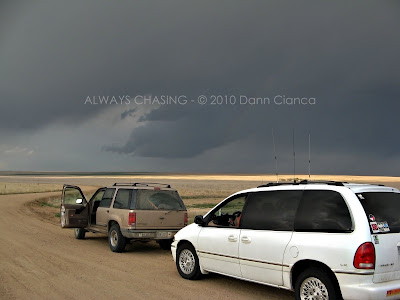 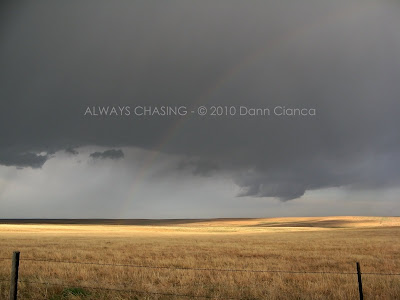 We continued north on dirt, into the rain. Though some of the Palmer Divide is blessed with a more gravely type of road, this area was more on the clay-side and was difficult to navigate. Still, Der Schploder was able to handle things fairly well and I wasn't having too much trouble getting around. At this point, I was basically using VIL to target hail cores. I was disappointed in my quest for hail as most of the updrafts seemed to pulse and move as I tried to catch up.

Eventually, I parted ways with Team Laubach and headed a bit east to higher ground. Looking back at the main updraft, this is what I saw: 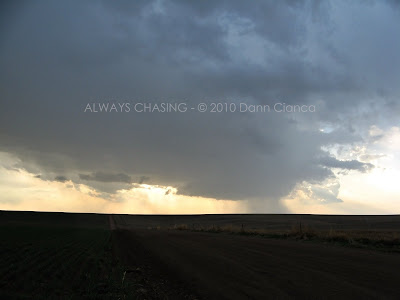 It almost looked like... no, it couldn't be... a meso? It was time to head back to the west. I found a little dirt road that headed into pasture and I watched as a nice high-based Colorado April mesocyclone took shape. For early in the year, it was beautiful... and I was in awe. I will say that I was a little frustrated. I wanted to do a nice time lapse video but I soon found out that my video camera's battery was completely dead. It wouldn't even turn on and I didn't have a way to charge it, so I stuck to stills. 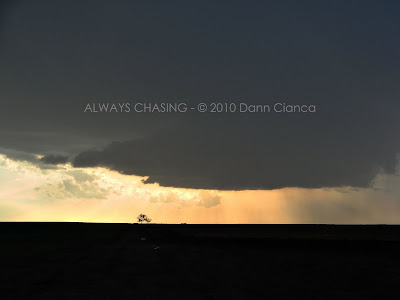 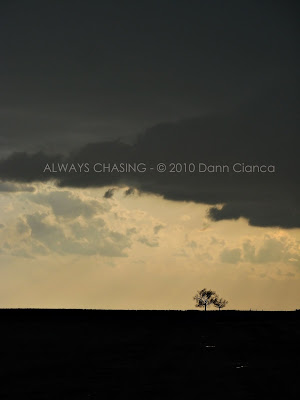 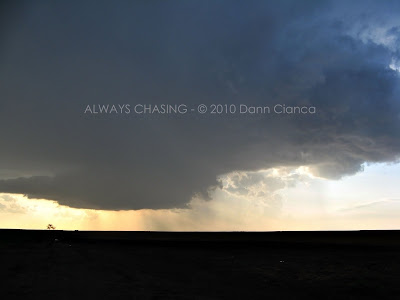 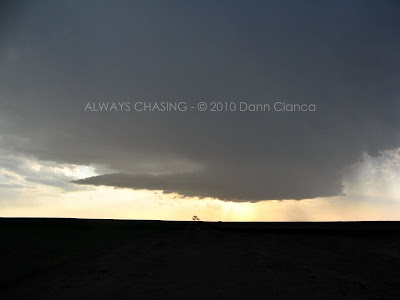 I did reposition a couple of times, intent on finding any hail if there was any. I didn't really have much of a tornado hope given the height of the base, but it was still pretty to look at. 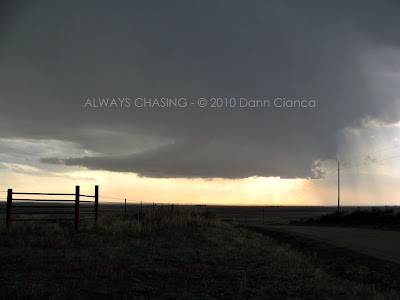 Here was the radar at the time: 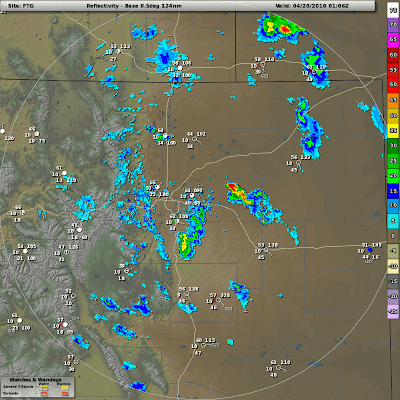 ... and as the sun set and the meso began to die, well, let's just say it was very pretty. 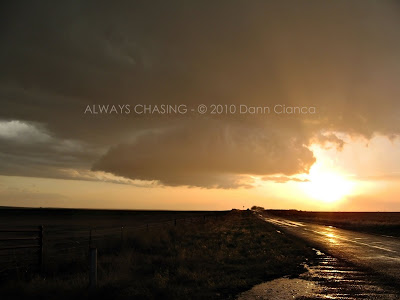 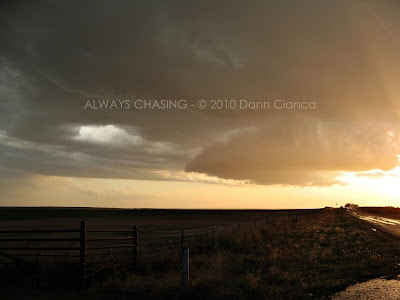 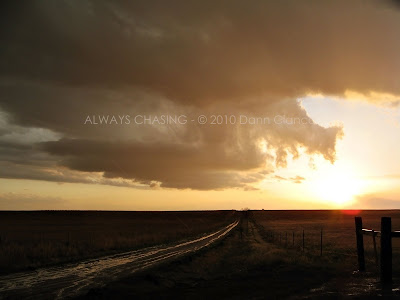 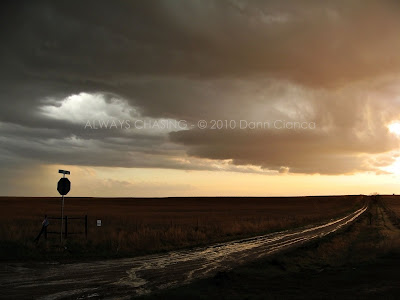 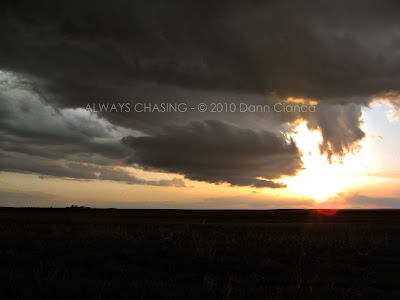 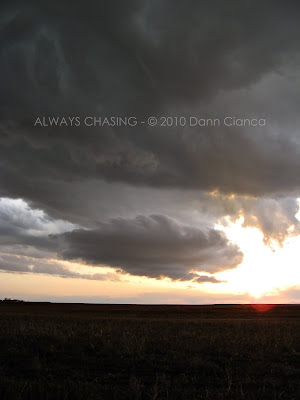 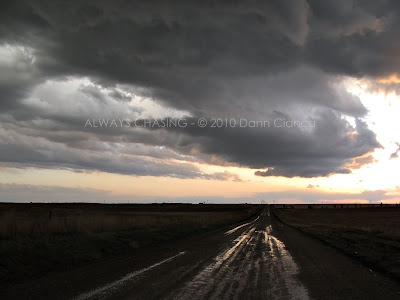 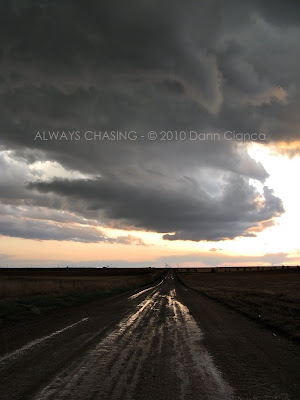 Though the storm was dying, it still had some hail to unload. I hung around near Leader, Colorado and measured stones for a while. As the precipitation began to wane, however, I decided to meet back up with Team Laubach, so I made my way back down to US 36. The sky was still gorgeous, however, so I took a couple opportunities for photos. It seemed that there was more convection so the south, so I figured we'd head there. 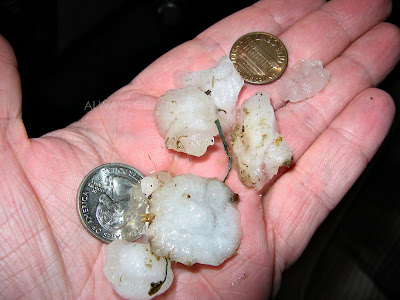 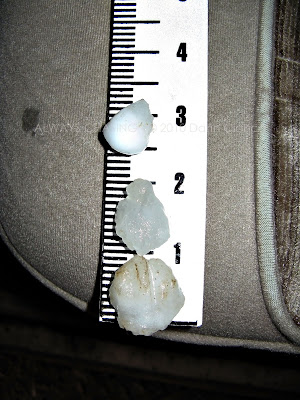 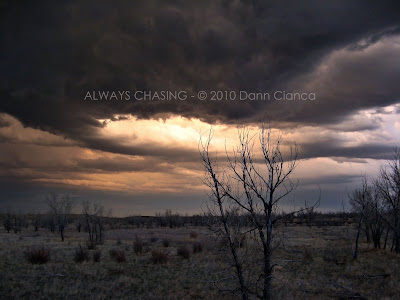 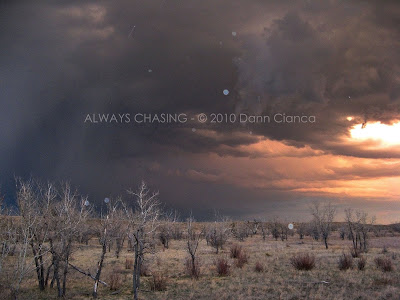 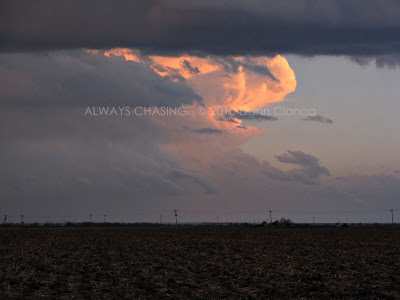 We did eventually get back to I-70 and I pursued further convection to the Lowland exit, but nothing really amounted to much, so I agreed to meet Team Laubach back on the east side of Denver for some dinner. We had some delicious food at the Chili's at Tower Road and recapped the day's festivities.

Other reports on the date:
Johnathan Skinner 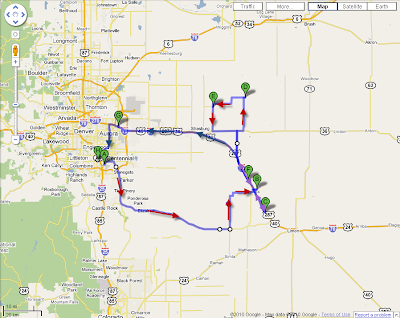 All in all, a great early-season chase close to home!