After the snows of February 7th-8th, it didn't get warm again for a while. Finally, a week later, things started to warm up again. Since my first visit to Echo Canyon, I had water on my mind... specifically, large amounts of it flowing through that canyon.

On this warmer day, I took my chance on finding some water and headed out toward sunset, after finishing my day off chores.

There was a lot more snow in the canyon this time than previous, even a week after the big snow fall. This made some areas rather treacherous to walk on. Aside from the snow, the canyon was mostly in its previous state, though there was a bit more water... mostly ice in the pools and recesses of the wash. Occasionally, I could hear water dripping down off of the canyon walls.

To my dismay, however, there was not any water actively flowing down the washes in the canyon (except the lower reaches, which was flowing previously as well). When I reached the terminus of the box canyon, though, I found that the pool was completely filled and that Echo Canyon Falls, as I prefer to call them, were furiously dribbling. 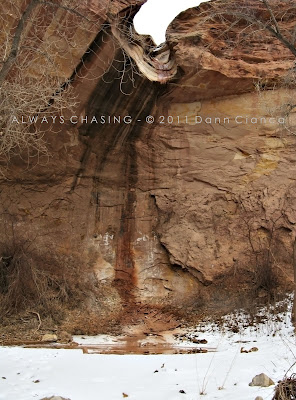 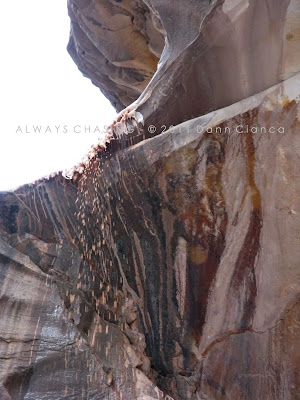 I wandered around the pool for a while and tried to take interesting pictures, but the light was bad and let's face it, the dribbles are mostly uninteresting. Most of the photos I took were of the frozen water stalagmites, if you will. It was interesting to see that the water was full of a fine sediment which colored it like a café au lait. 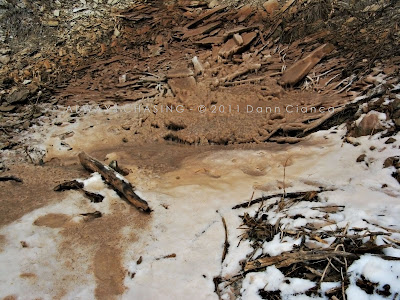 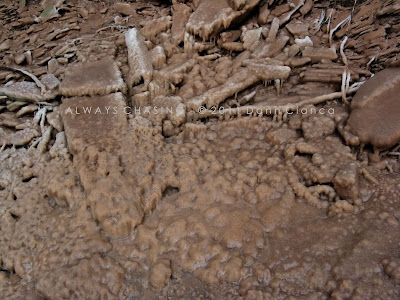 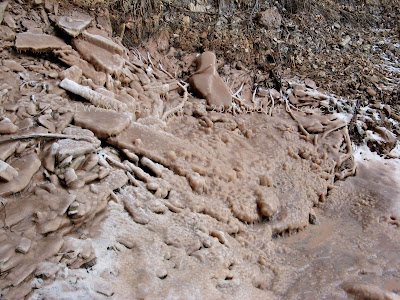 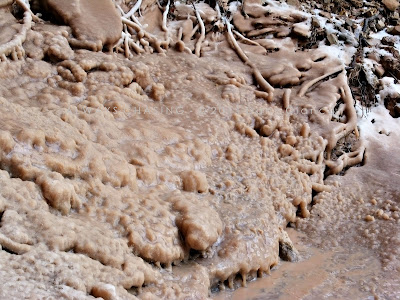 I visited the Half Lemon Falls too and found a similar situation of drippiness, but moved on. Let me tell you, though, reaching that location was very difficult after having to climb over ice and snow-covered rocks. Treacherous!

I raced darkness on the way out of the canyon, taking it easy on the icy sandstone slopes of the Old Gordon Trail. I was hoping for a pretty sunset, but it was rather bland. Did catch the moon coming up, but it was less than fantastic. 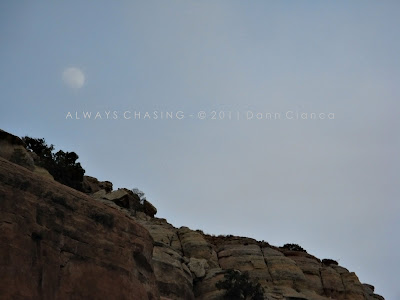 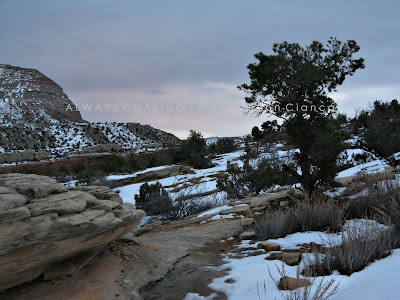 I will say that the best part of this short hike was the smell. It's kind of hard to explain, but I think the moisture from the melting snow and the intermittent sage brush reminded me of Montana. There's something I really enjoy about that smell... it definitely brings me back to my childhood for some reason.

I wasn't necessarily happy with any of the photos that I captured, but it was good to get out and breath the fresh air and explore a bit. I love that I can be at this trail head seven minutes after walking out my front door. There are definitely some benefits to living here.

Dann.
Next Post: No Thoroughfare Canyon
Posted by Dann Cianca at 1:08 AM