Normally on a Monday night, I head off to Mesa State to play basketball with co-workers and other local TV people. We don't start until 11PM or so after everyone's 10PM shows are done, so I was watching a movie to pass the time.

I thought to look out the window at one point and found that extremely large dendrites were falling from the sky. Within 45 minutes, at least two inches of snow had fallen. I decided to forgo basketball and document the snow storm locally as it kept coming down heavy. 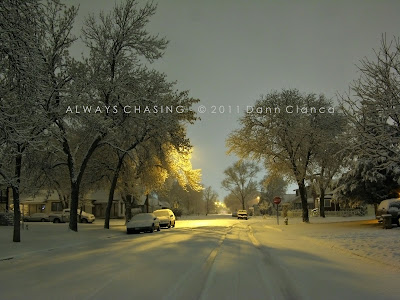 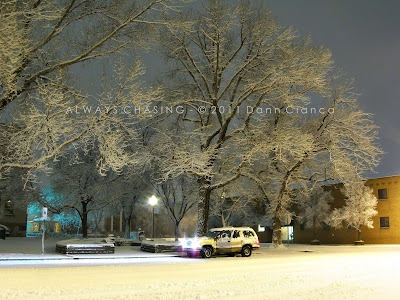 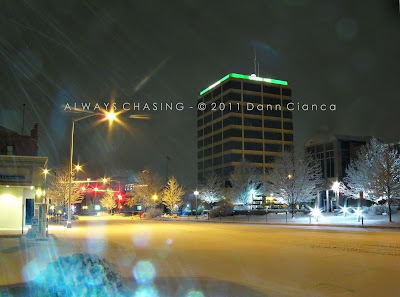 Alpine Bank Building at Rood and 5th. I was using a light in the parking lot to illuminate the falling snow. 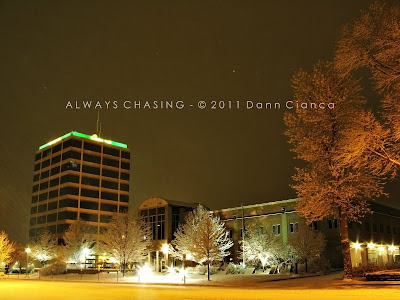 Used the flash to capture individual flakes at the end of the exposure, which does havoc with the white balance... but I love the result anyway. 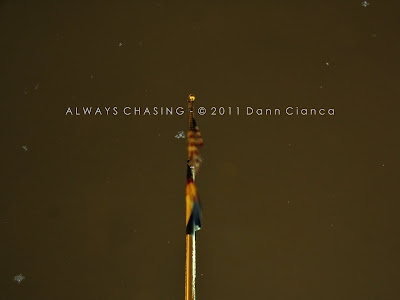 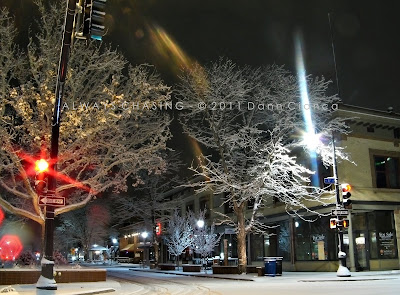 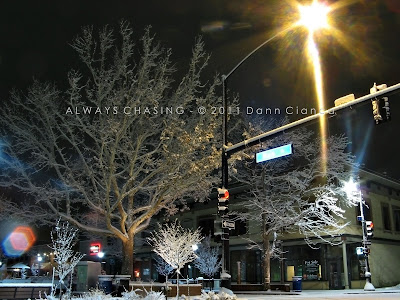 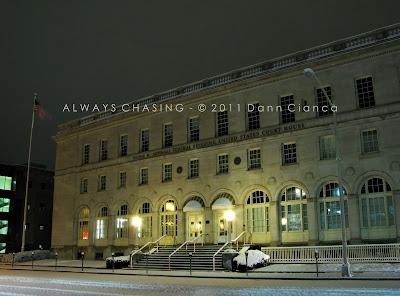 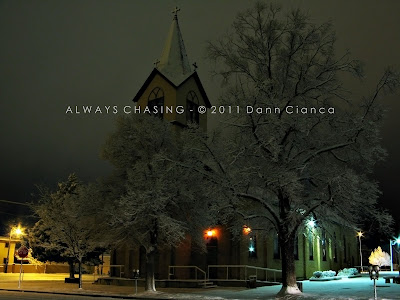 An old church on White and 3rd. 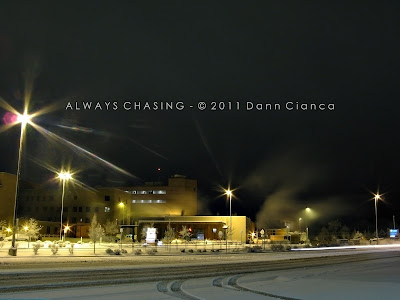 Steam rises from Saint Mary's Hospital from 7th and Patterson. 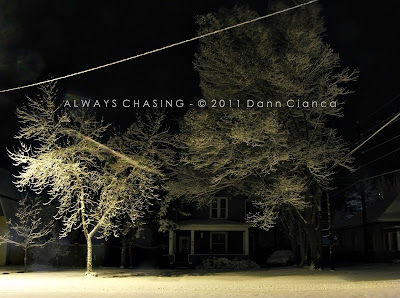 An older house on 7th Street.

Most areas in the Grand Valley received between 3 and 5 inches from this storm, which may not seem like much to most. However, the climate is rather dry out here and the snowfall rates were definitely extreme for this area.

All in all, a fun night, and the next morning, I headed up to the Monument...

Dann.
Note: Couldn't help the lens flares... my camera is so old and scratched up it isn't funny. Still does the trick for the most part, though.
Posted by Dann Cianca at 9:00 PM

Very pretty
Now that you have a reason, time for a dslr!
Find yourself a cheap T1i and you will not regret it.
Your eye deserves it for sure.

I agree with Pat that you definitely need a new camera. Your pictures would be amazing as if these were taken with an OLD camera I can only imagine what a nice Nikon D90 or 300 would do for you. (sorry Pat that T1i I didn't agree with :) (I'm teasing the T1i is a good camera too but having both a Canon and Nikon...I have to vote for the Nikon) Dann have a great eye for seeing the picture before you take it. Thanks for sharing them with us.

Boomer: Well, it doesn't work out financially for me and won't for a while since my next investment will be a new(er) vehicle. I might pull out the old Minolta SLR for special occasions. Been meaning to do so.

Tom&Mary: Thanks! I'll get one eventually.

Nice job Dann, I especially like that church shot.