A snow storm came to Western Colorado late on February the 7th and continued on into the night. I was up late documenting the snow in Grand Junction, which can be seen here. I set my alarm for sunup and headed up to the Monument to check out how the storm fared up there.

There were still flurries... flurrying to the ground across the Grand Valley as I approached the Monument from the Fruita entrance. The woman at the entrance station warned me to be careful since the plows had just begun to work on the road. On my way up the relatively steep switchbacks, I encountered men working to shovel off the overlooks and the road, while slippery, was plowed and sanded. 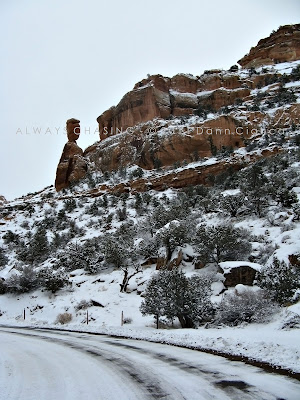 When I reached the visitor's center at Saddlehorn, I took the Saddlehorn loop as it has good overlooks of Monument Canyon. I was not disappointed. 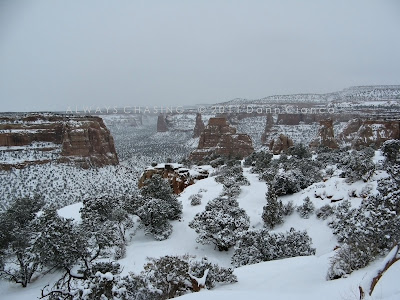 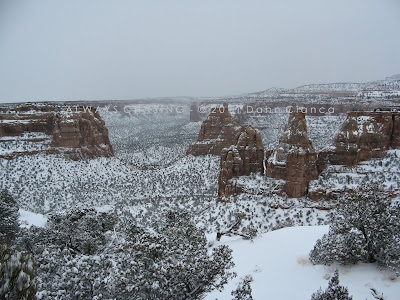 I returned to Rim Rock Drive and noticed that the plowing ceased at the visitor's center. From that point on, I was treading over six inches of virgin snow. I reached the various viewpoints for Independence Monument without encountering another vehicle. I had the Monument all to my self. 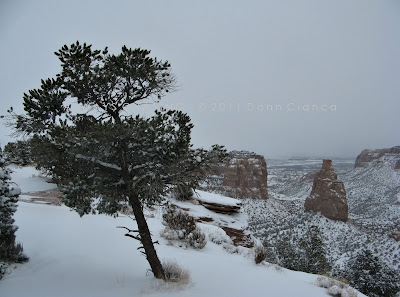 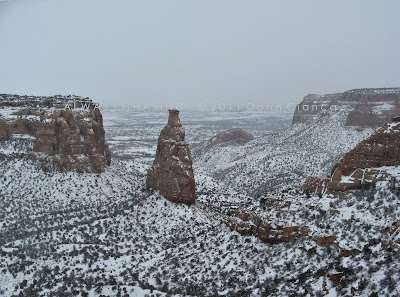 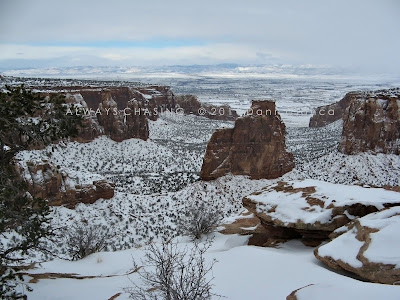 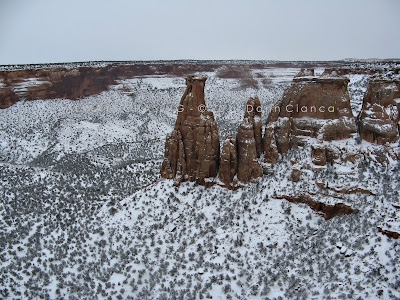 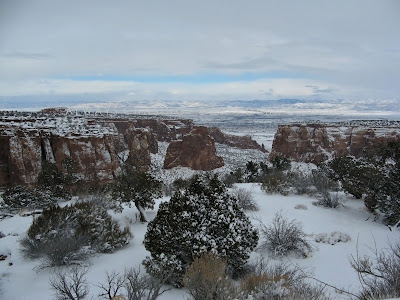 It was cold and windy but the snow had pretty much tapered off. I could see that out over the Grand Valley, a few showers remained, however. The road averaged about six inches of fresh snow pack, though in some areas it was scoured bare by the wind and in others, drifts of up to a foot could be found.

Eventually, I came up on the upper reaches of Ute Canyon. The following photo is one of (if not) my favorites of the day: 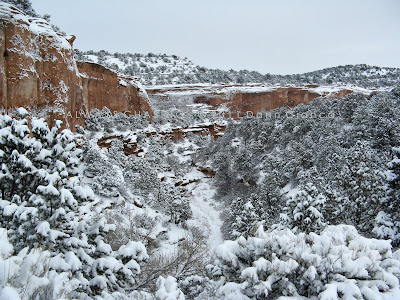 The next series of photos come from the various viewpoints along Ute Canyon. I thought it was really interesting to see how the snow clung to the sides of the wingate sandstone walls. 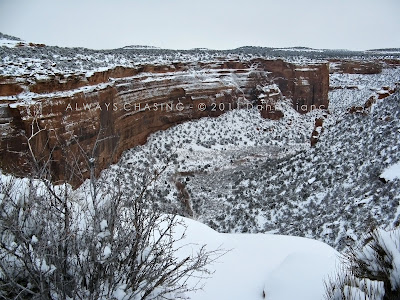 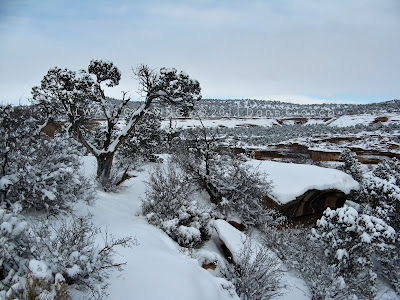 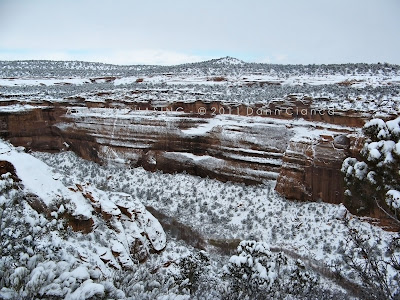 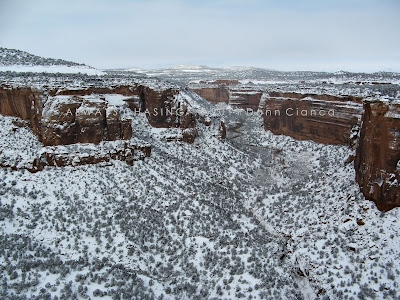 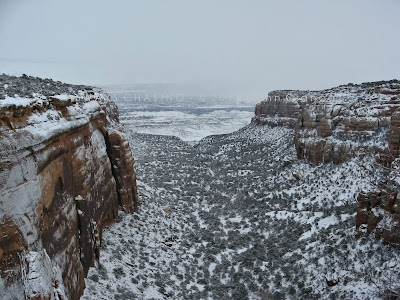 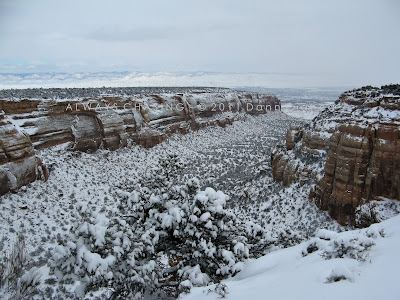 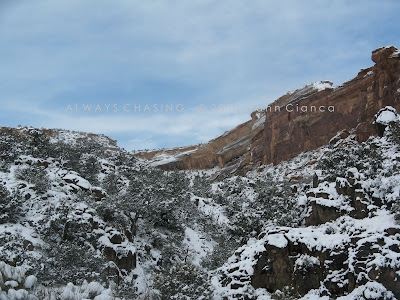 On the way down.

Eventually, I headed out of the Monument at the Grand Junction entrance. I was rather tired after having only slept a few hours the night prior.

I was happy with the way the photos turned out for the most part, but I was definitely hoping for more sunshine and blue sky. That came after I got home and had settled down for a nap, unfortunately. All in all, it was nice, peaceful morning of exploring. I found out later that the road was actually supposedly closed... though no one had informed me of the fact. Der Schploder handled the snow fine... I didn't even have to put it in four-wheel.

Dann.
Next Post: A return to Echo Canyon.
Posted by Dann Cianca at 12:03 AM

Very nice set Dann
I agree with the fave, that one deserves a frame.

Thanks, Boomer... wish I could have had a little sunshine just right then!