The winter is a different animal in the desert.  It allows you to explore places that you might avoid in the heat of the summer.  On the negative side, you won't find much if any running water and the vegetation is dormant and low in color.  However, there is still beauty to be had... especially if the light is right.

I headed out on a Monday morning with the lovely Shannon for a new exploration at one of the closest trail heads to the city.  I can reach the parking lot after a five minute drive from my house.  The Tabeguache trail head serves a large area of trails just outside and to the southeast of the Colorado National Monument.

From the trail head, the area doesn't look like much.  At least, that's how it has always appeared to me.  Its shale and desert landscape sits in stark contrast to the towering sandstone bluffs of the Monument.  I was looking for something close to home to explore, though and I figured I'd give the area a chance.

It was a cool morning but the sun was out.  The sky only had a little bit of cirrus, so I knew that pending the angle, I'd at least have some good light to work with.

The trail leads from the parking lot into a wash.  However, the wash transitions from the typical rock and sand flanked by sage to a sandy, shale-lined ravine, almost devoid of vegetation.  Almost immediately, you could easily imagine yourself on another planet.

We stayed right and gained elevation over the first couple of miles, affording us great views of the Monument and also the Grand Valley.  The trail then begins to parallel the Monument's far eastern border.

I knew that our planned route would take us to the upper portions of Echo Canyon.  I have visited the lower section of the canyon on several occasions, accounts which can be found below:

Obviously, it's a favorite of mine.  I've always wanted to see what was above the big drop and this trip would give me the opportunity to do so.

We were a little winded at some of the ascents but made good time.  It was becoming late afternoon, light-wise... around 3 o'clock and we started to come across colorful formations in the shale. 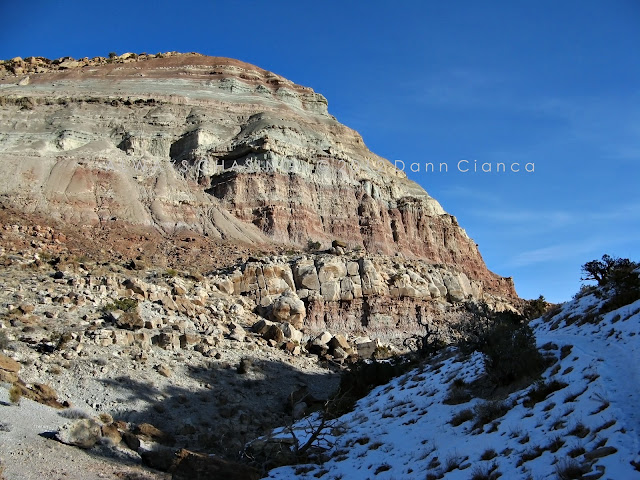 We took a brief break and I had Shannon snap a photo of me.

There is a pass of some sorts as the trail curves around a bluff near Echo Canyon's drop.  We left the trail and found a decent overlook.  It is quite deep. 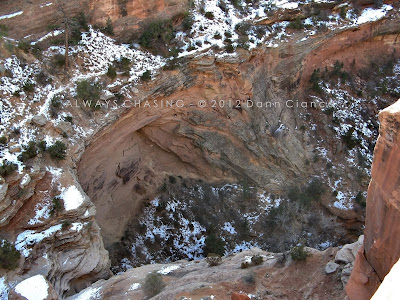 From there, the trail descends into the upper reaches of Echo Canyon and follows the wash.  The colors of the canyon wall are absolutely fantastic. 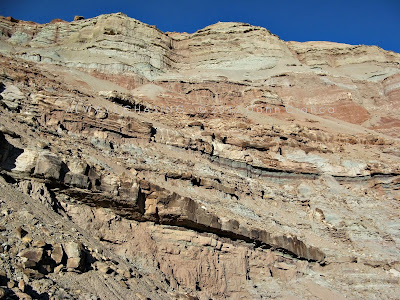 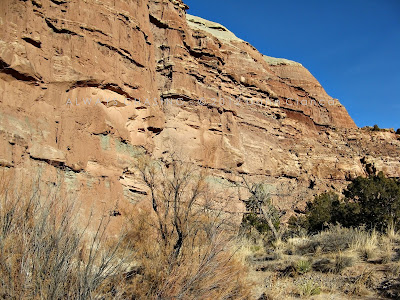 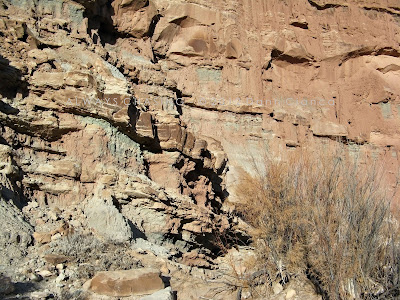 The hike was taking a little longer than anticipated. I looked briefly before going and thought it might be about four miles and we were close to four miles already and not even at the apex of the loop.  Light was beginning to fade, so we picked up the pace a bit. 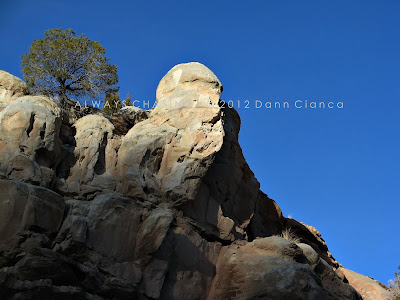 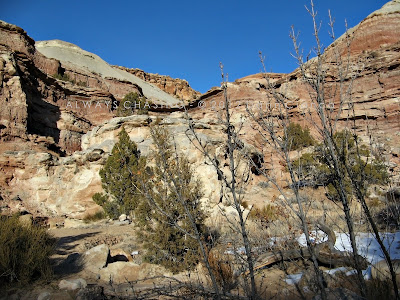 Finally, the trail leaves the canyon and heads up toward Little Park Road. But before we got there, we discovered a cave!  I had my head lamp, so of course we had to explore it.  Imagine our surprise when we found out that it was not a cave, but in fact a tunnel.  It was probably fifty feet long at the most and I could stand without having to crouch much to get all the way through.  It certainly was a pleasant surprise 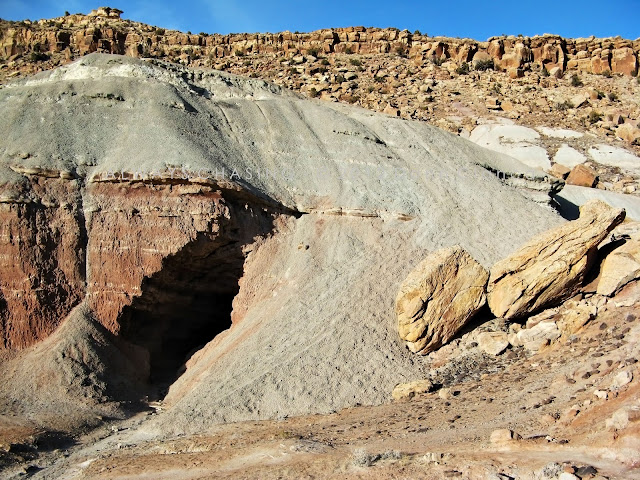 From there, the trail ascends to Little Park Road which we followed for less than a half of a mile to where it intercepts the Tabeguache Trail.  We took the Tabeguache Trail all the way back down to the parking lot.  It is a lot more straight than the Andy's Loop trail which curves and switches back quite a bit.

As we reached my vehicle, the sun had just ceased touching the cliffs on the east side of the valley, so it was still fairly bright out.  All in all, it was a great January hike that worked out to be just over seven miles.