I was more than a little excited on this particular April morning.  Though I was at work, I was covering the reconstruction of the historic Hanging Flume.  I left a little early to allow time to stop for photo ops off the clock.

The Hanging Flume is located in the relatively remote Dolores River Canyon near Uravan, Colorado.  To get there, I would have to take Colorado 141 out of Whitewater, a road that is known also as the Unaweep Tabeguache Byway.  It is a scenic byway for a reason.

The road slowly climbs from the Gunnison River up a canyon that actually gets deeper as the elevation gets higher.  It is believed that this canyon was originally cut by the primeval Gunnison or even Grand (Colorado) Rivers.  The area was then raised by the Uncompahgre Uplift and the river changed its course, leaving the canyon high and dry.  It now has a natural divide in the middle.

The most scenic part of the Unaweep Canyon is the Thimble Rock Point area.  It is awe-inspiring to round the corner and find yourself there. 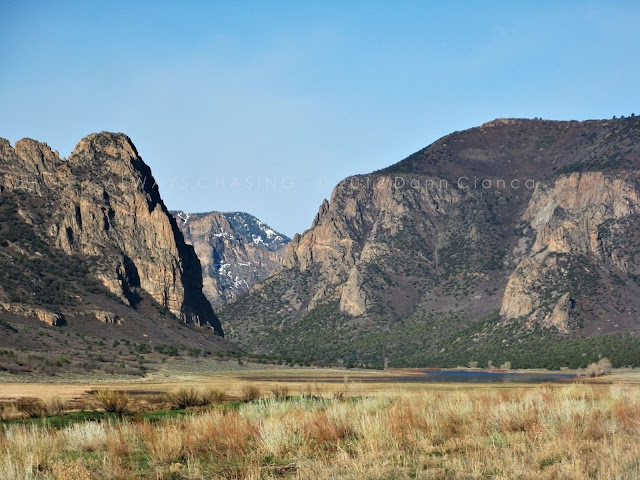 I stopped here for a minute or two and took some images from the area.  An earthen dam on West Creek floods the meadow with a shallow reservoir, adding to the scenery. 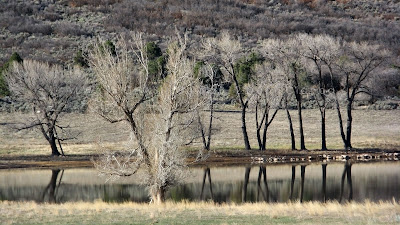 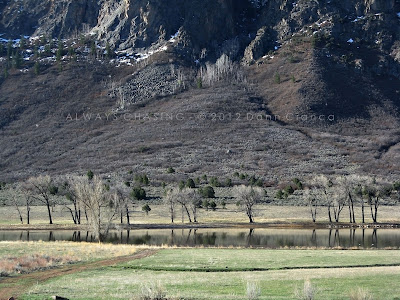 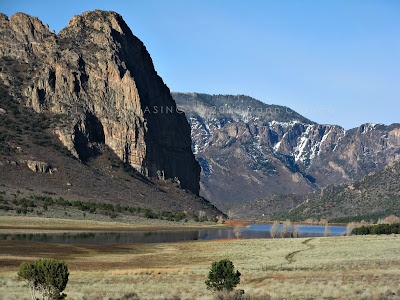 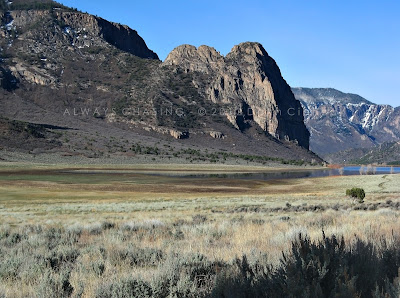 Standing there, it was hard not to notice the roaring coming from behind me.  Though my images are lackluster, the falls on Fall Creek are relatively spectacular.  Unfortunately, access to the falls is on private land, so the highway is about as close as you can get.  There are several other unnamed waterfalls in this canyon as well that are equally removed from access. 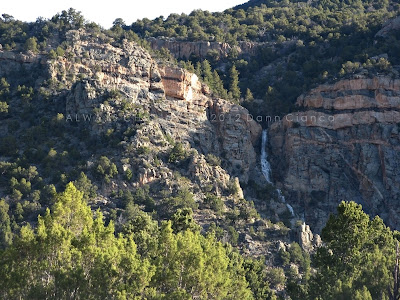 I only made one stop on the way as I had to make it to the Hanging Flume by a certain time.  I spent an hour or two observing and interviewing those who were working and snapped a couple of images when I was done. 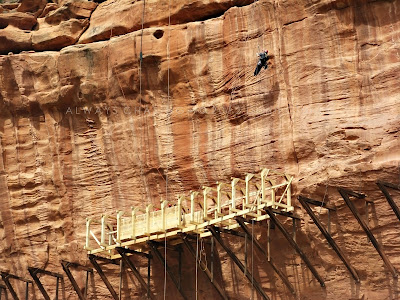 The Hanging Flume from across the Dolores River 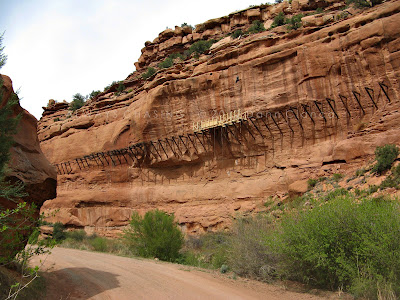 Before I left, the topic of rock art came up with a gentleman who worked with the resort in Gateway.  He gave me a tip on an easy-to-find panel along the highway.

The entire drive is gorgeous, but my time constraints and the high cloudcover precluded me from stopping much. 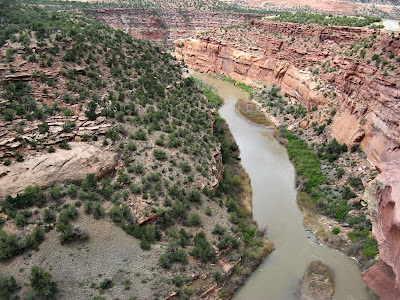 I did take five minutes to stop and take images of the petroglyphs panel, which was pretty neat.  I forget exactly where it is, but it's right off the road. 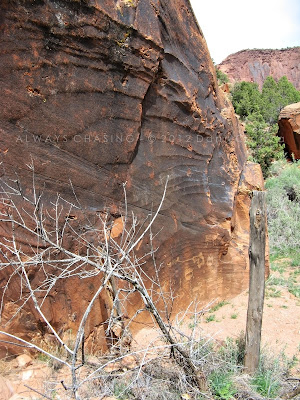 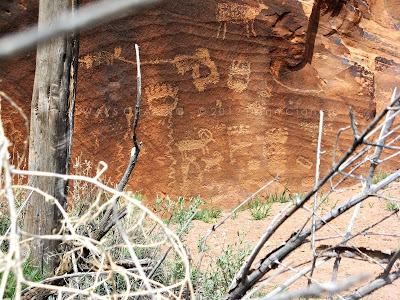 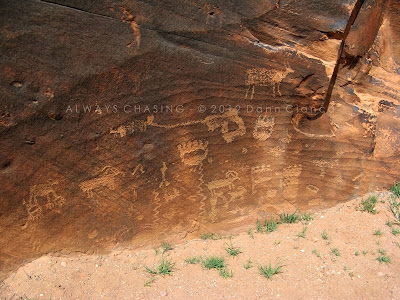 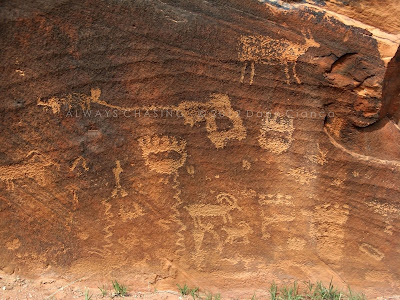 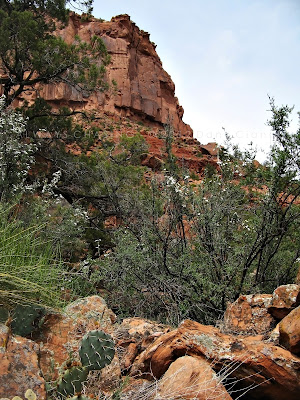 A parting shot of the surroundings

On the way back, I tried to shoot the falls again, but the light was terrible. 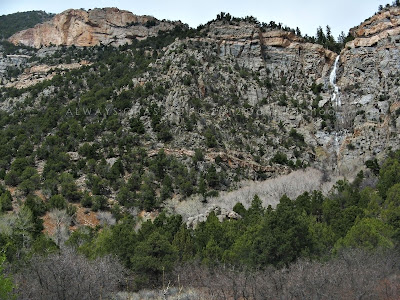 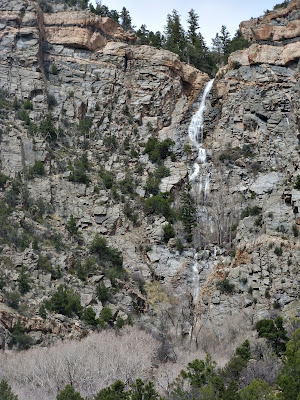 Very nice, thanks for sharing.