Nature Is Go'n'a Get Ya'

Nothing ground-breaking to say today, so I'll let the pictures and video do the talking.

I stumbled upon the following graphic on AOL News yesterday and it gave me a little chuckle. There have been several other versions of this map published in the past 24 hours, but I think this is one of the more simple ones to look at and understand. It basically describes how likely you are to be "dead by nature" by region. 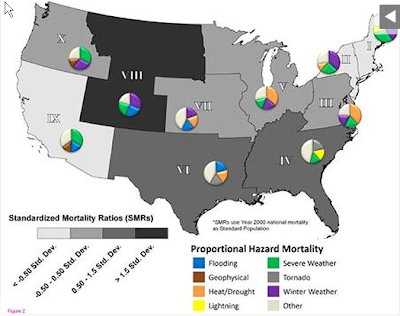 The cold air has moderated over the last couple of days. The storm system that brought snow to Las Vegas yesterday has also plowed over most of the west. Everybody seems to be getting snow. We have a few showers in the Denver area right now, but nothing to write home about.

The situation developing in the midwest and Ohio Valley should be interesting over the next few days. Death, destruction via ice and snow. Prepare for those headlines.

... but, the cold air will return to the northern Rockies as exemplified in this forecast pulled from the Butte, Montana NWS point forecast page.

Looking in on the warmer latitudes ... 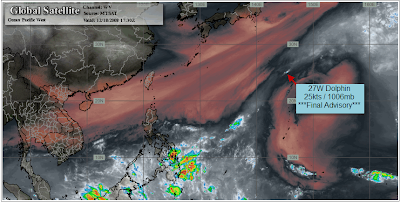 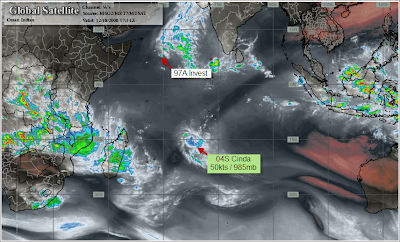 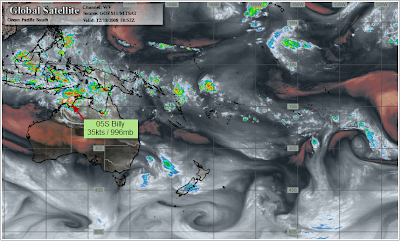 On the lighter side, this was posted over on Storm Track today.

UPDATE:
We just had a nice graupel shower a minute ago. I took some pictures but don't have my cable with me. Hopefully I'll have them up tomorrow.

UPDATE 2:
Quite the wave of showers that have just come off the mountains. We could be seeing some heavy snow with embedded small to moderately sized graupel. I wouldn't be all that surprised to see reports of thundersnow. Lightning is quiet for the time being, but I'll keep my eyes out. 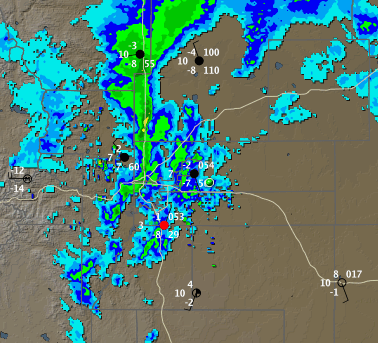 I'd like to know what "other" consists of in those graphs regarding natural disasters...

Killer bees and unicorns, I'd wager.