Thunderstorms fired over the Metro area around 2PM. I had been keeping my eyes on a boundary oriented west-east over Denver and then stretching off to the northeast, east of town. Though we were capped at the lower levels, the higher terrain was able to get stuff going. Eventually, as I was leaving work at 3PM, the cap broke over the metro, prompting severe warnings. I'm glad the NWS read my mind and eventually warned the "outflow" and not the precip core as it was the wind that was causing chaos.

As per usual, I got caught in traffic on Interstate 225 and watched a wall cloud developing on the departing storm to my east. It didn't help that people were driving like idiots. By the time I was eastbound on I-70, blowing dust made it hard to determine storm structure.

I noticed at this point that I wasn't making much headway on the storm in front of me. I merged onto US 36 and continued due east, trying to keep up with it. Luckily, there wasn't much precip and the fantastic tail wind kept the drive comfortable. I continued eastbound, seemingly racing the blowing dust, periodically watching myself *slowly* catch up to curtains of rain visible on the highway in front of me. That whole experience was very neat. 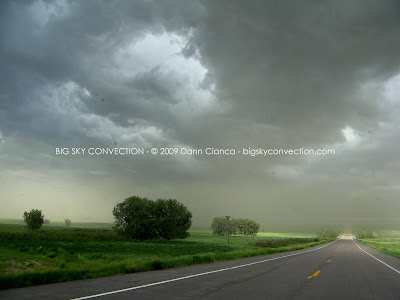 The boundary kicked up cells in its wake but they never truly organized into an organized linear complex. I would wager this is because the air in front of it was capped. The outflow seemed to travel under the cap (like ducting), though pushing the capped layer a bit higher. Occasionally, a cell would push through but the meager upper level winds wouldn't push it near as quickly as the area before. So, the cells would pulse up and die as the boundary pushed through.

As I blasted into Kansas, I noticed the winds were finally out of the south and not the north or northwest. After almost three hours and starting out less than 10 miles behind the boundary, I had overtaken it. I would estimate that it was traveling at an average of sixty miles per hour.

I stopped in Saint Francis, Kansas for gas and watched the wall of dust approach from the west. It moved back over me by the time I had filled up (guess it didn't have to stop for gas) and I continued to pursue it to the east. I passed it again just before Bird City and had been watching a boundary move into the area from the east. I thought it might slow the pace of the line but it did not. In fact, nothing seemed to happen. I had been banking on that getting something going, so I resolved go start making my way north into the more backed (relatively) surface winds in Nebraska.

Of course the line took me again and I thought to stop and take pictures of the weak shelf cloud, but figured I didn't have much time. The cross winds were pretty intense but there was virtually no precipitation. I continued east after making it to Benkelman and finally decided to call it a day as I approached Trenton, Nebraska. I sat on an overlook at Swanson Reservoir and watched one of the embedded squalls come through. 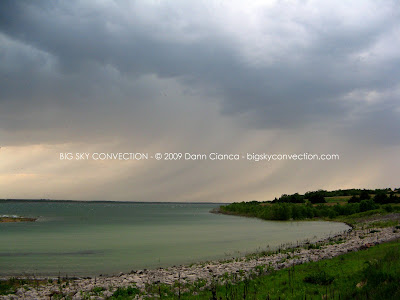 Though I wanted to head home, I decided to cross the dam and drive around the reservoir on the south side. After the storm passed, I did this and went west on dirt/mud. I found an almost secret road that took me to a bluff overlooking the reservoir. The light in the sky was amazing, so I just sat and reveled in it for a while. 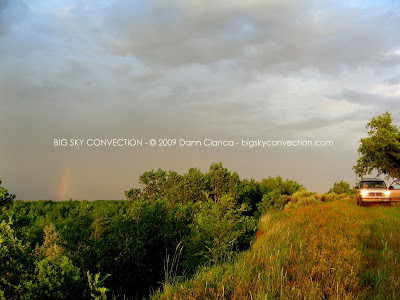 Eventually, I continued west and stopped repeatedly for pictures of the amazing sunset. The bight white high cirrus *almost* looked like noctilucent clouds ... but the contrast with the altoclouds just made it appear that way. It was amazing, either way. 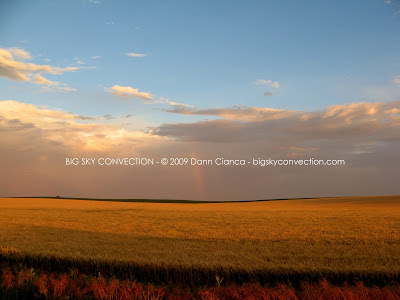 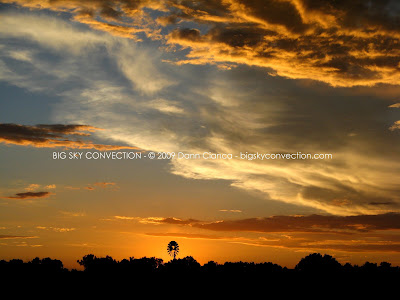 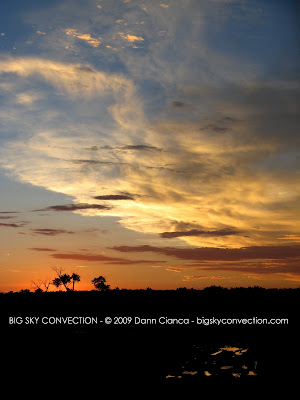 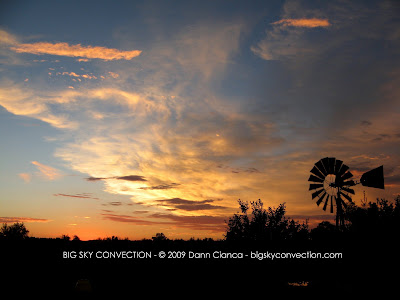 On the way home, it was a bug apocalypse on the windshield for sure. I stopped at Dairy Queen in Yuma, Colorado for dinner ... and dessert. :) Got home around 12:30.

Thank you very much! It appears to be the crowd favorite. ;)

I know that road you took on Bonnie dam, been there too. Enjoyed your thunderhead pictures of home. I now live in FL so never get to see big clouds like that in big sky country. Good job!

Thanks Dan, though I'm a little confused on the geography. Is the dam at Swanson Reservoir called Bonnie Dam?