Got an early start to chasing today. After seeing a huge tower go up, I moved to intercept east of the city. Met up with Cameron Redwine and we watched the storm become strengthen and weaken, etc. Suddenly, I get a call from my cousin Brian Macumber saying he's seeing a tornado looking north from 120th and Huron in Westminster. I figured it was a landspout, but the photos (taken from his phone) don't necessarily show a landspout. 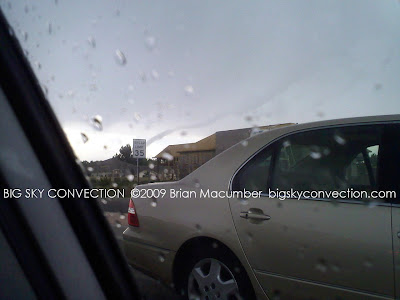 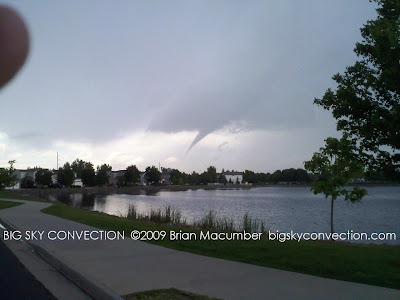 We decided to keep on our storm until reports started coming in of tornadoes on the SOUTH side of the city. We hauled ass back toward the Metro while more and more calls and texts were coming in reporting a tornado in Aurora and damage. We finally could see the base as we blew eastward on US 36 and I observed a funnel for a good long while. Still not sure if it produced as we were not close enough. As we reached Byers and headed south, a new funnel formed and it actually touched at 2:34PM MDT. 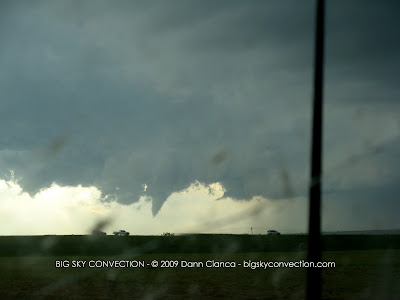 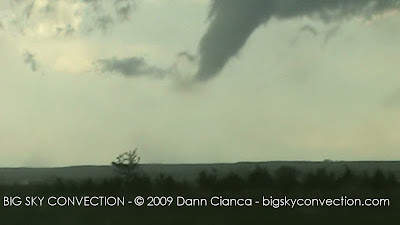 Vid cap a few minutes later. Debris faintly visible. (I was trying to drive and use the camera at the same time ... with a TON of bug guts on the wind shield.) 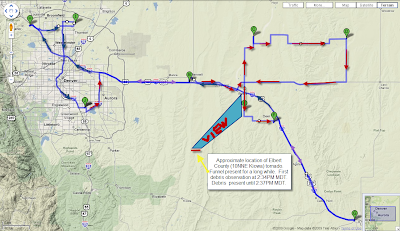 Map of the chase.


Also, I believe we were present for the 5S Deer Trail tornado. The storm became outflow-dominant and had a terrific shelf cloud. We decided to get back out in front of it and have a look and saw a two separate circulations on the edge of the shelf. There was violent motion present and a ton of dust on the ground. I didn't actually see the dust on the ground circulating, though. However, there was a column of dust present that stayed in the same place for a while and I did see a funnel cloud up in the raggedy edge. The vid cap below is horrible and I'm a little frustrated with the fact that the video "begins" when I thought I had just finished recording. So, this brief funnel is followed by five minutes of my front seat. Bah! Anyway, not enough proof in my opinion for a tornado, so I'm not counting it. (Cameron and company also bore witness to this funnel. I'm hoping they have a better photo/video!) 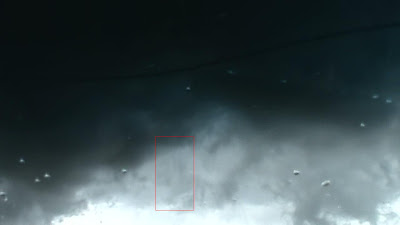 All in all, a somewhat frustrating, but good day. Why should I be frustrated? Well, I lost at least two videos due to either not hitting record or screwing something up ... my window was all buggy and that made videography difficult, I got tons of texts/calls from people seeing tornadoes all over Denver, and I had an awful headache. I did get to document one tornado, so I shouldn't be whining. It was just a long day!

Man, you were all over the place! I had the EXACT same problem with my camera in Kimball on friday which caused me to not film some great moments. Oh well, it's burned in my memory that's for sure.

Great documentation, I didn't realized the Kiowa-Elbert tornado was on the ground a good four minutes, from my vantage point I would have guessed a minute or so. But because of the terrain I wasn't able to see the ground beneath the condensation funnel the whole time. Good to see you had a successful day despite the problems!

Scott: Maybe we need to go through some videography training courses. Even this weekend, I have about thirty minutes of front seats.

Jason: I saw debris off and on for four minutes all together, which was tough over the rolling hills out there. Perhaps it was multiple touchdowns ... but from first debris until last, was about four minutes.