With a deep trough aligned over the Great Basin and some great moisture return out across the high plains, what wasn't to like? Well, here's what I didn't like: The models just weren't consistent with painting the picture of how everything was going to play out. The short term models seemed to favor cyclogenesis along the Nebraska/Wyoming border, with it intensifying toward dark. However, they weren't extremely consistent with this. Still, I figured that with a areas of lift pulsing through the exit region, we would have a good chance of seeing a nice tornadic supercell. The tornado threat is also outlined with SPC's Convective Outlook for September 22nd.

Already that morning, severe storms were rolling across northern Nebraska, pounding areas with large hail. Interestingly, these storms began the night before along the Front Range which prompted me to be out shooting lightning. As I woke up, suuthwesterly winds scoured moisture out of the shadow of the Front Range in Colorado, but moisture was holding strong along the eastern border and into Kansas and Nebraska.

I headed out with Tony Laubach and Ed Grubb and we met Johnathan Skinner at the rest area in Wiggins and he joined us. Upper level support was already upon us and the well-heated plains already started to boil. We could see convection off to the southeast as we headed eastbound on I-76. We stopped at Julesburg and got to some higher ground south of town to observe and wait for the day to evolve. Tony spent most of the time enjoying the attention of a herd of cattle. 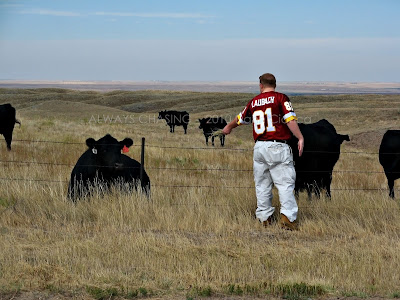 Mesoscale Discussion #1887 was issued at this time. We could see a boundary on radar that stretched across southwest Nebraska. This boundary at one time was a cold front that had pushed south across the plains and had spent the day prior rather stationary. With southerly flow and the trough approaching, it began to act as a warm front, though it was never anchored to a surface low. The airmass to the south of the boundary started to mix from west to east as the day progressed and we started to worry about ever seeing an easterly component to the southerly winds. Still, convergence along the boundary was breaking the cap and towers began to shoot toward the sky from Akron, Colorado to Gothenburg, Nebraska. The better moisture was obviously to the east, so the eastern storms were stronger. We continued past our original target of Ogallala and stopped in North Platte to refuel, waiting for the string of pearls to greet us along I-80. 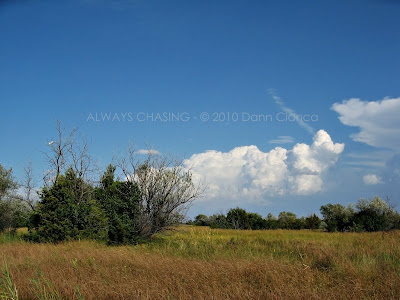 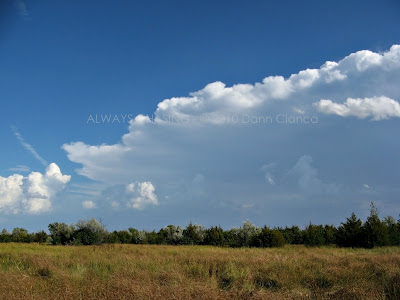 The line of storms from North Platte.

As we were leaving North Platte, Tornado Watch #684 was issued. The difficult decision at this point came from the fact that none of the storms in the line seemed to be stronger than the others. A few pulsed up to a more intense strength but we couldn't seem to find one that took over. We tried to predict where the best inflow was and that brought us through some light cores with maybe half inch hail toward Gothenburg, where we tried to head south to get on the inflow side of the line.

We dove a bit south of town and the view wasn't much to speak of. I didn't even take any pictures. A cell back west started to load its core, so we decided to get back on 80 and get on it as opposed to going south and going around. We headed south at the Maxwell exit and attempted to core the storm, but the road turned to dirt after the the scenic Cottonwood Canyon reservoir and the storm seemed to pulse down as well. A cell in the line to the east now looked stronger, so we headed back to the Brady exit (between Maxwell and Gothenburg) and headed south for a few minutes before that storm pulsed down.

We soon found ourselves in the parking lot at a gas station near Brady, trying to figure out what to do. We had been looking at CAPE and the radar all day, but it dawned on me that it might behoove us to look at pressure since a lot of the surface winds at nearby stations were being affected by nearby storms. To our dismay, there was no real low on the Nebraska/Wyoming border. The lowest pressures were along the boundary, directly to our north, a little to the north of Stapleton... and it appeared to be slowly moving east. That would explain why the surface winds were due south all day and thanks to the fact that the upper level winds were southwesterly, there really wasn't that much wind shear and thus, we couldn't get anything severe to save our lives.

It was getting dark and I realized that if we were going to see something tornadic, it would have to be east of the low along the boundary which stretched from Stapleton through Broken Bow and further ESE from there. There wasn't a lot of optimism in the vehicle at this point and eventually, we decided to head east, hoping one of the cells near Gothenburg would get something going. As we were heading east on I-80, a cell along the boundary near Broken Bow became tornado- warned. 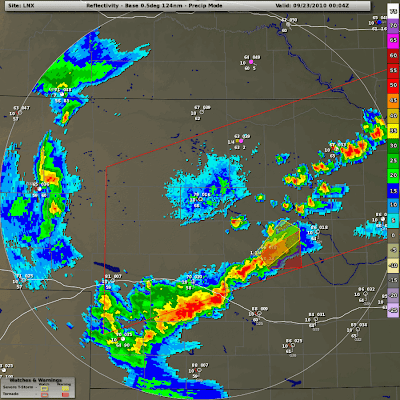 We were still at least an hour out if the storm was stationary, so that wasn't going to work. Still, there were a few cells heading that way and the hope was that they'd move north and hit the boundary and turn. We left the highway at Gothenburg and started to head east and eventually north, but it seemed like everything was turning to garbage fast. We stopped as our cell was an outflow mess and the cell to our north weakened. Even the once-tornado-warned cell had weakened. I tried to grab a lightning shot as we sat in the outflow, but to no avail. I even bared my chest to the storm in an effort to scare it into shape, but that didn't work either. 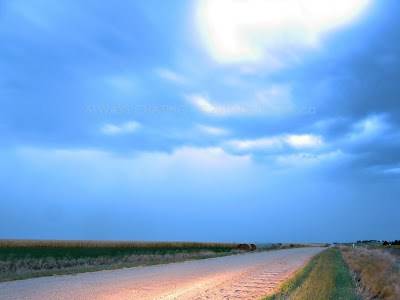 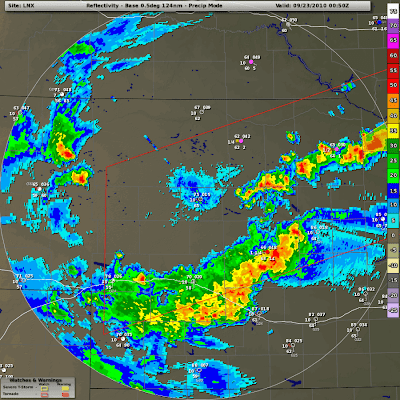 And that, was that. We saddled up and headed on home. It's funny... on successful chase days, I can go forever without eating, but on days like this, I look to food for comfort. I found that comfort at Sonic in Sterling. It was, as they say, Sonicgood. The four of us had a lot of energy built up from the day, so we got a little goofy... 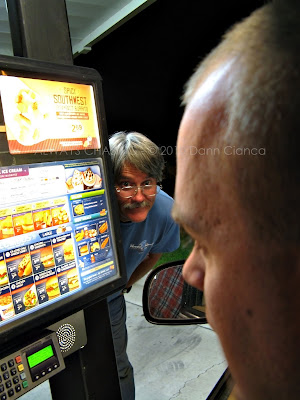 He's snatchin' yo' people up. 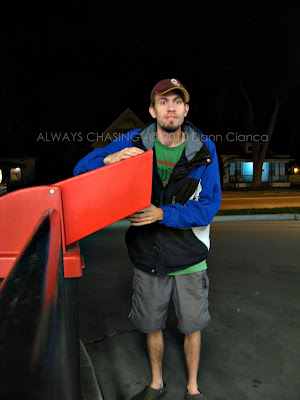 I don't like to have to beg to keep a fella' out of the trash, but I made an exception.

We even timelapsed the moon. Perhaps I should look at that footage... hmm... By the way, the gas station near the highway exit in Sterling has ridiculously high prices. It was over three dollars a gallon for regular, while down the street it was $2.70. Lame.

Other reports on the date:
(None) ... apparently no one wanted to talk about it. 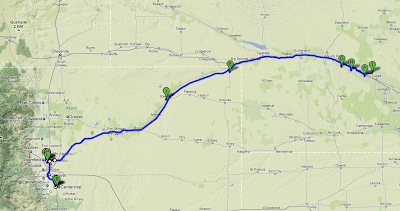 It was fun to head out with some good friends, but the weather didn't cooperate. Due to the orientation of the boundary and lack of a strong surface cyclone (even perhaps more so the weak cyclone along the boundary too far to the east), the surface winds never really aligned themselves in a manner that would support a decent supercell. In retrospect, I think there may have been a hint of this in the models, but the inconsistency definitely lead us to focus on the more favorable solutions.