We were off again early on the second day.  This time, I wanted to check out Cascade Falls near Grand Lake in Rocky Mountain National Park.  Joining me was my Uncle Scott, cousins Brad, Brian, Ashley and Chase.  I had visited this area of the park before, twice hiking the Adams Falls area, one of which I talk about here: http://blog.bigskyconvection.com/2009/08/2009-family-reunion-day-three-august.html

The trail to Cascade Falls is a relatively popular one and we had a bit of trouble finding a parking spot but eventually, we were off.  Colorado had experienced an almost historic late-season snowpack, so despite the fact that it was mid July, the rivers and streams were still swollen with meltwater. North Inlet Creek, which the trail paralleled was no exception.  The creek looked more like a river and had no discernible bank.  It simply disappeared into the thick grass of the open meadows.  In stretch, the creek actually encroached upon the trail itself which required a detour.


After a while, the trail climbs slowly away from the meandering creek.  Into the timber, a small bridge crosses a small stream which I found to be quite photogenic. 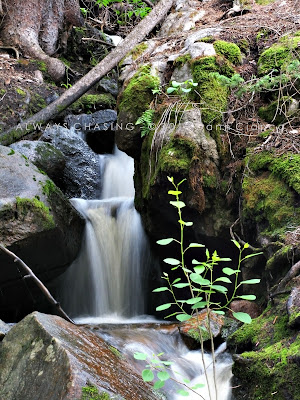 The trail continues on in the timber, climbing well away from but still paralleling the creek.  It's just over three miles to the falls which we found to be more of a cascade than anything else.  In fact, it was difficult to find a vantage point where you could see the "falls" in their entirety.

I busied myself for a while taking pictures, trying to get as many angles as possible. 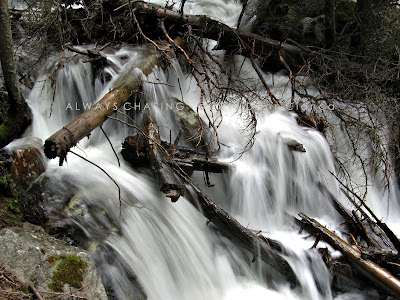 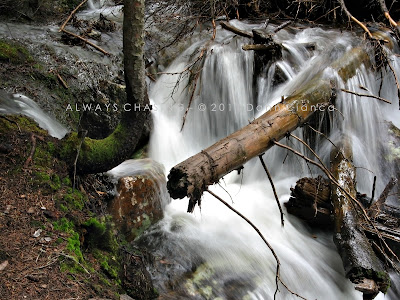 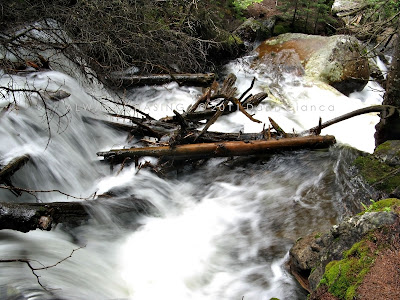 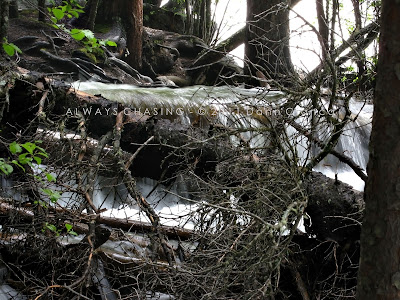 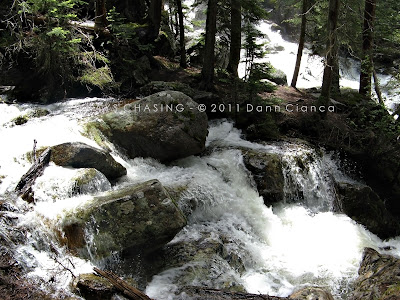 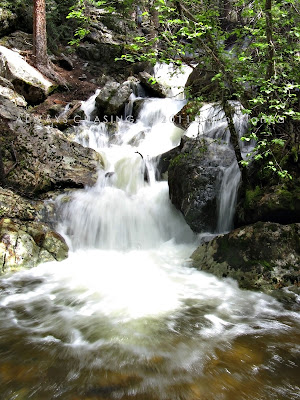 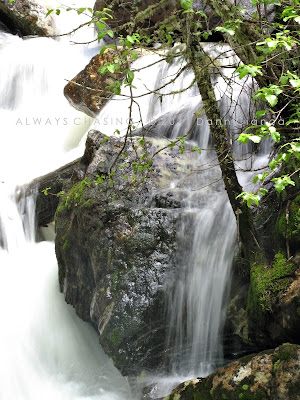 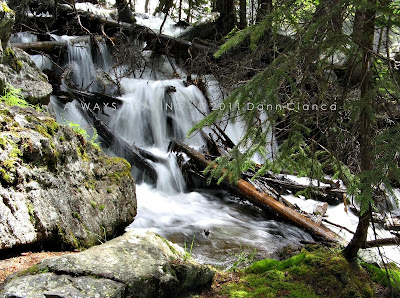 And then my attention turned to smaller objects. 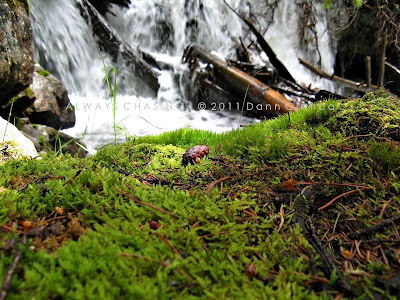 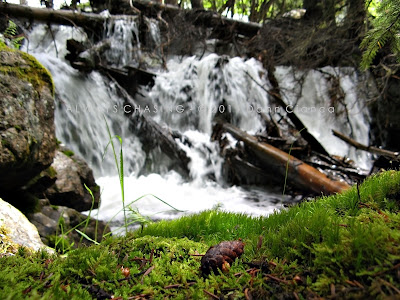 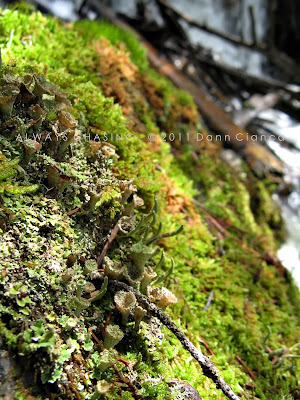 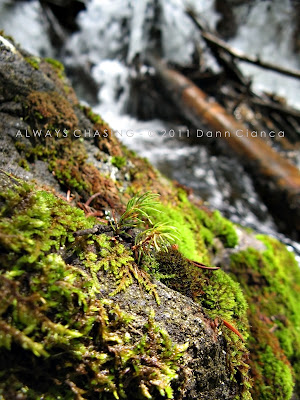 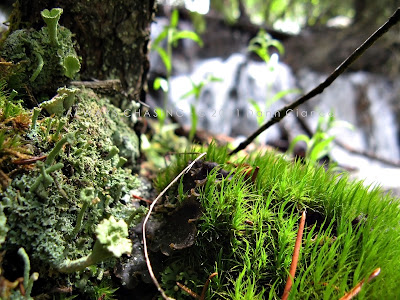 Everyone was ready to leave at a certain point and I was still running around looking for things to capture images of.  Eventually, they all started to leave so I followed. 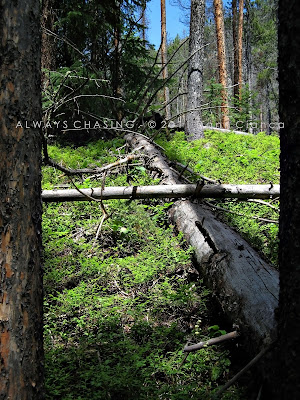 I picked up the rear almost all the way back and just when I had caught up, I found my idyllic little stream again.  I took a few more minutes to image it. 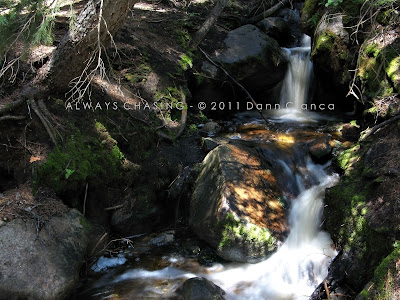 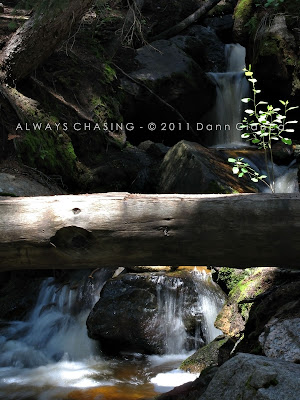 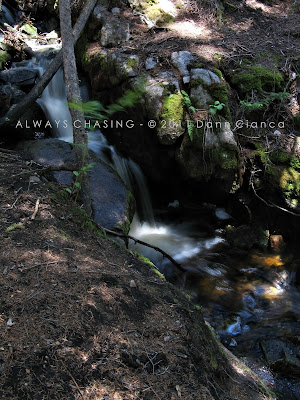 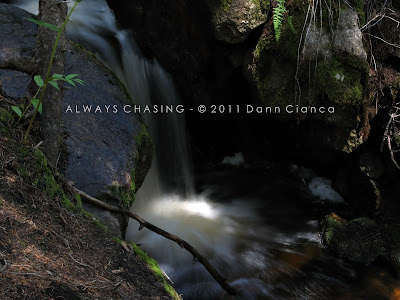 I caught up to everyone again where the creek had flooded the trail.  They were fishing or were otherwise occupied, so I sat down on a rock, took my shoes and socks off and dangled my legs into the crystal-clear, cool water, sitting in the sunshine for fifteen minutes or so.

Finally, everyone was ready to head back, so we left together.  A half mile down the road, it was realized that someone forgot something, so if I recall correctly, Chase went back to get it.  We were the last to arrive back at the cars.

Here's a useful map:  (total elevation gain of about 400ft) 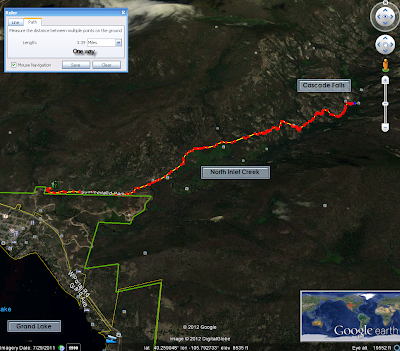 From the trailhead, we met a couple other relatives including my dad at the Grand Lake Brewery.

Afterward, I left separately and met Erik & Amanda Burns in Granby for a beer and a visit.  Then, it was back to the lodge to hang out with my family for a while longer before I hit the road back to Grand Junction.  The visit was short, but I feel like I made good use of my time!