I stopped in at work on my day off to look a little deeper into the weather since I didn't have internet at home.  At potent, early summer storm system was heading into the west with the upper level low centered over the Great Basin.  In combination with the already-blossoming monsoon moisture, thunderstorms were erupting over much of the area.  There was enough support to give us a Mesoscale Discussion (#1442), which was the first that I could recall being in on the Western Slope all year.

Somehow, I ended up in a news vehicle with our weekend sports guy, Pierre Noujaim, headed for the Redlands as an ornery thunderstorm collapsed off of the Monument.  To make a long story short, it was a little windy, but that was about it.  We took a little video of the winds and brought it back to work. 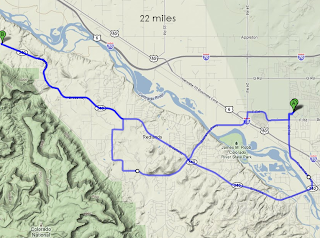 Later that night, more storms came through.  This would prove to be frustrating as a strong storm was putting down a lot of great cloud-to-ground lightning in the Fruita area.  In an attempt to get in better position (what's new?), I basically missed the show.  While I did get to drive through a vigorous core, that was the extent of the fun for me.

By the time I was in a dry location, the lightning had evaporated.  I had spent a considerable amount of time driving around in the desert north of Fruita... but alas, nothing.  The following image was about all I would get to capture. 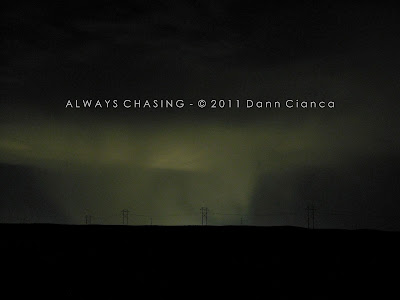 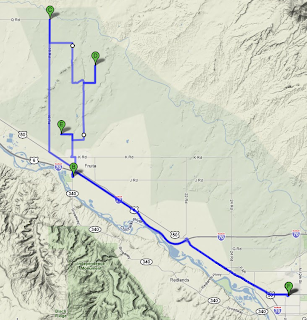