When I moved to the Western Slope, I knew that storm chasing opportunities would be few and far between, but I found solace in the fact that the monsoon would bring good lightning.

Monsoon moisture began to work its way into the area in mid-June and I spent quite a few nights trying to get a bolt in frame; a task which seemed easy at times in the Front Range.  I was finding it quite difficult on the Western Slope, however.  But that didn't deter me.  I obediently drove into the desert at any threat of late convection hoping for a chance.

On this particular Wednesday evening, the tail end of a shortwave riding atop the ridge was drifting through northwest Colorado.  It had been quite hot during the daytime and relatively moist for the desert.  As night began to fall, the dewpoint increased into the 50s.

In the early evening, storms began to fire over the Tavaputs Plateaus in eastern Utah and then drifted across the border.  I left my house after 8PM or so and drove west on I-70.  I left the highway at Loma and then drove north on Colorado 139 out of the irrigated valley and into the rolling hills of the desert.

I recall the surface winds being pretty strong as I pulled to the side of the road to shoot.  As the storms road the Book Cliffs to the north, they began to fizzle to some extent.  Still, there was a bit of lightning and out of persistence, I was able to capture my first Western Slope spark in frame.  It's nothing exceptional, but at the time, I was relieved and excited. 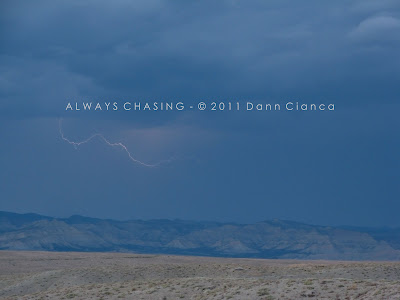 I stayed at that spot for about a half hour before the storms really died down.  Though the first lightning shot was the best, I was able to take a couple of images that were keepers of some sort; at least showing the scene in a way that I wanted to keep. 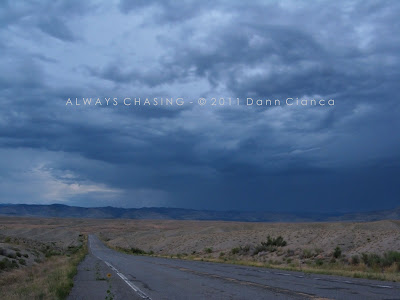 Looking north-northwest on Colorado 139 toward the Book Cliffs. 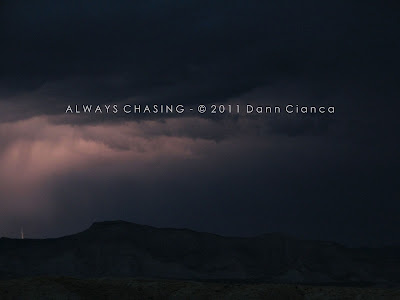 Lightning illuminates the crest of the Book Cliffs

Satisfied, I headed home.  My first non-bust lightning chase of 2011 on the Western Slope!  Luckily, it wouldn't be my last. 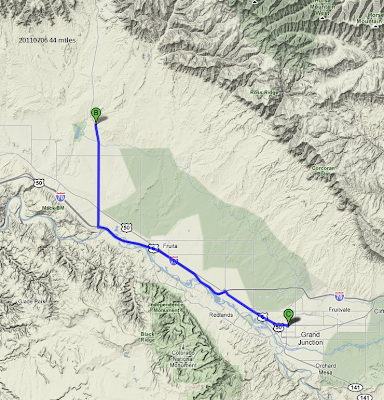