Sunday, the 5th of the July was the day it was "okay" for me to chase in Montana. I had been watching the setup for weeks beforehand (which is out of character for me ... I usually don't look past 180 hours). There was a time that the day looked great for severe weather in North Central Montana and I was already planning on making a trip up there. However, a few days out, the GFS slowed down the approaching system and had it arriving on Monday or Tuesday.

The night before, I was pretty damn sure I was not going to chase. I had made plans to maybe to check out Skalkaho Falls as though it is within an hour or two of Butte, I had never been there. (I have a secret love of waterfalls). As the early afternoon approached, however, I liked the chances of seeing some storms form to the west of Butte. The Pioneer Mountains lit up with convection, so I hit the road, fueling up in Rocker.

As I rounded the bend and could see south, I found myself looking at a strong storm exhibiting what looked like a bit of a wall cloud. I got excited and blew south on I-15. 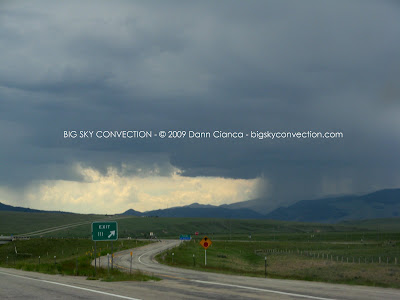 The closer I got to it, however, the worse it looked. When I arrived at Maiden Rock (Moose Creek Road), the storm had all but crapped out. Unfortunately, without a lot of dynamics, you live and die by the terrain. The mountains push up the storms and then the bottom falls out on the lee side. 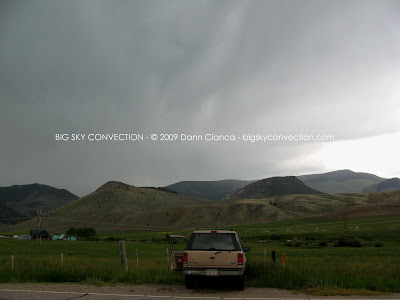 Unsure of what to do at this point, I continued south on I-15 hoping something would pop up. There were a good deal of storms over the Centennial Mountains to the distant south so I continued in that direction.

The cu field that was overhead soon began to thin out and the storms to the south started to die. As best as I could tell (I didn't really have any data), we had some subsidence move in. 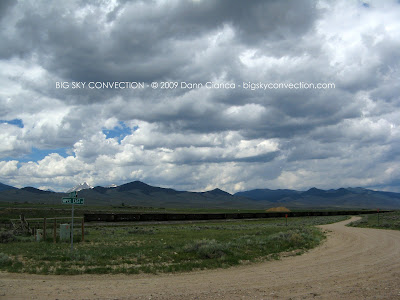 I was supposed to meet my family for dinner in Divide, MT at 5PM so I decided to head west on Montana 278 over Big Hole Pass and into the Upper Big Hole Valley. I knew I'd have a good view to the Beaverhead Mountains to the west from there. 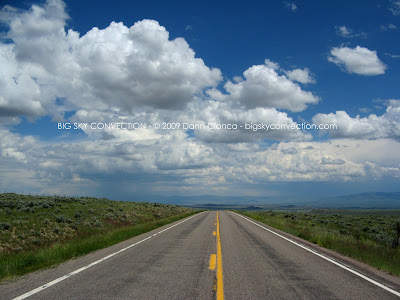 Looking back east on Montana 278 to the dying cu field. 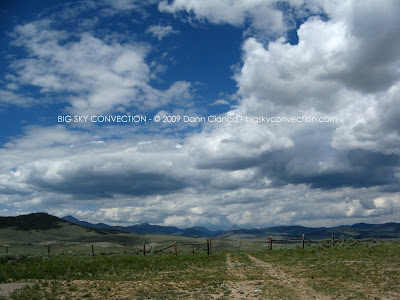 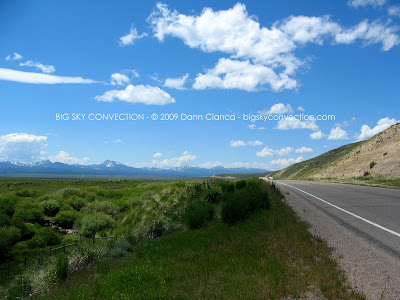 Looking to the north-northwest just south of Jackson Hot Springs, Montana. Visible is the Upper Big Hole Valley and the distant Beaverhead Mountains.

By the time I got into the Upper Big Hole Valley, the skies had completely cleared. It was, however, astoundingly beautiful. A testament to the amount of moisture that has fallen this year, the area was exceptionally green. This area is farmed mostly for hay and is also known as the Land Of 10,000 Haystacks. I figured I'd head west out of Wisdom and get up on the divide to see if anything was coming up over the mountains of Idaho, so I turned left on Montana 43 past the Big Hole Battlefield National Monument and up to Cheif Joseph Pass were I passed into Idaho. I turned north onto US 93 over Lost Trail Pass to peek into the Bitterroot Valley but found no appreciable storms. I'm not sure if this venture was actually to see storms but to say I had been in Idaho on the day, but it served both purposes.

At this point, the chase was pretty much over. I hadn't had cell coverage in over an hour (welcome to Southwest Montana!) So, I turned back and drove back to Wisdom. There were a few showers to the north over the Anaconda Range, but nothing too exciting. 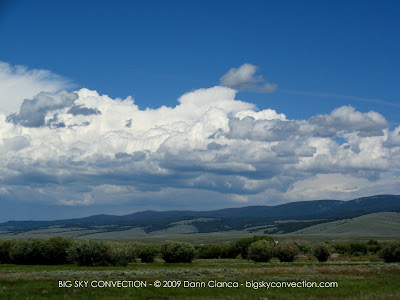 I met with my grandma at her cabin in Divide as well as my dad and cousins Brad and Brian who had all just returned from a fishing float trip on the Big Hole River. They were all exhausted and covered in mosquito bites ... not to mention the fact that they got rained on pretty good from that first storm I had decided to chase.

We eventually met with my mom and sister as well as Brad's parents for dinner. Originally, we planned to eat at the Blue Moon Saloon in Divide, but it was mysteriously closed. So, we had a delicious dinner at the Hithcin' Post in Melrose. I had a fantastic t-bone steak (I owed myself a storm chase steak after the June 7th Elbert County tornado) and we all went home. 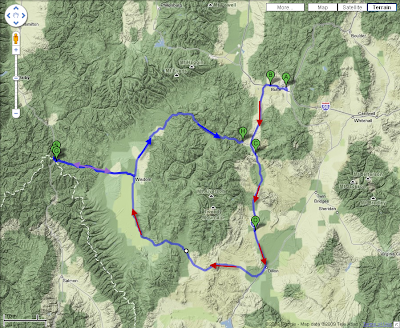 Kind of a bust of a chase, but it turned into a beautiful outing for exploring Southwest Montana.