... we had some storms in Denver today! I was pretty caught up at work to pay much attention until I saw it get rather dark outside. When I poked my head out, I saw this: (taken with my phone) 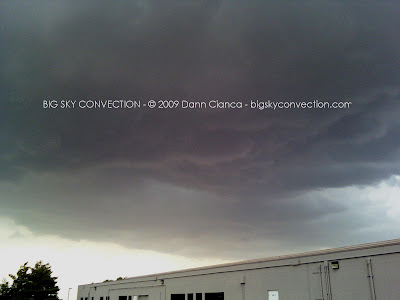 I didn't have my camera with me at work, so I just sat outside and watched a weak wall cloud lower and then cycle. The RFD cut the updraft in half and pushed the rotating areas south and out of contact with the main storm. We watched this happen a couple of times. Soon, the 30-35kt winds blasted us with rain and we stayed inside ...


After I had sat home for a while arm-chairing while other chasers caught up to the tornado-warned storm near Limon, I watched a wave come down the Front Range ... you could see it lighting storms on the footies and I knew it would intensify as it hit the metro area. ... and it did. I saved a radar image but for whatever reason, it didn't turn out. Anyway, I grabbed my tripod and headed over to the field near my house. The south end of the storm (which was moving SE) seemed to pulse and shelf out. 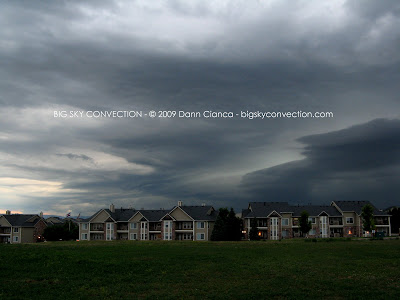 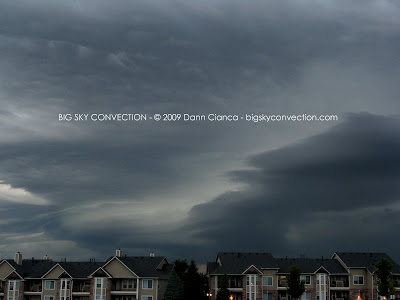 It was still rather light enough, but there was enough lightning to warrant trying some lightning shots. I set the camera to F8 and started taking some 0.6" exposures. Though I didn't know it at the time, I did capture some lightning in this image: 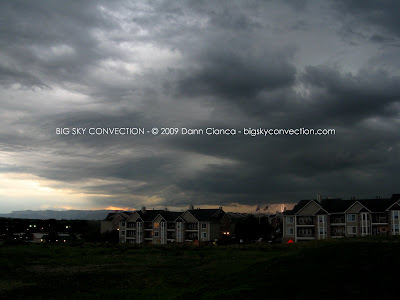 As the storm approached to my WNW, I watched a smaller cell put down a ton of cloud-to-grounds to my south-southwest, so I aimed there and kept my finger on the shutter, hoping to time one of the repeater bolts and get one of the return strokes. ... and it turned out, that I managed to grab two within a minute or two of each other! I'm not going to lie ... I was proud of myself. 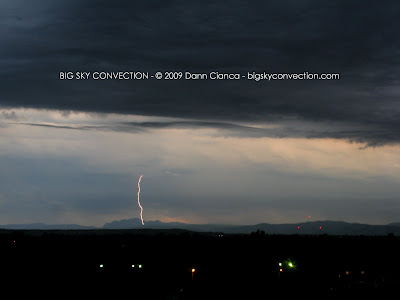 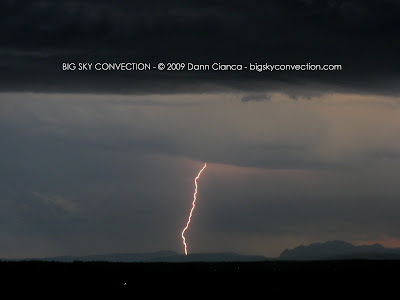 With that, I headed back in, not wanting to get my camera equipment wet. Unfortunately, as I sat and watched the storm come by and weaken on radar, I left my damn window open again, inviting in the rain to dampen my carpet. I'll learn eventually!

When the storm passed, I thought I'd try and go back out to get some more lightning. It had weakened significantly, however, and I just managed to get a nice shot of some of the nearby buildings with the late evening light kissing the bottoms of the retreating cloud deck. 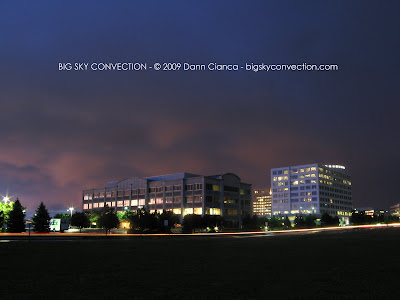