I sleep like a log when I'm in my own bed ... but outside of that comfort, I have trouble catching Z's. It was for this reason that I was awake at 5:45AM. I figured since I was up, it would be a good idea to take a hike and see a waterfall that other family members had been to the day before. So, I put on a sweatshirt and braved the cold air outside. I was surprised to find frost on my windshield but considering we were staying at 8600ft at the bottom of a valley surrounded by 11-14,000ft mountains, the cold air wasn't too much of a surprise.

I found the trail head without much problem, although there was signage indicating that the parking area was closed due to some planned logging efforts that morning (the beetle-kill in this area of Colorado is absolutely astonishing). Aside from a young man tending to some horses that I had passed by earlier, I was the only soul up and about however.

I parked a way up the road and hiked back to the trail head. I found that once I hit my stride, I was surprised how thin the mountain air was. I found myself quickly short of breath, which irked me considering that I had been making an effort as of late to go out on runs and keep in shape.

The elevation gain on the hike was only about 400ft over just a bit over a mile, so it wasn't too bad and eventually I came upon the falls as the rising sun began to kiss the tops of the trees in the area. The falls were sheltered in a bit of a hollow, which allowed for a bit more shade, allowing me to do some longer exposures. So, I set in and photographed for twenty minutes or so. 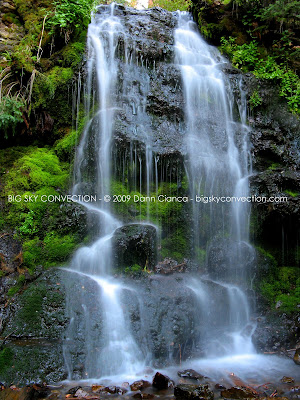 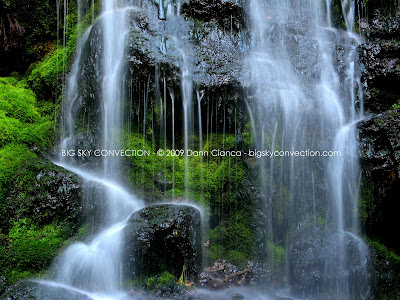 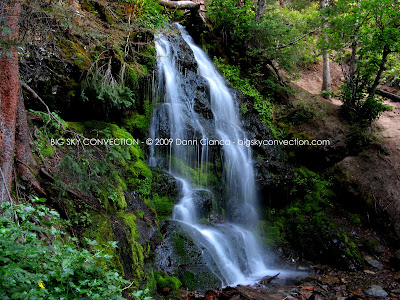 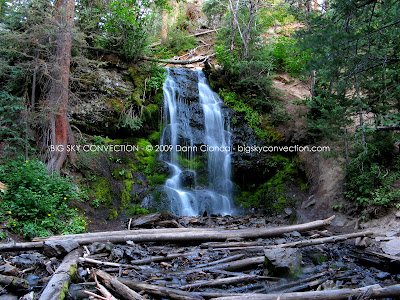 Eventually, it got a bit too bright and I started working my way back down. I took a few shots along the way but none really came out very exceptional. I didn't encounter any wildlife save for squadrons of large hummingbirds, which was a treat.

Near the bottom, I came upon a still beaver pond which had a reflection that was too nice to pass up ... 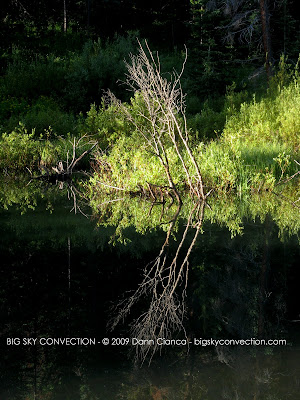 I made it back to my vehicle as the loggers began to arrive and drove back to the cabin. I had a good view to the southeast and saw some smoke hitting the inverted atmosphere over the Fraser/Winter Park area. In the shot below, the lodge we stayed at is at center. 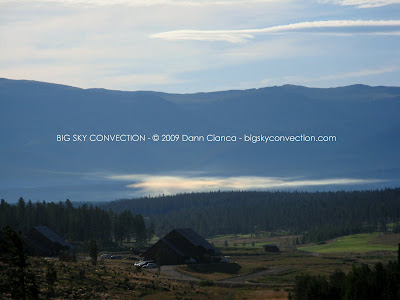 Later in the day, I visited Rocky Mountain National Park with my parents and sister and that night witnessed one of the best lightning displays in memory. Pictures to come ...

Fantastic photos Dann, I want to be in the mountains NOW.
What a beautiful spot, sad to hear you got them nasty beetles too, who needs em.

Thanks Pat! It was nice to escape the city for a few days.