As the weekend approached, the plan was to chase on Sunday with Johnathan Skinner. That morning, however, we both cited a huge lack in surface moisture (dewpoints in the metro area were in the 30's) as a reason to not go out. Still, I watched the radar all day. There was enough shear to make anything that went severe, I just knew everything would be high based. Even the plains moisture was lacking ... Akron and Limon both had dewpoints under 40ºF all day. To top things off, it was capped all day.

You can see where this one is going, can't you?

So, it's in the early evening and I'm watching storms fire off the foothills. They look high based and stay sub-severe. However, something catches my attention. Across the metro area, storms keep forming in the same place and ride the same track out east. While reflectivity-wise, they aren't *too* impressive, the shape looks oddly supercellular. So, I go out on my balcony and look north ... finding myself staring at an astonishingly robust tower.

The first storm I was watching was already out east, but here was this storm directly to my north. So, I mobilized and hit the road. Here is the radar about the time that I left. (notice the smaller cell directly over central Denver ... this one was my target) 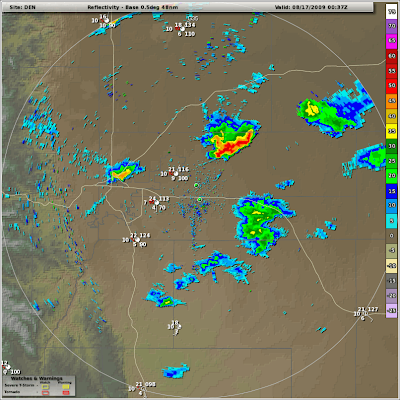 After filling my fuel tank, I was on the road and now a bit behind the storm. Unfortunately, I never was able to catch it. I followed it all the way out past Bennett where I watched it begin to fail. 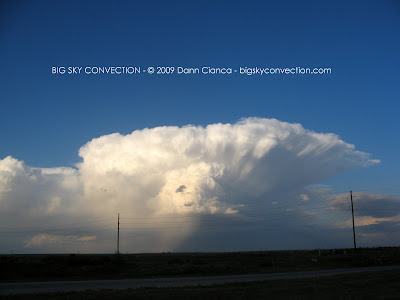 Looking around me, I saw some convection to my south on the Palmer Divide which was distributing the occasional C2G, but I was unable to capture any do to infrequency and a the still-daylight conditions. 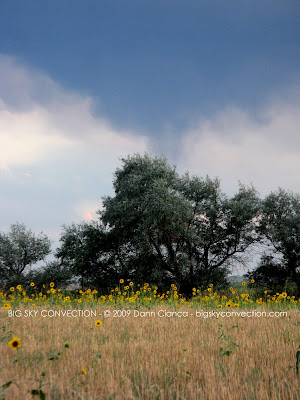 I noticed that there was a cell over the mountains which was now making ground on the Footies. I decided to head back toward town when it left the Footies and took on brief supercell structure on radar. The light was getting low enough that I decided that the chase had turned into more of a lightning quest. So, I drove north on Manilla Road just past US 36 and set up shop.

I took a few pictures which did not come out very well (I'm still using my auxiliary tripod) and soon found myself absolutely swarmed with mosquitoes. It was almost too much to handle. I gave up on this location as there were storms to the north that were lighting up. So, I drove a bit to the north forgetting I was in the inside of the "elbow" made by Front Range Airport and stopped at the bend. The lightning was frequent enough and the light was low enough for longer exposures. So, I got out and set up.

Unfortunately, it took only moments before I was covered in mosquitoes again. It was so bothersome, that even though it was still rather warm out, I put my rain poncho on and counted my blessings that I had thought to wear jeans instead of shorts. This left the only open skin being my face ... and let me tell you, the mosquitoes knew it! There was a constant dental drill sound orbiting my head and I spent a good deal of my time fending the insects out of my eyes and nose. The lightning really began to pick up, though, so I pressed on.

Eventually, I could not stand it anymore and though I was getting some good shots of lightning and the Front Range control tower, I was very close to packing it in for the night.

Then ... something amazing happened. At my moment of greatest mosquito peril ... after I had most certainly contracted West Nile and Malaria ... the outflow kicked in and within 30 seconds, the mosquitoes were gone ... and remained that way for the rest of the night. As the storms formed all around me, I could only sit and continue to click the shutter for the next hour and a half, getting some of the best lightning of the year, if not ever. 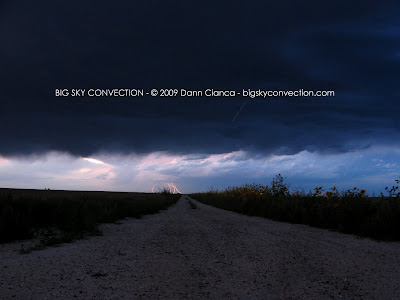 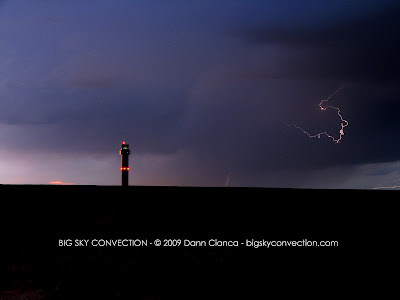 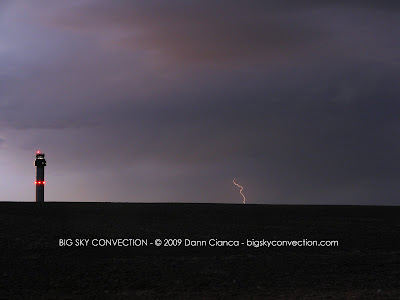 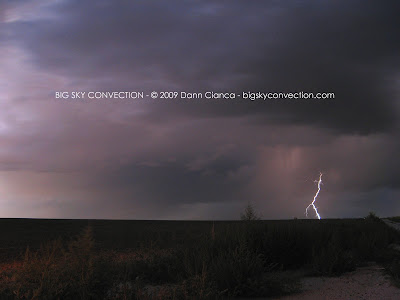 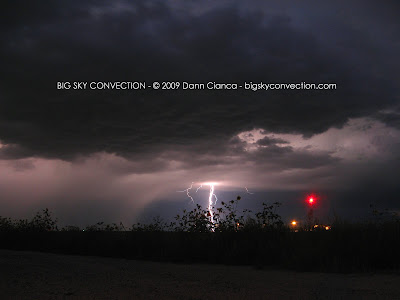 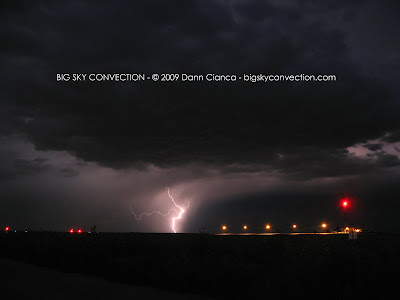 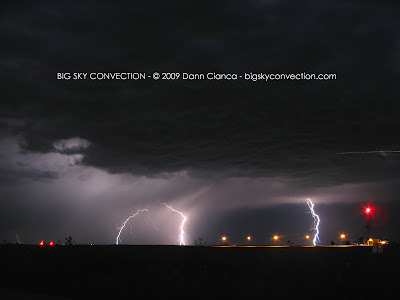 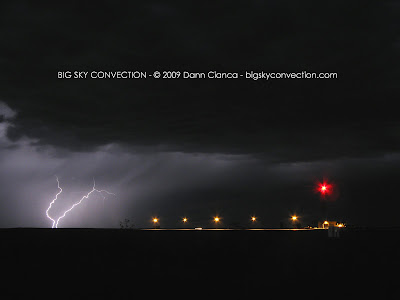 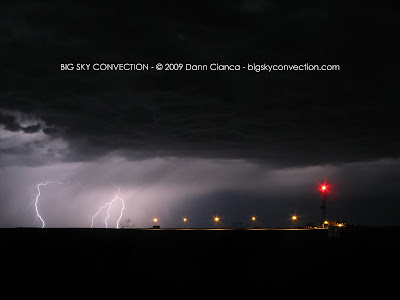 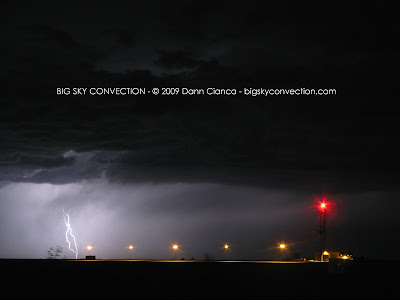 More storms began to form to the south, so I turned my attention there. On my first capture, I caught this, which by the way was only one discharge (not multiple strikes) 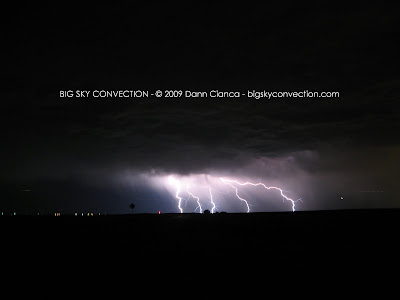 Another little cell formed west of me and I watched it with great interest. It was coming toward me and the precip was lit by the city, so I was hoping for a good, close CG ... but unfortunately it never produced. 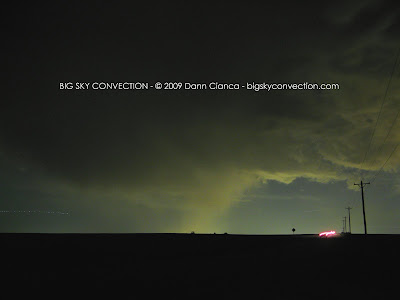 I did get a little precip blown off from the storms to the south and heard the discharge in the power lines ahead, so I kept a low profile for a while. I was unable to capture the two very close bolts that struck, but I continued shooting as the storms slowly faded to the east. 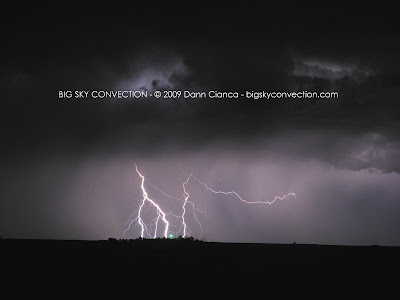 The storms faded away and it was getting late, so I called it a night. I think I might have been a bit dizzy from losing gallons of blood to the resident mosquito population, but it was worth it! 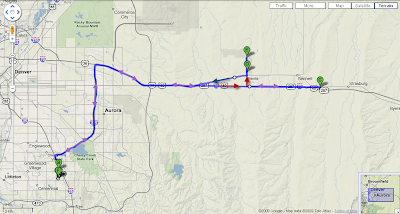