So, it goes like this: It's a Saturday morning and I'm on my way to a dental appointment when suddenly, I get a text message from T-W0LFF asking if I wanted to come chasing. Well, of course I did ... so after I got my teeth cleaned, I met Tony downtown at the Auraria Campus and we went up to his place to stage the day. After a lunch at Wendy's, we were on the road northbound for an initial target of Cheyenne. There were a few showers in the Nebraska Panhandle already and an apparent wave coming over the mountains in central Wyoming. I hadn't forecast for the day, but I knew the basic synoptic setup. ... shortwave ... etc.

Things were fairly quiet in Cheyenne, but there was a boundary visible on satellite. Tony's laptop went to heaven, so we were rather dataless (though we did have our phones), which made the entire experience more fun for me. I mean, we are both meteorologists, so we should be able to forecast our way out of anything, right?

So right ... the boundary, yes. We pushed into Nebraska on I-80 and a few storms fired off the boundary near Sidney but met a quick death. Just ahead of us, though, another one formed. (You can see it on the radar image below ... north of Lake McConaughy) 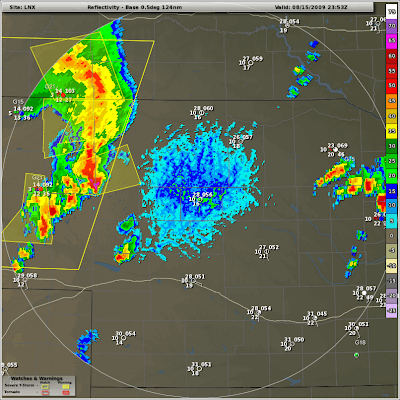 The shear was good enough for supercells and we figured it would have some nice air to work with ... moving into better moisture, CAPE, etc. Plus, it was out ahead of the shortwave which was rapidly forcing a squall line forming behind us. Though the storm was a bit to our north, we pressed east on I-80 in order to get ahead of it. 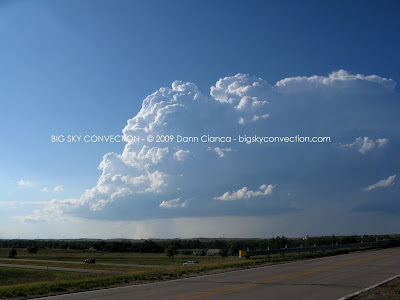 We got off the highway at Paxton and headed north. Unfortunately, the moment we got off the highway, the storm's updraft rapidly declined. Ten miles or so north of the exit, we stopped and watched it die. We were in good spirits however and just started goofing around. I mean, what else do you do in the middle of nowhere? 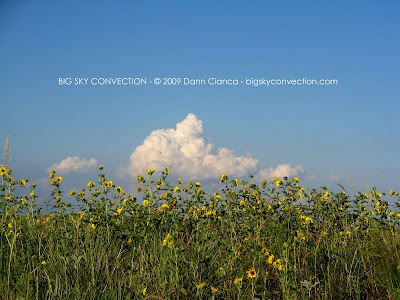 A little cumulus cloud on a capped boundary to our east. 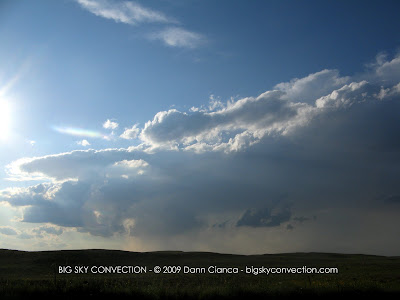 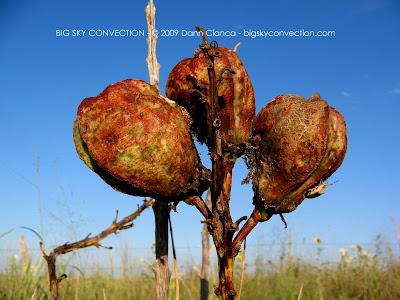 I have no idea what these were ... some kind of seed pod, I would imagine. 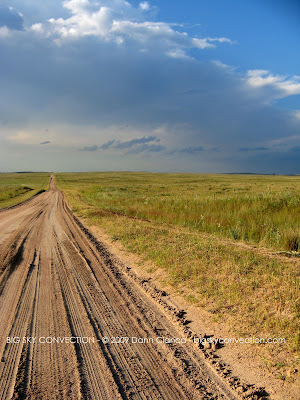 There is a hidden beauty to the plains. 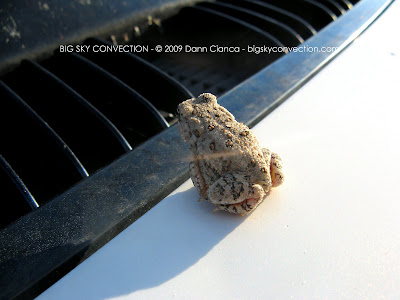 Found this little guy hopping around. I cornered it for a photo op before releasing it back into the dry brush. 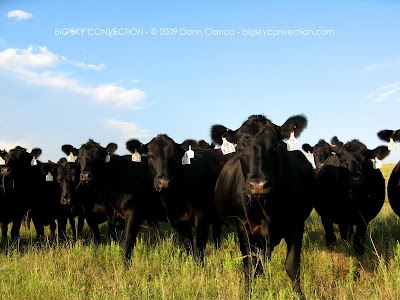 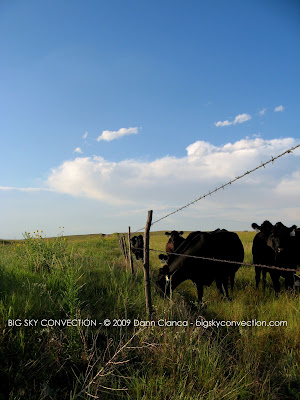 So yeah, we even found some cows to harass. It was an odd situation. Eventually, we realized that there was actually a storm to our west. Sure, it was the squall line, but I have a love for shelf clouds. Suddenly, it was "chase on" again. The western sky became darkish, so we got back down to Paxton and then went west on US30 to Ogallala. I was kind of hoping for a storm + Lake McConaughy shot, so we positioned in the hills south of the reservoir ... and were promptly eaten by bugs. We did shoot around a bit and then Tony videoed me running after the van as he pulled away, with a cloud of bugs around my head.

Here is the radar at that time, plus a couple of photos of the beautiful advancing storm: 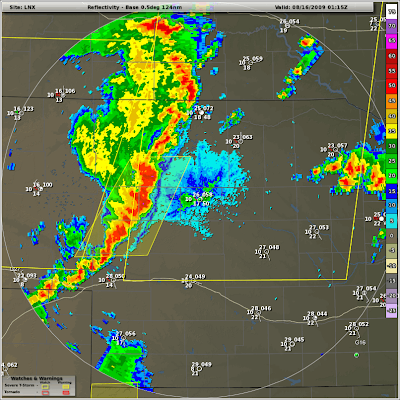 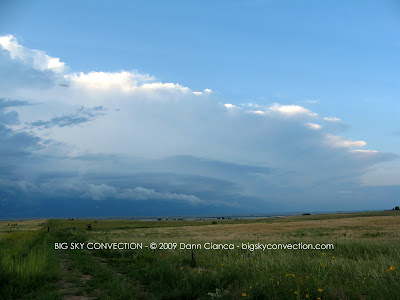 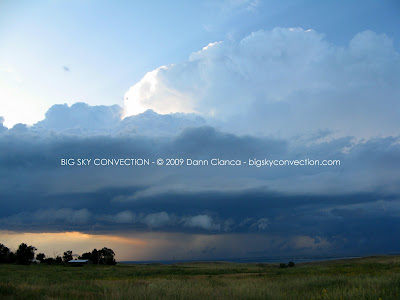 Finally, we went to the dam and watched the storm come through. There was quite a lot of wind on the lake and even 50 feet above the surface, we were getting hit with spray. As tended to happen during this chase, things got a bit silly. I'm not going to elaborate, but I believe Tony has video. 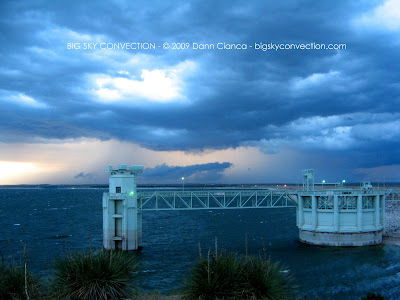 We sort of gave up at this point and headed back west down I-76 into Colorado. We encountered a few storms, but none worth stopping to shoot lightning from. We had dinner at Sonic in Sterling, Colorado and were home before midnight.

Though the storms were less than loose, it was a really fun day. Thanks to Tony for the ride and for putting up with my political manifesto on the way home. 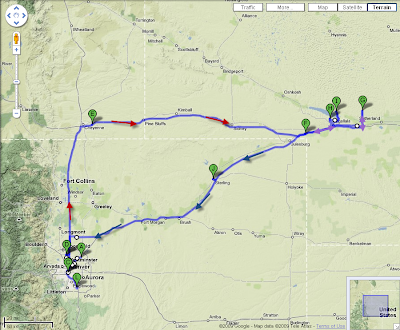 You know what, it was a bust of a storm, but a fun outing none-the-less.