Another day at the flood center for me. The shortwave pushed some showers off of the mountains, but they never really developed. Outflow from storms on the Palmer Divide did set off a few storms east of town, but nothing exciting.

In the early evening, an outflow boundary pushed up against the foothills, sparking a storm which rode the foothills southward. It was very photogenic: 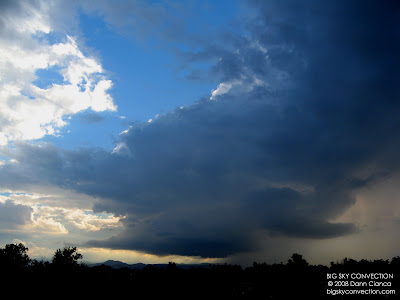 Nearing sunset, it had reached the south end of town. 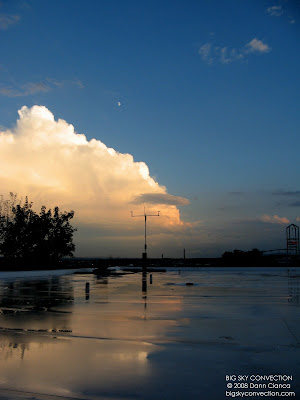 Later on in the evening, Jon Van de Grift activated the lightning net, so on my way home from my aunt & uncle's house, I set up on the far north end of town. I sat there for probably a half hour with a pounding headache, taking shots. It was pretty frustrating too as I didn't have my tripod, so I was using the windowsill of my car to take shots. Without any obvious motion, I was still getting really blurry, light-streaked photos. Especially the few with lightning! I have a few, perfectly crisp photos of just landscape. Grr.

I finally gave up and headed back into Denver. Lightning to the south of town, however, caused me to stop one last time and set up again. So, I pulled into the parking lot of the flood center (I knew it had a good view) and shot again. Again, I got blurry photos! I was pretty frustrated again ... got a few really crisp shots, but my only CG is really blurry. Just be glad it's a small version ... I wouldn't click on the full-size. ;) 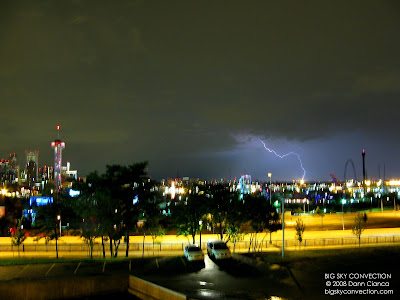