This year has been so busy around here storm-wise, that it's rather hard to keep up. A day that would normally get your attention becomes just another stormy day. The year has been unprecedented. I usually spend Sunday evenings at my aunt & uncle's house up in Thornton and this Sunday was no exception.

Hanging out after dinner, my cousin came in and said that it was raining. During the baseball game earlier that day, I had remarked to a meteorologist friend that we'd see some storms that night, the cap breaking late. And sure enough, it did. A disorganized supercell formed right over the metro and slowly moved east. I was able to hit the market to get some extra batteries before pursuing and was able to keep up with it for the most part. I stopped at 136th & Holly in Thornton for a few pictures, but was using my backup tripod as my primary had met its end under the tire of my Ford Exploder a few days before. I managed to salvage one shot that wasn't blurry from this set: 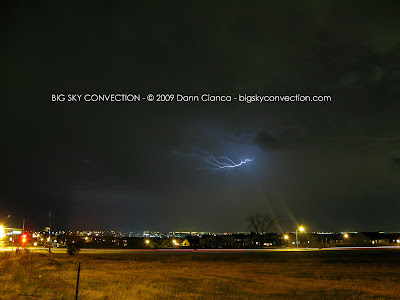 I moved on from there out east and ended up finally stopping at 120th Ave. and Imboden Road, out in rural Adams County, northeast of DIA. I shot for a long while here, as the lightning show was amazing. I experimented with different settings and adjusted my tripod such that I could get the best shots without it moving. 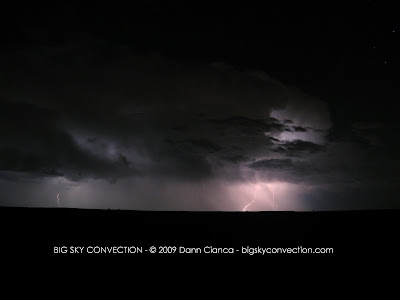 Unfortunately, it didn't always work out as planned. For whatever reason, I decided to turn my camera down the road I was on instead of on the storms to my east. With the first exposure, I caught a massive positive discharge out of the side of the tower. There may or may not have been some hootin' and hollerin', hollerin' and hootin'. Upon zooming in however, I found that the foreground was blurry ... ruining what for me was an exceptional capture. It's still nice ... but could have been great. 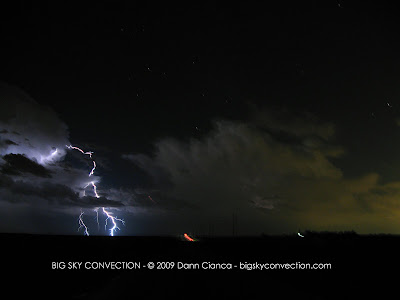 Storms continued to develop to the south and move east, so I had plenty to watch. Though the mosquitoes were bothersome, I lingered until the bolts started getting more distant and caught a lot of strikes.

(The air traffic around the airport always makes for interesting photos) 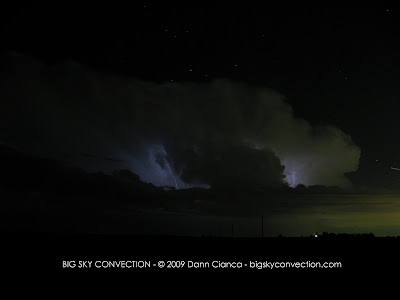 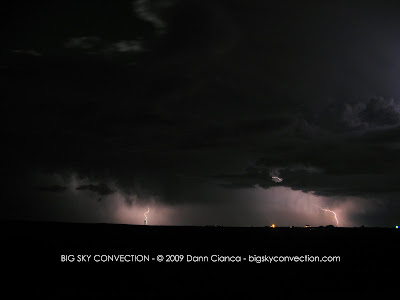 And finally, my route: 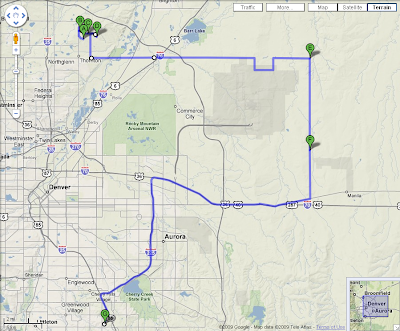